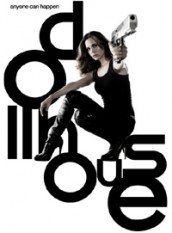 Tim Minear served as consulting producer on Season One of DOLLHOUSE and executive producer, with creator Joss Whedon, on Season Two of the short-lived Fox series.

DOLLHOUSE, which starred Eliza Dushku as the eventually self-aware Echo, concerned a secret business wherein human “dolls” had their original personalities wiped, to be replaced by whatever sort of persona (spy, lover, mother) high-paying clients wanted for short-term engagements. Minear wrote and directed the episodes “Getting Closer” and “Omega,” and scripted “Belle Chose” and “True Believer.”

In Part Two of our exclusive interview, he talks about what might have happened had DOLLHOUSE had a third season, and about the passing of actor Andy Hallett who Minear worked with on ANGEL. 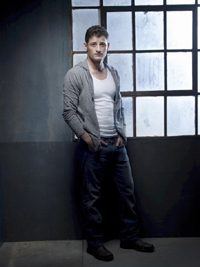 ASSIGNMENT X: Were you very involved in both seasons of DOLLHOUSE?

MINEAR: Yes, I was involved. I was there the whole time.

AX: One of the episodes you wrote, “Belle Chose,” had Enver Gjokaj as “doll” Victor being imprinted as two other characters we actually see in the episode, a serial killer and then the party girl imprint we see played earlier by Eliza Dushku …

AX: Was there any discussion on DOLLHOUSE about what Season Three might be, or did everybody think, “There is no way in hell this is going beyond Season Two”?

MINEAR: Well, it’s funny, because there wasn’t a huge talk about Season Two [laughs], because we thought there was no way in hell it was going beyond Season One, which is why we did that episode that didn’t even air, “Epitaph One,” or as it was known at the time, “Epitaph” [laughs]. We thought that was going to be the end of the show. And so when we came back to do Season Two, “Epitaph One” ended up being the bane of my existence. I wrote and directed my last episode, which actually had a scene from “Epitaph One,” but I had to try and make sense of everything that had gone on in Season Two in order to get us to this big reveal of Boyd at the end of that episode. I also had to keep in mind “Epitaph One,” even though it hadn’t aired. What I didn’t want to do, for people who watched it on DVD later, was for them to say, “Well, that doesn’t match to what they said happens later in ‘Epitaph One.’” So it was a giant puzzle. So no, there wasn’t a lot of talk after Season One, but your question is, was there talk at the end of Season Two? Because of the fact that we had this extraordinary second season happen, which no one was expecting, we actually did start talking about Season Three [laughs]. Which just goes to show you.

AX: To ask a really nitpicky question, the last episode you wrote and directed, “Getting Closer,” ended with the reveal of Harry Lennix’s Boyd as the puppet master behind the Rossum Corporation. If Rossum needed Echo’s spinal fluid that badly to further their ends, why was he willing to risk her getting killed in the field so often?

MINEAR: Well, that’s why he became her handler. He was willing to risk her being killed in the field, because you have to put her through her paces – I mean, she was sort of the object lesson in a science experiment for him. He really needed to see how she would evolve. That is why he became her handler and came down from his ivory tower and stayed as close as he could. 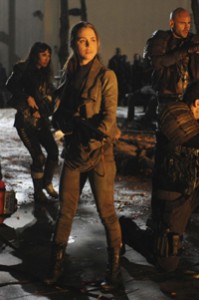 AX: What would have happened in DOLLHOUSE Season Three?

MINEAR: Well, I think one thing that helped Season Two was that we got canceled, because remember, we got canceled before we finished that run, so we had to take the last four or five episodes and cram a lot of what would have been in Season Three into Season Two, and what that ended up doing was, it gave it a certain amount of momentum in the second half of Season Two that I’m not sure it would have had had we not had the axe dropped on us prematurely, or maybe it wasn’t prematurely – it’s hard to say.

What I think we came to was, by having Echo become this sort of superhero and having her become the sum of all these different imprints, of all these parts, and allow her to become this sentient being with [all of this incorporated into her], we found a way to make her a character. I think the problem in Season One was, you had this concept that sounds great when you’re pitching it, but when you sit down to write it, it’s, “Okay, so now we’re writing a show about a main character who can’t remember what happened last week.” Which I think was a little boring for the audience, because they’re so far ahead of her. So when we started allowing her to remember things, and then started taking the concept and making it into what her superpower was, it started turning into something else. I think what you would have seen in Season Three is [a series] a lot more embracing of its mythology and turned into more of a superhero show. It would have been a little bit more like BUFFY in some ways. 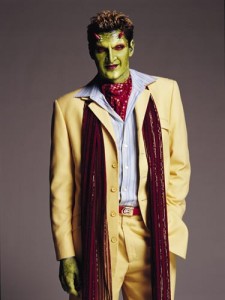 AX: To make an awkward segue, speaking of BUFFY and its spin-off ANGEL, it’s been well over a year, but do you have anything you’d like to say about the passing of Andy Hallett, who played Lorne on ANGEL?

MINEAR: Well, I think I said it on my [Facebook] page. I put together an in memoriam . That’s what I did when I heard the news. The loss of Andy Hallett is large and it still looms for me and it’s just very wonderful that we got to have him as long as we did on the show. You can’t really quantify how special it was, because here was this guy who was not a professional actor, and Joss had come up with this idea for this character based on Andy. He was somebody who was in Joss and [Whedon’s wife] Kai’s life, somebody from Kai’s hometown, somebody that they knew, and they came up with this character based on Andy, and [Whedon] brought Andy in to read for this, not guaranteeing that he would cast Andy in this role, and Andy came in and won the role and no one else could have played that.

[Lorne] was absolutely the easiest character on the show to write for, ironically enough. Here’s a guy who was not a professional actor, but he just had such a clear idea of what that character was. And Andy was not that character, but he embodied it so perfectly that it just made it incredibly easy to write that character. We weren’t planning to keep him around for as long as we did, which was until the bitter end, and we did. And so in a way, it’s obviously a tragedy – it’s tragic whenever somebody that young [age thirty-three] passes away, but boy, the last ten years of his life, he got to do a lot of stuff that a lot of people would have liked to do, so I think that you can’t say that his life was a tragedy.

Stay Tuned for Part 3 of AX’s exclusive interview with Tim Minear as he talks about DRIVE, WONDERFALLS and more.