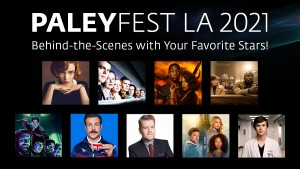 PaleyFestLA is an event typically held several times a year. Sponsored by the Paley Center for Media, PaleyFestLA has moderated panels with the cast and creators of various television shows. The bad news: COVID-19 prevents this spring’s panels from being held in person. The good news: people can watch the initial slate of programming from anywhere – not just Los Angeles – for free on the Paley Center’s dedicated channel on Verizon Media’s Yahoo Entertainment, beginning Tuesday, March 30, 10 AM ET/7 AM PT. Paley Center members have access beginning Friday, March 26.

This PaleyFestLA, the series include BIG SKY, EVIL, THE GOOD DOCTOR, THE LATE LATE SHOW WITH JAMES CORDEN, LOVECRAFT COUNTRY, THE QUEEN’S GAMBIT, SIX FEET UNDER 20TH ANNIVERSARY REUNION, TED LASSO, and WHAT WE DO IN THE SHADOWS. 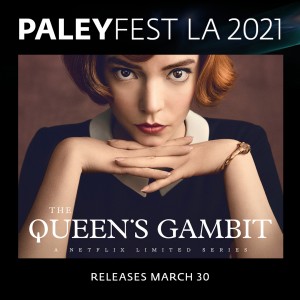 ASSIGNMENT X: What was the inspiration to do PaleyFest this way this year?

RENE REYES: At the Paley Center, we’re continually inspired by the diversity in television storytelling today. Even in this extraordinarily challenging year, we’ve seen so many creative and imaginative series come to the fore. And knowing the extra level of innovation it took, especially given the pandemic, to get them on the air, well, that’s pretty inspiring.

Another key element is the connection audiences feel with the shows they love. Fans are really passionate, and in some ways, they’re connected to the shows, the stars and the creators in more ways than ever. At PaleyFest, to have the opportunity to celebrate both the artistry of the creative talents who make the shows, while also acknowledging that vital audience connection, is pretty thrilling.

AX: What was the criteria for your program selections – the shows themselves, availability of panelists, some combination of above? 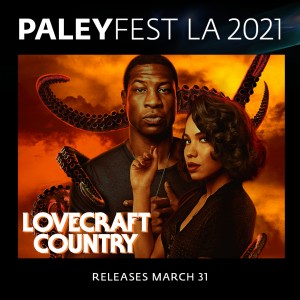 REYES: It all starts with the shows themselves, and what they’ve achieved artistically and culturally in a given year. Since the Paley Center was founded in 1975, we’ve preserved, celebrated, and given context to the history of television — past and present. In some aspects, we take a long view when considering shows to be honored by the festival. We consider where each series or individual performer fits in the arc of great television across the decades. Plus, as a member-based organization, we have the good fortune of hearing from our members regarding the series they’re passionate about.

AX: Do you provide any tech to the panelists, or are they using whatever they have at home?

REYES: This year, we’ve all had to innovate, and learn new skills, whether we’re working from home, or putting together a festival like this. When we hold PaleyFest in person, it’s a huge technical endeavor on our end production-wise, but the series’ casts and creative teams aren’t as much a part of that process. They arrive, and take part wonderfully on stage in really terrific conversations. Now, in a sense, everyone’s involved in the technical aspects of this production. The actors, producers and writers are joining us on their personal devices from wherever they are in the world. At times, we have three continents represented in the same panel. We do tech checks in advance of each event to ensure we’re getting the best sound and picture, et cetera, but just like in real life, we still have to say “hey, you’re muted” from time to time. 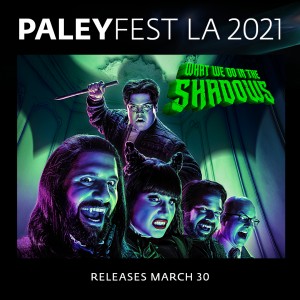 AX: When were these recorded?

REYES: Most of the conversations were recorded over the last month. With approximately eighty actors and creators taking part, it’s a jigsaw puzzle in terms of scheduling across multiple time zones. Out studio and network partners are so helpful in this regard, and each show’s publicity and marketing team are the real superstars in making this event possible.

AX: What have you learned that will be useful for next time?

REYES: Working in the virtual space has been a continual learning experience. The new skills we’ve learned, and the different ways in which we’re producing and presenting programs like these, will ultimately make these events stronger when we return to an in-person experience. It’s allowed us to connect to audiences around the country and the world, audiences who might not have had the opportunity to travel to Los Angeles or New York to attend in person. Our partners, Citi and Verizon, have helped amplify that reach even further, and I think some aspect of the virtual experience will be with us from now on. That’s only going to make the connection between the shows we honor, and their fans, even stronger. That’s a great thing!​