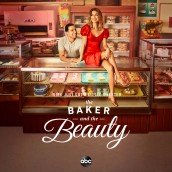 THE BAKER AND THE BEAUTY: Victor Rasuk on new romcom series – Exclusive Interview 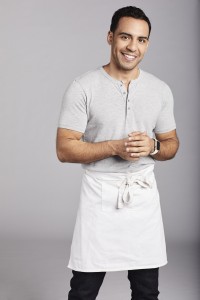 ABC’s new romantic dramedy series THE BAKER AND THE BEAUTY, premieres its nine-episode first season on Monday, April 13. Set in Miami’s Cuban-American community, THE BAKER AND THE BEAUTY introduces us to Daniel Garcia, played by Victor Rasuk. Daniel is a down-to-Earth, blue-collar guy who works at his family’s bakery. His life is turned upside-down when he unexpectedly becomes romantically involved with superstar Noa (Nathalie Kelley).

Rasuk, a native New Yorker, previously had regular/recurring roles in the series TOM CLANCY’S JACK RYAN, COLONY, STALKER, HOW TO MAKE IT IN AMERICA, and ER. His feature credits include LORDS OF DOGTOWN, SPINNING INTO BUTTER, STOP-LOSS, CHE, JOBS, GODZILLA, and the FIFTY SHADES franchise.

ASSIGNMENT X: How does it feel to be holding up the banner of the working class while also playing presumably the most romantically appealing person in Miami?

AX: How would you describe the romantic relationship between Daniel and Noa?

RASUK: I think the chemistry, or the way to describe the relationship between Daniel and Noa is playful, heartfelt, I think intense at times. I think it’s also childish [childlike], in the sense that they both remind each other of a time of innocence.

AX: Have you had to learn anything about baking to play the part convincingly, like kneading dough, or anything like that?

RASUK: I learned how delicate dough can be, and how delicate you need to be with dough if you want to make what you want to make with it. It’s very malleable at the same time. But also, how I prepared for this role, like I was saying up on the stage, I love [meal ingredient delivery services] Blue Apron and Hello Fresh, so I know how to cook already, and I know all about timing and heating. And I also saw a really great award-winning documentary, called KINGS OF PASTRY, and I just got to see the passion and what it takes to make – it’s an art, it’s an art form, so I was able to study and see what it takes. 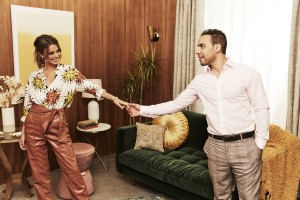 AX: Is anything you make during a shot edible afterwards?

RASUK: Yes and no. If you actually gave me the real time to make it, it would be edible, but because there’s a time lapse [within the episode], and we’re shooting a show, they cheat how long time, real time, actually is.

AX: So you’re just making a piece of whatever it is …?

RASUK: Right, but if you waited forty-five minutes, you would eat it [laughs].

AX: Because your character Daniel’s new girlfriend Noa is so successful and lives this really high lifestyle, are there things you get to do as Daniel that are fun for you to do as an actor?

RASUK: Yes. I just got to drive a really fast Corvette on one of the episodes. We also got to fly in a G6, whatever they’re called, a private plane, and I’m sure that there will be more cool things I’ll be able to do.

AX: Is there any character that you’ve seen in movies or in TV that you could compare Daniel to in terms of either his down-to-Earthness or his charm?

RASUK: If you’re [asking about] somebody who’s sort of an everyday guy, somebody who I think embodies that really well, an actor, is George Clooney in his roles. I don’t know if there’s one particular role, but I think that he always knows how to play the everyday guy, the kind of guy you want to grab a beer with. If you’re asking what I love personally, I’m such a huge fan of the Dustin Hoffmans and the Robert De Niros of the world. I’m talking about their good stuff, like their 1970s, early stuff. And I also think it’s the climax of cinema, is the ‘70s. A lot of great films were made. Dustin Hoffman’s character in MIDNIGHT COWBOY, when he played Ratso Rizzo, which was a hustler New Yorker, who’s just trying to get by, and the dichotomy between him and Jon Voight, I love that. I love that role, and I love that movie. 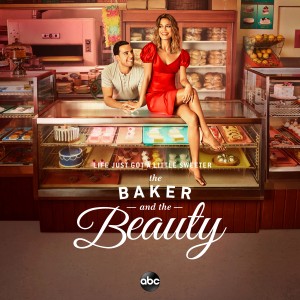 AX: How is the vibe with you and all of the actors playing Daniel’s family? Have you gone out for meals to do bonding or anything?

RASUK: I’ve been super-lucky to be in the business for eighteen years, and I would say that this is the cast that I’ve had the most fun with. This cast is the only cast, really, that I get along with off- and on-camera. And to answer your question, yes. We do outings together, we go on trips together, we have meals together. I absolutely love this cast.

AX: Is THE BAKER AND THE BEAUTY show bilingual or primarily in English?

RASUK: It’s primarily in English, but ABC has done a brilliant thing, where they’re allowing us to say Spanish phrases and Spanish sentences with English subtitles.

RASUK: It’s been great. I also have a long history with Puerto Rico. I shot two other films in Puerto Rico, one of them being the Che Guevara [CHE] movie with Benicio Del Toro. So I spent a lot of time – I mean, I had a very small part, but it kept me in Puerto Rico for four months, and I got to work with Benicio. And also, I have extended family in Puerto Rico, so I’ve been going back and forth since I was a kid. I’m very familiar. It feels like my second home. And I also feel honored and very grateful that I got to sort of be not only the lead of the show, but a very big network show that’s giving a lot of jobs to Puerto Ricans right now.

RASUK: Well, I did JACK RYAN Season 2 with John Krasinski, which is currently out now, and then I have an indie movie called HOLY NEW YORK, which also explores relationships. It’s kind of like the Adam Driver movie, MARRIAGE STORY, but it’s a way more independent, a fraction of the budget kind of movie.

AX: And what would you most like people to know about THE BAKER AND THE BEAUTY?

RASUK: What I want people to know is, there’s not a TV show like it out there. I think it’s witty, I think people are going to not only engage, but they’re going to relate to a world that they’re not really familiar with, because of the great actors that we have on it.

Article Source: Assignment X
Article: THE BAKER AND THE BEAUTY: Actor Victor Rusak on Season 1 of the ABC romcom