The actor also talks co-creating the KINGS OF CON series

DRIVEN is a light-hearted, low-budget horror film. Richard Speight Jr. stars as Roger, a demon hunter who is perhaps in over his head when he engages the rideshare services of driver Emerson (Casey Dillard, who also wrote the screenplay). The film has won Best Feature Award at both the Jackson Crossroads and Tupelo Film Festivals, Best Homegrown Film at the Magnolia Film Festival, and earned Speight a Best Actor Award at the Nashville Film Festival Graveyard Shift Competition for his performance (the movie itself was nominated for the Grand Jury Prize).

Speight has also directed eleven episodes of SUPERNATURAL, earning a Hugo nomination for his work on the episode “Just My Imagination.” Additionally, he has helmed three episodes of LUCIFER, co-directed and starred in the feature NORTH BEACH, and directed all ten episodes of the series KINGS OF CON, which he co-created and stars in with Rob Benedict (Chuck/God on SUPERNATURAL).

During the lockdown, Speight is home-schooling his children. He takes time out for a phone interview to discuss his work on DRIVEN and more. 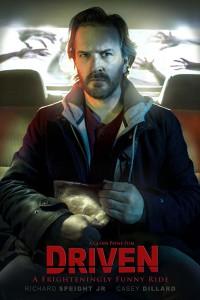 ASSIGNMENT X: How did you become involved with DRIVEN?

RICHARD SPEIGHT JR.: I wrote and directed a short film called AMERICA 101. And that film, which is – subtle plug – now available on iTunes, premiered for its festival run at the Oxford Film Festival in Oxford, Mississippi, where Casey Dillard and Glenn Payne [Payne directed DRIVEN and produced it with Dillard], and liked them immediately. They’re filmmakers, they’re hard-working, they were making their own stuff. I went back the next year to that festival with Rob Benedict and his short film THE SIDEKICK, and hung out with them again. And that was essentially it. We knew each other socially. We didn’t necessarily keep in touch between festivals, but I’d seen their work, and they’re just incredibly likable people, and incredibly driven people.

And they reached out sometime later to say, “Hey, we have this script, and we’d love to gauge your interest in being involved in DRIVEN.” They sent the script, and the script was just fantastic. It’s such a well-crafted movie. Now, making a small movie, meaning small in scope, that you can actually pull off on a small budget with a small crew and a small cast, and still have it be interesting and engaging, is so tough. You have to solely rely on your ability to tell a story with words, and simple set-ups, and simple execution. And the script, right there, is such a great idea, and cleverly simple in its conceit and execution. So I said, “Absolutely. If you can schedule this in a time when I’m not doing something else, I’m in.” And they did, and it took some jostling on their part, because they were going to do it in the spring, but because of my directing schedule with SUPERNATURAL, I had to ask them to bump it up to the end of the year, so we ended up shooting in January [of 2019]. They had to scramble to make it happen, but they made it happen, and it was a great experience. Glenn was so prepared and dialed-in as a director, and had such a clear vision of what he wanted – no joke, I was so impressed with how he pulled it off with his crew. And acting opposite Casey was so great. I had a hunch they would be great to work with and be dialed-in professionals who were prepared and ready to do their best work, and I was right.

AX: DRIVEN has an unusual visual conceit, in that the camera almost never leaves the car. Even when the action goes outside the car, the camera sits in the car, and the only time the camera does leave the car, it’s to look at the car from the outside. Did that affect what you were doing as an actor in any way?

SPEIGHT: No. That was all Glenn’s design as director, and he had this whole shot design, based on the idea that the car is a core character. You’re in it, or outside it, or looking at it, or whatever, the car is in the frame at all times. I thought that was just awesome. I was baffled by it at first, but as I went through the scenes, it’s so clever, and such a great way to make, again, something small still be cinematic. But no, that doesn’t affect me, because I’m there doing my thing. He would direct me in certain ways, like, “Hey, for timing purposes, I’m going to cue you later,” or “Do this instead of that, so I can hold you in the frame.” But barring direction in those kinds of ways, it didn’t affect my performance choices. 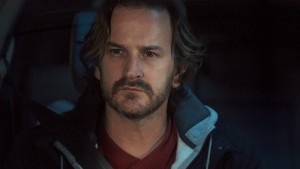 AX: How would you describe your character Roger in DRIVEN?

SPEIGHT: He’s a trust-fund guy who thinks of himself as being way more risk-taking than he actually is. I think his heart’s in the right place, because he wants to undo the wrongs of generations of his forefathers, but he’s very clunkish in how he approaches it. Watching him try to get aggro is humorous, because he’s just struggling to do something independently for the first time in his life, but he’s basically been living a very sheltered existence. And the thing he’s trying to do by himself happens to be otherworldly. So it’s not anything anybody [can teach him]. So he goes from doing nothing to doing the hardest thing in the world.

AX: There’s a scene where Roger gets possessed and the entity possessing his body threatens to cut Roger’s throat. When you were doing that, did you have BLAZING SADDLES flashbacks?

SPEIGHT: [laughs] No. But I did think it was an interesting moment to have to play. And I’m the right age to remember BLAZING SADDLES, by the way. I remember that whole Cleavon Little [threatening to shoot himself, as though he has two personalities], “Do what they say …” It’s great. It’s a classic. But no, we weren’t going for a joke in that moment.

AX: There’s a SUPERNATURAL episode from 2015, “Baby,” that’s entirely from the point of view of the car. Do you know if the DRIVEN filmmakers are fans of that? This might not have come to mind except for you being a connecting factor, but …

SPEIGHT: I don’t think that’s what inspired them to write the script. I don’t think that was in their minds when they were coming up with the idea, or the execution. I think I may have mentioned that in prepping for the shoot, “Hey, there’s an episode that is all car-based in SUPERNATURAL,” and Glenn probably watched it, but that was not where he got the idea. He already had the vision of the movie that he wanted to tell, and if he referenced anything from SUPERNATURAL, I’m not sure.

AX: Although there are other characters in it, DRIVEN is largely a two-hander with you and Casey Dillard. Was it like doing a stage play in any way?

SPEIGHT: Well, like doing a stage play, insomuch as there’s amounts of dialogue that rely on Casey and me to be dialed-in in our moments and hold a scene together for two, three, four pages of dialogue at a stretch. So that element of the acting in real time and not doing it in small snippets was theatrical, but at the end of the day, it’s still a movie. So it’s still doing it ten times per angle, and all the things that come along with doing that. I actually enjoyed that part of it, though, being able to act for stretches of time, because most of the world of film and TV, you don’t get that opportunity. You’re limited by time or scope or style or something else. So even in prepping the material, it was nice to be able to work on mini-arcs within the grand arc. It was stretching the muscles that you don’t get to use a lot in TV.

AX: You also write and direct. According to IMDB, your first major directing piece was a feature film called NORTH BEACH that you directed and starred in. What was that?

SPEIGHT: That’s an indie film I made in ’99. I co-directed that with a buddy of mine Jed Mortenson. We both were at the University of Southern California. He was a cinema major, I was a theater major. We made that with a bunch of college buddies. We got a sound mix from Skywalker Sound, and got go up there to the ranch and mix this movie. And we shot it on 16-millimeter, for no money. So we had a 16-millimeter movie with a 5.1 surround mix. It’s got a million-dollar mix, and a hundred-dollar picture, but it got released, and it’s a really fun little Gen X rom-com movie about life in San Francisco in the late ‘90s, early ‘00s. 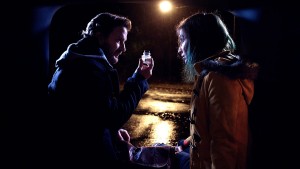 AX: You also co-created and starred in and directed all ten episodes of a series called KINGS OF CON. What was that?

SPEIGHT: KINGS OF CON is a single-camera comedy that I created alongside Rob Benedict. It was a scripted comedy series we made for Lionsgate, set behind the scenes in the world of fan conventions. Now it’s on Amazon Prime. Rob and I wrote all the episodes, and we both play the lead characters in all the episodes, and then I directed them all. I did cast some SUPERNATURAL alums, Jared Padalecki, Jensen Ackles make an appearance, Misha Collins, Kurt Fuller, [as well as non-SUPERNATURAL actors] Ron Livingston, Michael Cudlitz. It’s a really fantastic cast doing phenomenal comedic work in a fairly small-sized show, but we had a big footprint. We had big people involved, and the show is really, really funny.

AX: Was that because you had access to the convention scene and you were like, “Hey, free production value”?

SPEIGHT: No, we didn’t shoot at conventions. We shot like a normal show. We had a production crew, and rented a hotel and turned it into what we wanted to do, so it was not a run-and-gun production, it was an actual production. We set up and ran like a show, because it was a show. Alongside acting, I’ve written and directed for years, and Rob and I have really good comedic sensibilities that we share, and had this idea of doing something fun, kind of exploring the comedic elements of the convention circuit that we were so involved in. It’s all fiction, it’s all fictionalized, but we’ve become so familiar with the world that we saw a lot of humor in it that we could mine for a show, so we did.

AX: It’s sometimes tricky to depict your audience in a way that is humorous without insulting them. How did you walk that line?