The actor talks about his role in the Christmas romance, and working with a horse 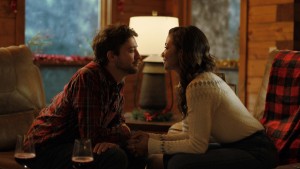 In the new Christmas movie BEAUS OF HOLLY, premiering Saturday, December 12 at 7/6c pm on Ion Television, Johnny Pacar plays one of the title characters.

Holly (Jennifer Freeman) is a greeting card designer who brings her beau Phil (Michael Copon) to a romantic weekend getaway to the picturesque small town of Winterland (played by Idaho Springs, Colorado). When Phil gets cold feet and backs out of the weekend, Pacar’s character, Winterland horse carriage driver Jake, takes it upon himself to cheer up Holly by playing tour guide. Even though Holly likes to schedule every moment of the day and Jake prefers to be more spontaneous, the two find they have feelings in common.

Pacar, a native Michigander, has had roles in series and films including BOSTON PUBLIC, AMERICAN DREAMS, FLIGHT 29 DOWN, WILD CHILD, MAKE IT OR BREAK IT, LOVE HURTS, and PLAYBACK.

Speaking by phone from Michigan, where he is visiting with his family, Pacar talks about BEAUS OF HOLLY and all things Christmas.

ASSIGNMENT X: How did you become involved with BEAUS OF HOLLY?

JOHNNY PACAR: I had worked with David Latt, who was the producer on this. We had worked together on a Syfy Channel movie [2011’s ZOMBIE APOCALYPSE]. For that movie, I played, around that time, I was still playing just out of my teens. He reached out, and said, “Hey, I have this script, and I think you’re really right for it.” And so, I read it, loved it, and I was like, “Yeah, man, I’m in.” [laughs] 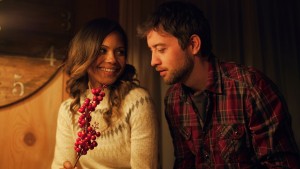 AX: How do you see Jake as a character?

PACAR: I think he’s sincere, compassionate, sort of laid-back, doesn’t expect too much, very low-key. I think, approaching it, he’s working up there in the mountains, driving a carriage. In the movie, he mentions stuff about past relationships. So, I think he’s just very introverted, but yet free-spirited in a sense. And when he meets Holly, it kind of wakes him up [laughs].

AX: Do you think Jake is immediately attracted to Holly, or at first, he just sympathizes because she’s hurting and all alone, and then becomes attracted to her through the course of being around her?

PACAR: Yeah. Obviously, in real life, [Freeman is] an attractive girl, but that initial attraction, I think, comes later [for Jake]. I think he just felt bad for her, sees this girl broken-hearted, wants to go out of his way to make her feel better. She had all that stuff planned. I think he’s a very kind individual, and he took that opportunity to be like, “Hey, let me try to make this girl feel better, and show her this beautiful place.” I think the attraction comes fairly quickly. Sometimes when you meet people, there’s just a chemistry, like, “I get this person, they get me.” There’s a comfort there.

AX: How was it working with Jennifer Freeman?

PACAR: It was great. She was really sweet, very easy going, has good chops. She was very open to things. We would play around in the scene. We were both very accepting of, “Hey, how about this?” Anthony [C. Ferrante] is a great actor’s director, because instead of just going, “Oh, it’s great, move on,” he’ll come back and be like, “We don’t need to do this whole scene [again], just give me alternate readings on this,” just to punch in different approaches, but not necessarily the whole entire scene, which is really refreshing, actually. We both really enjoyed it. She was great to work with.

AX: Jake talks about moving around a lot, and part of the plot tension comes from whether he’ll stay in Winterland or leave. Why do you think he moves around so much? Do you think it’s out of a sense of adventure, or he feels like if he stays in one place too much, he’s going to be reminded that he’s not as connected to it as he’d like to be? 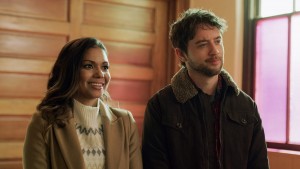 PACAR: I think it could be a little bit of both. I actually don’t think it’s adventure. I feel like it’s an uncertainty about maybe what you even want out of life, certain experiences that don’t pan out, and getting bored of the same sort of routine. I feel like he’s definitely somebody who embraces the change, so it’s not so monotonous. So, I think it comes from more of a personal thing than more of like just, “Ah, adventure! I just want to go here!” It’s more of an inner drive to experience something new, new energy, and new situations.

AX: Jake spends a lot of time with his carriage horse, Snowdrop, who is played by a horse named Ace. How was working with the horse?

PACAR: Oh, Ace. He was awesome. That horse was the sweetest. Obviously, just coincidence, but there was a time where they were like, “When we yell ‘Stop!’, we need you to hit this mark right here, because that’s the shot.” And I didn’t know what I was doing, they had just taught me [how to drive the horse carriage] right then and there. And so, I was like, “Oh, okay.” For really precise mark stuff, usually the guy who owned the horse would do it, but they were like, “We need you to do it, because we’re going close enough [with the camera] to see the side of your face.” And so, I whispered, I was like, “All right, Ace, we can do this, man. We’ve just got to hit this mark. We can do it, buddy.” And that take, boom, hit the mark. He didn’t veer off, he didn’t overshoot it, he just stopped right then and there, and I was like, “All right!” [laughs]

AX: Working with a true pro there.

PACAR: Yeah, he was a pro. He heard my words and helped out. 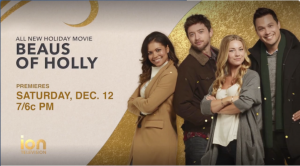 PACAR: Yeah. There is a scene where I pull up [driving the carriage] in front of the chocolate shop. That was the first day with the horse. That was a little hard, because I had to learn what to say, how to get him to go, to stop, hitting the marks. I think that scene was probably the most complicated. Once I got used to doing that, after the third time, I got better at it, so I knew what to say and how to pull the thing and have him stop. But yeah, that scene, it wasn’t so difficult, but it was probably the most difficult.

There were also certain scenes that were difficult in aspects. There was a day where we had twenty minutes, I felt like, to get the scene. So, it was so fast, and at the end of the night, and it was cold, because they had sprayed the snow [laughs]. So that scene was pretty challenging, just for time constraint purposes.  There are some obstacles, for sure, but yes, it was a very enjoyable experience – great locations, everybody was great. 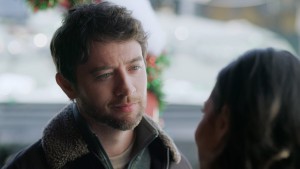 AX: What’s your attitude towards Christmas in real life? Are you a big decorate-everything guy, or are you more laid-back and goodwill towards all, but don’t drive yourself crazy?

PACAR: You know, it varies year to year, I will say that. When I first got my house, I remember, I was single at the time, and I was like, “Oh, I’m going to get this big tree,” and I got super into it. My whole life, I’ve always been really into Christmas. When I was young, I used to decorate my childhood home outside, put lights up and stuff. In my house now, back in L.A., I still like to decorate. Not as much – I like to do the tree and make that look great, sometimes some stuff around the house, but nothing too extreme anymore. As I’ve gotten older, I decorate a little less, maybe. I guess it depends on the year. Certain years, if I know I’m going to be gone, or we’re traveling a lot, then a little less.

AX: Did you originally come out to L.A. from Michigan to be an actor?

PACAR: I did, yeah, many years ago. I’ve been there for quite a while now. 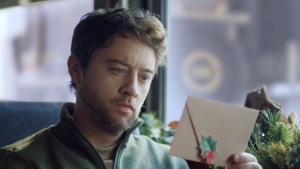 PACAR: I had one come out on Amazon, and all those streaming sites, and on DVD. It’s called SELFIE DAD. It’s a faith-based comedy. And that came out this past June. So, people can check that out. And then after this one, I don’t know. Right now, nothing’s lined up to come out. I released some music this past year, a single, “My Only One.”

AX: Are you a singer/songwriter?

PACAR: Yeah. Singer/songwriter, I play the guitar. The new single is out there on iTunes. I have a couple songs on iTunes, was in a band for a while, and put out a couple of EPs, but once the holidays are over, it’s back to the grind of finding the next project.

PACAR: That it’s just fun. It has a very fantasy, fairytale-esque feel to it in some of the tones. I think people will really enjoy the characters. I haven’t seen the final cut yet, but what I have seen, and filming it, it’s a very feel-good movie. Relax for the holidays and smile.