The executive chats about their current and upcoming slate 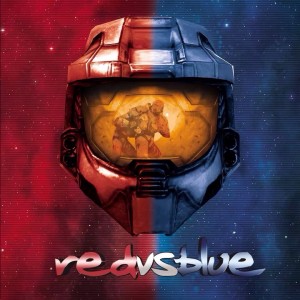 The company Rooster Teeth was founded by Geoff Ramsey, Michael Justin “Burnie” Burns, Matt Hullum, Jason Saldana, Gus Sorola and Joel Heyman in 2003. Their first production was RED VS. BLUE, which is still being made, and is now reportedly the second-longest-running Web series in history. RED VS. BLUE popularized the technique of machinima, or digital puppeteering. Set in the universe of the videogame HALO, using the game’s visuals, RED VS. BLUE has the HALO characters trading banter that ranges from comedic to existential in the downtime between firefights.

From these beginnings, Rooster Teeth has expanded its empire. Headquartered in Austin, Texas, Rooster Teeth now has multiple animated series, including the animated RWBY [pronounced “Ruby”], the first Western-made anime to be distributed in Japan, NOMAD OF NOWHERE, and gen:LOCK, which has Michael B. Jordan and David Tennant in its voice cast. Rooster Teeth is also now involved in live-action production of both series and feature films, including the 2015 release LAZER TEAM, sponsors both the RTX and LET’S PLAY conventions, and two online networks, The Roost and Let’s Play.

Rooster Teeth co-founder Ramsey, who also voices Grif in RED VS. BLUE, answers a few questions about some of the company’s various projects.

ASSIGNMENT X: Does RED VS. BLUE now exist in other universes than just HALO?

GEOFF RAMSEY: Well, no. The story exists kind in tandem to that universe. We’ve done other similar series, akin to RED VS. BLUE, in other video games. But that story, those characters, they all exist in that game. I shouldn’t say they exist in the game, but a character looks a certain way, and then if the character model was in a different videogame, it would look totally different. So …

AX: So RED VS. BLUE has continued to be in the HALO universe, and in that style.

RAMSEY: Yeah, and it’s grown. It started in HALO 1, transitioned to 2, 3, 4, 5, now it’s made it into HALO 5. We just make it in the most current iteration of the game. For machinima, which is digital puppeteering, for us, there’s only one RED VS. BLUE. And what I mean by that is, HALO is a very, very popular sci-fi first-person shooter. The most popular genre of videogames are first-person shooters. And so to try to recreate RED VS. BLUE in another aggressive military shooter, we would just be iterating on ourselves, and so we try to do projects that are totally very different. We don’t want to recreate the same thing over and over again. So RED VS. BLUE is that show. We made a series in THE SIMS, which was very different from HALO, called THE STRANGERHOOD, which was kind of like a weird reality show, and we’ve done a few for-hire gigs. But RED VS. BLUE is the only show that we currently use machinima to make. 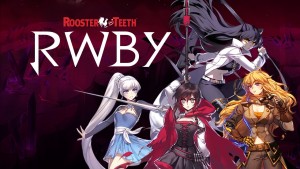 AX: How many years or episodes of RED VS. BLUE have you done?

AX: Do you find that most of Rooster Teeth’s original content viewers were fans of RED VS. BLUE who went, “We like these guys, we’re following them,” or did they come in through a whole different way, or is there any way of knowing that?

RAMSEY: There have been almost [different] generations of viewers, if that makes sense. A lot of our current audience members, people that are current members of our community, they found [us] through RWBY, our anime. And that was like a gateway into the company, and then they discovered all the other things. We have a very popular podcast, called THE ROOSTER TEETH PODCAST, we’ve developed a lot of audience from there, as well as through iTunes. And then all of our videogame content, stuff that I do, where we just play FORTNITE in a funny way, that’s probably our biggest gateway to finding new talent, or top-of-funnel content, with our YouTube platform. So it’s kind of a mishmash. There are people that have been with us for fifteen, sixteen years, but the audience is kind of always around twenty, twenty-five years old. And they just get replaced with the new twenty-year-olds [laughs].

AX: Did you pick a particular style of anime to go with for RWBY, or did you come up with your own?

RAMSEY: Burnie [Burns] would probably be a much better person to answer that question than me, but RWBY was created by an exceptionally talented animator named Monty Oum, who unfortunately died a few years ago. It was a tragic thing – he had an allergic reaction to an allergy shot, and that was it. It’s one of those just freak, crazy things. Half of our company was getting allergy shots at the same time, because people have terrible allergies in Austin. And he was the reason they have the rule that you can’t leave for thirty minutes after you get an allergy shot. But Monty – he had been working in videogames – we had been fans of his, he had been making animations of his own. He was able to create a process that looked like traditional animation, using CGI. But it was all his direction, and it’s meant to look very much like Eastern animation, anime.

AX: So there wasn’t a particular anime that Monty Oum pointed to and said, “I like the style of this one”?

RAMSEY: No, I don’t think so. He was an interesting kid. He would have five monitors up at all times, with seven different things. It would be Japanese martial arts, there would be cowboy Westerns, there would be four different animes, and he was just constantly bombarding himself with things that I’m assuming were influential to him.

AX: And what would you most like people to know about the state of Rooster Teeth today?

RAMSEY: The state of Rooster Teeth? That I think we probably have something that you’ll enjoy, whether it’s a podcast or a cartoon, or a horror movie, or a game show. You might be surprised. Give us a shot. I’m forty-three now, Burnie’s forty-five – our youngest audience member, my daughter, is twelve. We try to make content that fits within that range.