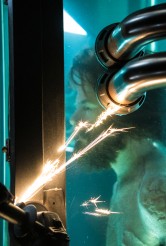 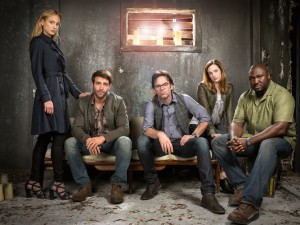 In CBS’ ZOO, returning for its third season Thursday, June 29, humanity just can’t catch a break. Season 3 picks up ten years after the events at the conclusion of Season 2, with regular human rendered sterile by the cure for the manufactured virus that had driven animals crazy. James Wolk, Kristen Connolly, Billy Burke and Nonso Anozie returns as the leads.

JOSH APPELBAUM: We couldn’t be more excited. We feel like we found our rhythm for ourselves [in Season 2] as to what the show can be. We were trying to double down on it last season, and we’ll triple down on it this year.

ASSIGNMENT X: You’ve had rampaging animals, and you’ve now sort of proceeded to rampaging humans. Is there a third thing that can rampage?

APPELBAUM: [laughs] The buildings are going to start attacking. We’re going to have national monuments taking human form. No. All I will say is the last five minutes of Season 2 blows the entire show wide open, and spins it into as completely new a show as we could have for Season 3. I feel like Season 2 is an escalation of Season 1. Season 3 is a complete reversal and twist on what we’ve done before. I don’t want to spoil it, but you’ll see what I mean.

AX: Now, when you substantially revise the premise of your series as a producer, is it because you feel like you’ve gone as far as you can with the original premise, or because you’ve gotten so excited about this new twist that you want to explore it?

APPELBAUM: I think literally with ZOO, we’re all such animal lovers that there came a point where it was hard just having the dogs and the cats and the ponies be our enemies [laughs]. So we wanted to find a way to spin it into something completely different. So it wasn’t about feeling like we had run out of stories, but it was wanting to explore something completely new. So we acknowledge that could be a tricky thing, but we spent a lot of time this season making sure we were getting it just right, that we knew what we were going to be doing in Season 3. 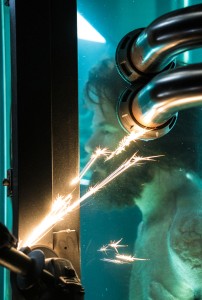 AX: Will it also make it easier for production to have a larger quantity of human villains, who seem like they might be easier to direct than animal villains?