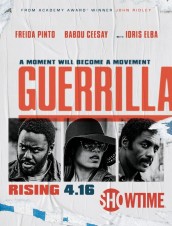 The creator talks the differences between past and present 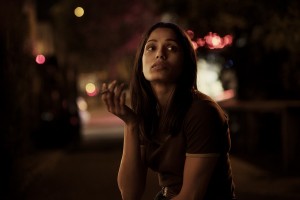 ASSIGNMENT X: Obviously, you approach storytelling very differently depending on whether you’re doing feature films, AMERICAN CRIME or GUERRILLA. Can you talk about what those differences are?

JOHN RIDLEY: Absolutely. Some things are baked into the equation. If you have a six-episode, eight-episode [series], if you have two hours in the theatre with some folks, you’ve got to obviously accelerate the storytelling. I do think in the cable streaming space, people have a capacity to be a little bit more patient with the storytelling and how it evolves over time. So a lot of those things are really kind of dictated to me as a writer, as a storyteller, by the amount of hours that we have to fill, or the lack of hours that we have to fill, and the need to get in the stories a little bit more quickly. Some things are very, very relevant in that regard.

AX: What’s the status of your Marvel series at ABC?

RIDLEY: [chuckles] No matter what I do, people always want to know about Marvel. It’s still cooking. It has not gone away. It is still cooking. And hopefully when we get it exactly right, we can put it in front of people.

AX: Do you have any thoughts on why 12 YEARS A SLAVE was so well-received and THE BIRTH OF A NATION, which was set in the same time period, sort of fizzled out? Do you think it was because of the film, or the controversy surrounding the filmmaker?

RIDLEY: I have to be honest with you. With any film, anywhere, and I’ve done enough of them, I have no idea about why some things are well-received, if it’s one year versus another year, if it’s a right time, right place, right story. To me, it doesn’t matter whether it’s science fiction, or why this year LA LA LAND, something that feels very in some ways traditional, and a musical, is something that really touches people and moves people. If I could figure it out, what’s going to be well-received in that moment, I would leave here right now, go home and be working on that [laughs] and bring it to folks and put it in front of people. I have no idea. I’m still trying to figure that out.

AX: Do you think there’s been sort of an amnesia about our own history?

RIDLEY: I do think as I get older, I’ve started to realize that all of us have a short-term memory. And there are things that have happened to me, they don’t seem that long ago, but we’re going through instances of, “How did we get here?” or “Oh, my gosh, this is the worst time ever,” things like that. We as a country – is this – it’s not 1865, it’s not 1965, it’s not 1975. We endure, we have strengths, and we sometimes need to give ourselves a little bit more credit than we do. I don’t necessarily think some things are lost to history, but it’s ignorance. I include myself in that. There are so many things about so many different perspectives or orientations or cultures that I have no idea about. So all of us, me included, me probably foremost [laughs], if I’m going to go out in front of people and try to present things that are to be of interest to a wider audience, need to make sure that I’m educated about certain things, or even more general things.

AX: Can you talk about TV becoming a little more international with some productions, like GUERRILLA?

RIDLEY: I think it’s a wonderful thing. I mean, for a long time, those of us here who had any opportunity to do any kind of storytelling, everything has been sort of created here and shoved into the rest of the world, without regard to how they may see that story, or how it may impact them. But anything that reminds us that we are a larger community, because it’s the right thing to do, and also, just from a fundamental level, that there are people out there who are putting their money into entertainment. They are our paying customers, and they deserve a story that feels a little bit more global. For me personally, going to see a film like ROGUE ONE, I thought it was amazing, I thought it was entertaining, but when you look at that cast, and you compare that to the first STAR WARS, which as a viewer, I loved and still continue to love, but I’m sorry, as a person of color, as a citizen of the world, to see a cast like that [of ROGUE ONE], I could not be happier with the direction that we are going, whether it’s by choice, whether we’re forced into it, it’s the right way to go, it’s the necessary way to go. So these international collaborations being more sensitive to how people around the world feel, and then the stories that we tell – they don’t have to change that much for audiences to engage with them. It’s something that should not be imposed, it’s something that should be chased and lauded.

AX: Do you get different sorts of script and editing notes from the different countries?

RIDLEY: I’ve got to tell you, on some level, when these notes come in, I don’t know what country they’re coming from. Sometimes they’re far too similar [laughs], and sometimes those notes don’t know a border, either. When it comes down to things, how people feel, those senses are as individual as the persons themselves. They make very little difference. Sometimes they’re positive; sometimes you end up scratching your head – “Why am I in a different country, getting the same kind of notes?”

AX: In your research for GUERRILLA – in the present, a lot of activists look back to the ‘60s and ‘70s to see what was effective then. In the ‘70s, were they looking back at something else and going, “What was a successful period for activism?” Or did they feel they were inventing the wheel at the time?

RIDLEY: It was amazing. There was a lot of building on philosophies of activism, of revolutionary ideas, and the fact that there was a lot of cross-pollenization between what was going on, from America to the U.K., U.K. and Germany, Germany and Japan. So that was the interesting thing to me, was that a lot of this did not work in isolation. That’s something that we really want to represent in this show is the fact that a lot of the philosophy was coming from perhaps Germany, as well as from America, as well as Eliette [played by Bella Dayne], who’s French-Canadian. And I think a lot of people would go, “Oh, really? There was radicalism or revolutionary ideas there?” Yeah, absolutely. So people were learning, and they were learning on the fly and trying to put these things together, and in some ways it worked and worked brilliantly, they had people from around the world working together. In other ways, when you put a lot of ideas into a pot and just stir it up and put it on boil, it isn’t something that is necessarily easily digestible.

AX: When you see a lot of stories about civil rights movements, especially in America, it’s usually about nonviolence. In GUERRILLA, the activism becomes violent. Were there ever any problems in trying to tell that story?

RIDLEY: No, not for me. I’ve been very blessed in being able to tell those kinds of stories, as you say, from very different perspectives, with RED TAILS, with 12 YEARS A SLAVE, but I do think at some point it becomes disingenuous when you don’t even acknowledge that there are other philosophies, there were other elements, there were other individuals who are approaching it from a different way. I think if this were a singular piece of work from me, it would make it a little bit more different, in terms of what are we talking about, what are we supporting or speaking against, but I do think, for me, proportionately, as a body of work, to be able to say, “Look, there were many different kinds of philosophies and individuals.” I do think it’s very important to say, “Look, it existed, and we’ve got to acknowledge it, we’ve got to look at it.”