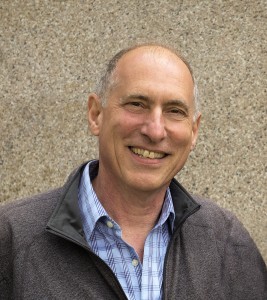 Eric Stange (pronounced STANG-ee) created EDGAR ALLAN POE: BURIED ALIVE, which premieres on PBS as part of the network’s AMERICAN MASTERS series on Monday, October 30, appropriately the day before Halloween. EDGAR ALLAN POE: BURIED ALIVE has an unconventional format, with Denis O’Hare (a Tony-winning actor who is also a veteran of AMERICAN HORROR STORY and TRUE BLOOD) portraying the tortured author. O’Hare gives a solo performance that is interspersed with interviews with Poe scholars.

Stange, a documentary filmmaker whose work includes programs for PBS’ NOVA and AMERICAN EXPERIENCE, talks about BURIED ALIVE, which examines Poe’s role as one of the fathers of both the modern horror and crime fiction genres.

ASSIGNMENT X: Have you had a lifelong interest in Poe, or were you looking for something that would make a good project?

ERIC STANGE: Well, actually, neither one. Someone else had the idea, a non-filmmaker named Wally Coberg from Baltimore who had always wanted to make a film about Poe, got hold of me, because I’d made other films set in the same period. He’d always wanted to make a film about Poe, but didn’t know how to make films, didn’t have any money. So we developed it together. Then, sadly, he died before it could be completed, so he never got to see the final film. But it’s dedicated to him and very much his vision was a part of it.

AX: How did you wind up at PBS with the project?

STANGE: From the start, I thought it should be on AMERICAN MASTERS – it just seemed the right place to go with it, and I’ve worked doing films for PBS for many years. So I know the people, I feel comfortable, it’s what I wanted to do, and it really all seemed to fit together. 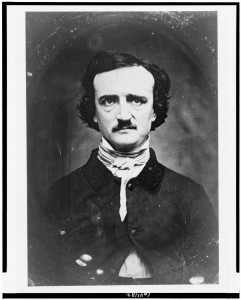 STANGE: No, it was the other way around. We had started, we had actually written a script and were ready to go into production, but had to find the actor and did a fairly wide search. But when we found Denis, we stopped searching. He was the perfect one.

AX: How did you devise the format of having somebody play Poe, and then have various experts talking about the man?

STANGE: Well, there aren’t a lot of choices if you’re going to do a film about a subject from the pre-photographic era. You’re going to have to do something fairly imaginative. There are only five existing images of Poe, so that doesn’t stretch very far, and there aren’t that many images of other kinds that help illustrate his life. There are a few, but not a lot. So we had to come up with something – and I’ve done films like this before, with what I call “dramatized documentary” – it really only works if the actors are good and the writing is strong and the shooting is wonderful – then you can pull it off on a relatively small budget. I think it’s all a matter of being aware of the scale you’re working at, and not trying to over-reach. And Denis was perfect that way. He understood what we were doing. So it’s almost like a one-person theatre performance.

AX: How did you find your Poe experts?

STANGE: A lot of research and a lot of going to meet people and calling people on the phone and reading books. Often the best book doesn’t lead to the best interview. You have to be a little imaginative and sometimes a little bit cold-hearted about people you use and don’t use. But fortunately, there are a lot of people to choose from with Poe, a lot of various kinds of experts, including novelists, including filmmakers. So many people have interacted with Poe [via his work], or taken on Poe in various ways that we had a wide choice.

AX: Did you see the Jeffrey Combs one-man show about Poe?

STANGE: I did see it. He did it in Boston. 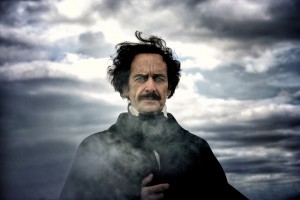 AX: There are vignettes interspersed throughout EDGAR ALLAN POE: BURIED ALIVE that illustrate the concepts. Are those animated, are those artwork …?

STANGE: There are animations, there is artwork, there’s a lot of what I call imagistic shooting, super-closeups of things. We have ink coming through water, we have all sorts of things going on.

AX: What do you think people are going to learn about Poe from your film that will surprise them?

STANGE: The main thing I hope they learn is that he was much more than just a writer of horror stories, and that he certainly was not the dark and demented figure he’s often portrayed as. He was a literary figure of great importance at the time – he was an editor, he was a literary critic, he was helping shape the direction of American literature, he could make or break writers with his reviews, and he also was very important in developing this new idea of magazine journalism, the magazine format, and he was very important with playing with sensationalism as a kind of literary force, or journalistic force. There’s a lot more to him than most people realize, and he was much more of an influence on his times, at the same time he was influenced by his times.