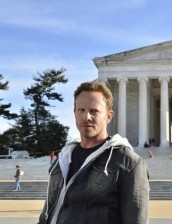 New cast includes Gary Busey as April’s father, Tommy Davidson, Imani Hakim, Cody Linley, Masiela Lusha and model and fashion designer Cheryl Tiegs. There will also be the obligatory cameos that will be hot and heavy and will be revealed at a later date.

The film once again will premiere on the Syfy channel in July and will be director by Anthony C. Ferrante and Thunder Levin is penning the script.