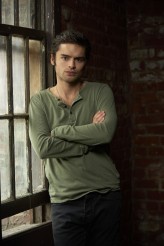 The actor talks about researching his character, as well as his screenwriting career 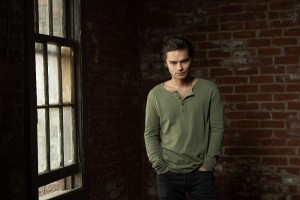 RECOVERY ROAD, in its first season Monday nights on Freeform Network (formerly ABC Family), is based on a novel by Blake Nelson. The series deals with the experiences of Maddie Graham (Jessica Sula), a high school student who is sent to a sober living facility after she shows up to class drunk, with drugs in her locker.

One of Maddie’s peers in rehab is Wes Stewart, played by Sebastian De Souza. De Souza is a young English actor and writer who has previously starred in the U.K. version of SKINS, Showtime’s THE BORGIAS and the film PLASTIC.

AX: So were you looking to play this sort of a character, someone who’s in recovery?

SEBASTIAN DE SOUZA: I wasn’t looking to play this kind of character, but what’s really interesting about this character is, I seem to have [usually] been cast in my very short career as an actor as Mysterious Bad Boy Number One. And what’s really interesting about Wes is, he’s the first mysterious bad boy who isn’t remotely a mysterious bad boy. On the face of it, maybe from the promos, maybe from the first episode or two, you sense that this guy has got a past and there’s a mystery to him, but actually, he’s extraordinarily three-dimensional. I think that reflects the need to show every single aspect of recovery.

AX: Did you do any research into recovery and, if so, what did you learn?

DE SOUZA: It’s funny – in my life, I know people who have suffered from addiction, who are recovering addicts, so I had been around that kind of space before. I did start going into AA meetings and NA meetings. I stopped after awhile because I felt intrusive, but what was interesting, and what I found in those meetings was, that it’s a community unto itself. It’s a community unlike any other community, and actually, what helps you through is that, “Keep coming back, keep talking about it.”

DE SOUZA: Well, it’s funny – no one ever asked me that question, because I only ever went to open meetings. I would never dream of going into a closed meeting. You wouldn’t be able to anyway. I went in London and I went in Los Angeles.

AX: Were the meetings different in the two cities?

DE SOUZA: Yeah. So much. And it’s extraordinary. They differed a lot in the kinds of people, but they didn’t differ one iota in terms of, again, that sense of space, that safe space. Sometimes they’re in really bizarre places that don’t remotely seem safe or comfy, but it’s clearly a safe space for people.

DE SOUZA: You know, it’s funny. I didn’t. I’d spent a lot of time in Los Angeles before, and in New York a bit, so I had got into the American way, as it were, but do you know what’s really funny about that question? The most interesting thing that I found is – because I would spend all day long speaking in an American accent, because I felt that my accent would get better – as soon as you start doing that, it’s funny how your whole vibe changes. Your character comes so much out of your vocal cords, it’s extraordinary. That was something that really surprised me. And that was actually a real great experience, because often as actors, we’re sort of cast a little bit like ourselves.

AX: Besides being an actor, you’re also a produced screenwriter – you’ve got KIDS IN LOVE, which you wrote with Preston Thompson. What’s going on with that film? How did you get into screenwriting?

DE SOUZA: That will come out this year. All actors spend most of their time not acting, whether they admit it or not. I started writing because it was an exercise of that creative muscle that I wasn’t able to do when I wasn’t acting, so there’s more on its way.

AX: How do you feel about your writing?

DE SOUZA: I’m not very good at it, but I hope to get better [laughs].

AX: Do you also act in the film?

AX: Do you have a preference for acting over writing, or the other way round?

DE SOUZA: No. It’s a very different feeling. And although it’s, again, exercising a creative muscle, and you’re constantly creating, it’s very, very relaxing and enjoyable to be able to hand over – it’s kind of a responsibility to have to write and then portray what you’ve written.

AX: Now that you’ve acted in your own material, how do you feel about acting in scripts by other people?

DE SOUZA: No. It’s liberating. It’s very liberating. And actually, the writing on this show is so extraordinary.

AX: What would you most like people to know about RECOVERY ROAD?

DE SOUZA: I’d like people to know that this show is, as far as I’m concerned, a very realistic representation of what it’s like to be in a sober living facility. A lot of people, a lot of shows, a lot of creators, are on the side of being very moral, preachy, whatever. But what we’re trying to do here is tell a very true story, and I’ll know we’ve succeeded when someone writes me or writes Jessie or writes [RECOVERY ROAD series co-creator] Bert [V. Royal] and says, “You know, I recognized that I had, not a problem, but that I needed to go into recovery, and I recognized that there was something I needed to change about my life. Thank you.” That’s a successful show to me.

This interview was conducted during Freeform Network’s portion of the January 2016 Television Critics Association press tour in Pasadena, CA.