Home » Marlon Wayans Exclusive Interview I Can Do That! 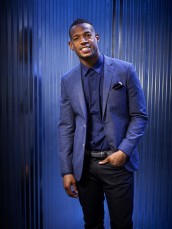 ©2015 NBC Universal/Evans Vestal Ward
Marlon Wayans hosts I CAN DO THAT!
Interviews

Host Marlon Wayans reveals I CAN DO THAT! – Exclusive Interview 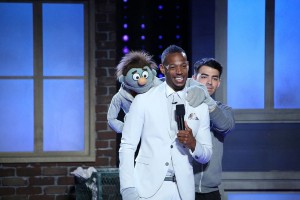 Marlon Wayans hosts I CAN DO THAT! | ©2015 NBC Universal/Evans Vestal Ward

Actor/writer/producer Marlon Wayans, of the Wayans family entertainment dynasty, has done a lot of things in his career, from co-creating comedy series THE WAYANS BROS. to costarring in the completely serious film REQUIEM FOR A DREAM. However, Wayans says he never has been nor wanted to be a variety show host. However, NBC’s I CAN DO THAT!, Tuesdays at 10 PM, changed his mind. Wayans oversees a group of celebrities, paired into teams, who then attempt to learn song, dance and/or athletic routines outside their comfort zones.

ASSIGNMENT X: What made you decide that you wanted to host I CAN DO THAT!?

MARLON WAYANS: I think it was because of the approach which I could take to hosting, which was to be a late-night variety comedy kind of talk show host, where I can comment on the things that happen. A lot of times on these shows, you get these funny beats that happen, and there’s nobody there to talk about them or nobody there to talk about the elephant in the room. So I get to be the audience point of view and I get to be actually funny. It’s like, you can keep the fun going. When you see the show, you’ll see it’s different. It has a different energy. It’s a comedy all the way through, with dramatic moments. That’s the fun of it.

AX: Are you working with writers at all, or are you ad-libbing all of the comments?

WAYANS: I ad-lib. There are writers as well and we work on even the stuff that’s on the teleprompter – we work on making that fun and entertaining – but a lot of it is improv, a lot of it is straight off the cuff. I see it happen, I can talk about it, we’re having a conversation, here’s something funny. So it’s a lot of improv.

AX: Are there any of the acts that you participate in at all?

WAYANS: No, I just watch them. I just comment. That’s all.

AX: What would you most like people to know about I CAN DO THAT!?

WAYANS: That it’s not your normal, everyday show. It’s a fun hour of comedy, laughs and I think some of the best entertainment in the world. You’re talking about some of these acts that are on Broadway and some of these acts that are in Vegas, which is the showcase capital of the world. You’ve got those two coming together on NBC with a lot of fun, with some of the greatest talent out there, up and coming talent and stars at their best, coming together to do something different, and I think that’s what makes it special.

This interview was conducted during NBC’s spring press day in Pasadena, California.

Article Source: Assignment X
Article: Exclusive interview with I CAN DO THAT! host Marlon Wayans

Tags: I Can Do That!, Marlon Wayans, NBC, Requiem for a Dream, The Wayans Bros., exclusive interview, interview