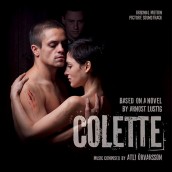 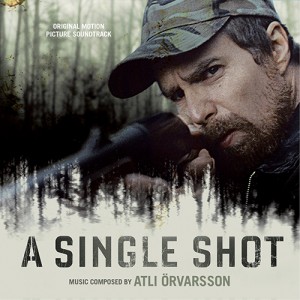 While he’s not busy re-animating ghouls, killing hags and battling demons in such ragingly entertaining genre scores as HANSEL AND GRETEL WITCH HUNTERS and THE MORTAL INSTRUMENTS,  Icelandic composer Atli Orvarsson is doing his thing for the arthouse, and revealing even more impressive layers to his talent in the bargain. Indeed, COLETTE counts as one of his most evocative works for this Holocaust-themed score about impossible survival at Auschwitz. While sorrow is very much a part of the powerful emotions that flood COLETTE‘s love story between two inmates, the score, like the film’s characters, isn’t about to give in to the inevitable. There’s a struggling, never-say-die energy to COLETTE amidst the score’s beautifully longing theme, a forcefulness that constantly throws itself upon the barbed wire that makes its central romance even more affecting. Indeed, with its sweepingly romantic, symphonic force and powerhouse writing for action and suspense, COLETTE never seems like a “Holocaust” score as such, even with its use of a sorrowful violin. Rather, this is the kind of music one might expect from a grand historical film of love torn asunder, and the relentless, surging emotional force that will see its couple reunited through all the massive forces thrown against it, a mixture of intimacy and the epic that makes for an exceptionally well performed and captivatingly thematic score.

Way more restrained, and creepily terrifying is Orvarsson’s score for A SINGLE SHOT wherein a hunter’s accidental slaying of a woman leads into an escalating, lethal chain of events for the treasure involved. It’s a sense of guilt that inspires long, drawn out passages for aching strings and piano, a rustic sound conveying the atmospheric emptiness of the great, haunted outdoors. In three “Variations” that almost hit the ten minute marks, Orvarsson does some of his most modernistic and chilling work, with shades of Gyorgy Ligeti and Arvo Part in its unnerving string sustains, isolated pianos and dissonant outbursts, creating a score that could easily substitute for a piece of modern classical music. A SINGLE SHOT would scare the hell out of anyone from taking a deer-slaying trip to the backwoods, which is precisely the point of this eerily aleatoric and, unnerving score.

Click on the link to Purchase the COLETTE soundtrack

Click on the link to Purchase the A SINGLE SHOT soundtrack