Home » THE HOBBIT: AN UNEXPECTED JOURNEY Highlights this week in Blu-ray and DVD Releases 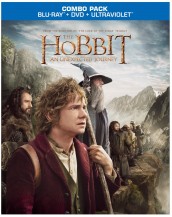 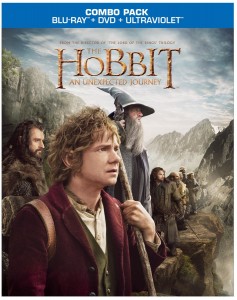 THE HOBBIT: AN UNEXPECTED JOURNEY – Being a huge nerd, I am obviously a huge fan of the LORD OF THE RINGS trilogy. I also have read the entire RINGS books as well as THE HOBBIT and I was a bit concerned about how it would be put together given the content and how it could even be made into three movies. Well, Peter Jackson put all my fears to rest within the first hour of this three-hour awesome picture that tells the tale of Bilbo Baggins (uncle of Frodo from RINGS) as a young man and taking off with a group of dwarfs in order to reclaim their homeland. We begin the story with Ian Holm, who played Bilbo in the RINGS trilogy, explaining his adventures as sort of a going away present to Frodo – as he leaves during his birthday celebration in THE FELLOWSHIP OF THE RINGS. A young Bilbo (now played by Martin Freeman) begrudging joins Gandalf (again Ian McKellen) in a journey with the dwarfs.

Now this does feel a bit like a set up for what we will see in the other two movies but the moments with Bilbo and Gollum (Andy Serkis) are grand and the ginormous final battle with the orcs is something rivaled only by the awesomeness of the RINGS. Still, it does tend to drag a bit and ends abruptly but maybe in order to leave us wanting more. On Blu-ray the mass amount of special effects are really good and stand out and with a digital copy, what else could you want? 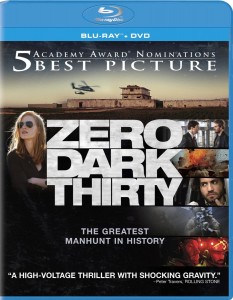 ZERO DARK THIRTY – The hunt for Osama Bin Laden has been well versed in the media with tales of Seal Team Six doing the deed and raiding a mysterious compound in Pakistan in order to find the bastard. ZERO DARK THIRTY does a great job of not only showing the entire raid but how the CIA, namely one stubborn and determined operative known only as Mia (Jessica Chastain) who searched for the terrorist for more than a decade. Yes, there are plenty of moments where the CIA uses torture to extract information but given the high value target and what is at stake it seems to be convincing that this should have happened. Debate can rage over whether or not it is the right thing to do, but when people’s lives are at stake, shouldn’t everyone do anything to help save them? That’s a morality question that never really comes into play here as it is more of a means to an end here. But the final moments with the actual raid are indeed entertaining but the drama that comes before is equally entertaining as it shows how long and how hard and difficult it was to actually find him. 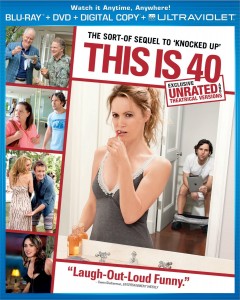 THIS IS 40 – Judd Apatow has made a great career in delivering a host of characters that seem to be more real than what most comedies or drama deliver. THIS IS 40 is a hilarious look at a modern family dealing with modern circumstances and tribulations with family, relationships and jobs. Yes, it’s over-the-top but how parents react and how kids react are almost genuine. Plus, this is a very funny film with some great performances from Leslie Mann as Debbie and Paul Rudd as Pete in the main characters. Albert Brooks is pure gold here as well and steals the show as Pete’s broke and very Jewish father. Even Megan Fox who plays basically a piece of eye candy is given solid material that even she can deliver well. Well worth checking out especially for those near or around 40. 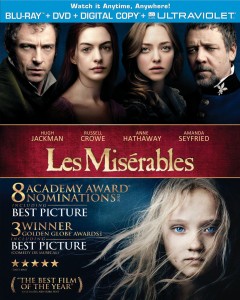 LES MISERABLES – You know all the flak that LES MIS took regarding the decision to actually record the songs live during filming rather than go into a professional studio to, you know, get a well sounding soundtrack? It’s legit. They definitely needed to go into a studio. I understand that director Tom Hopper wanted to make things different and make it seem more “theatre-like” rather than a film. But it shows every weakness in the stars including Hugh Jackman and Russell Crowe. Anne Hathaway and Amanda Seyfried that have been in musicals before do a more than serviceable job but the men seem to struggle. It wouldn’t be so hard if there were only a few songs, but given this film is MOSTLY songs, it hurts the overall production, which is actually impressive with great sets and costumes and everything else. Too bad about the songs. 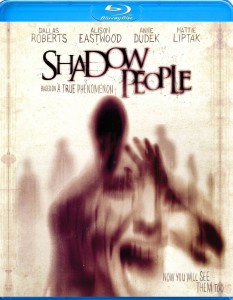 SHADOW PEOPLE – A decent horror flick about an affliction known as sudden unexpected nocturnal death syndrome and a possible solution to what’s happening. Yep, SHADOW PEOPLE. A radio talk show host played by Dallas Roberts (of WALKING DEAD fame) starts getting calls from people who are having very bad nightmares. But it gets worse when those same people start dying. Mixing both real footage of people with this real syndrome and acting it is an interesting film but drags in way too many parts and becomes a bit of a bore at times. However, if you enjoyed THE FOURTH KIND, you will probably enjoy this one.