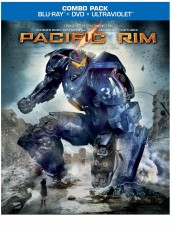 Also reviewed: THE COLONY, MANIAC, DEFIANCE: SEASON ONE and more 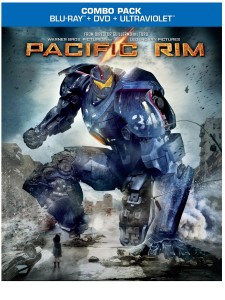 PACIFIC RIM – This is a really great film. What’s not to like about giant robots fighting ginormous monsters that want to destroy our world? Absolutely nothing. PACIFIC RIM isn’t complicated film, the premise I’ve already described. But what it doesn’t say about this film is the vast, sprawling battles that happen between monster and robots that happen in the water, in the middle of cities and in the air. The sheer amount of special effects in this film is amazing and they are done at the highest quality giving it a look and feel that it is real – and on Blu-ray the special effects look that much better. While the film took some flak for being predictable and following a familiar pattern of the troubled robot jockey finding his way in order to save the Earth, it doesn’t distract from the real hero here which is the epic battles that take place and are on a scale that has probably never been seen on film before.

The Blu-ray combo packs gives you that much more as well with a DVD copy and a digital copy as well as special features that are not available on other versions and really this is the type of film that demands to be seen in high definition. I would go as far as to say that if you have not upgraded yet this is the film that should change your mind and you should upgrade. While it didn’t do well in the States, the film made buckets in other countries especially Asian countries that love big ass monsters (see Godzilla) and here’s to hoping that they make a sequel in some fashion. Director Guillermo del Toro has done it again in creating an impressive world with a slew of beasts that are wickedly dangerous and outrageously compelling. 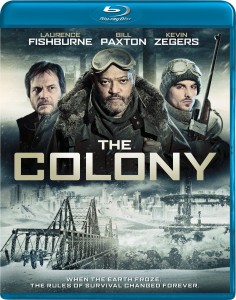 THE COLONY – I love the end of the world apocalyptic type films where a handful of survivors are faced with life altering survival decisions when things go bad. THE COLONY is full of this type of plotline. Facing a climate crisis, the people of the Earth create environmental stabilizers in order to prevent disaster. But things go horribly wrong and the weather shifts to extreme cold, freezing the entire planet and blacking out the sun. Now what’s left of humanity is holed up in underground bunkers called Colonies where survival is the biggest worry. But when one of the neighboring Colonies goes black, three members of Colony 7 go searching for answers and find something worse than the cold. A pack of cannibals has found their neighboring colony and killed everyone there and are in the process of devouring them. Once discovered, they make for home and bring the horrors back to their enclave and must fight against horrible odds in order to survive. This is a fun movie with plenty of action and ideas that have not been explored in many ways. The plotline is obviously one we have seen numerous times over but it doesn’t matter so much because of the good, blood special effects and the atmosphere that the movie has. Well worth checking out. 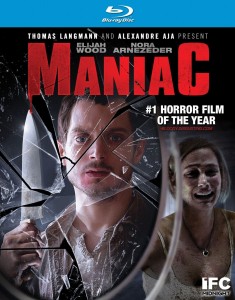 MANIAC – Elijah Wood takes a break from putting on the Hobbit feet and ears to put on a nasty performance as a crazy serial killer hunting girls in order to add their scalped head to his mannequin collection. The interesting thing here is that the entire film takes place from the point-of-view perspective of Wood’s character. So we get a bird’s eye view into all of his depravity and craziness going on. MANIAC is a remake of the 80s slasher flick of the same name where the killer also took scalped trophies into order to satisfy his mommy issues. But it wasn’t done nearly as stylish or interesting as it has been done in this remake. The camera angles, the interesting interactions, the killer’s migraine headaches all are seen by the viewer which makes for some good watching. Plus, this film pulls no punches in the gore or the blood, which makes it that much more intense. If you were a fan of the first film while this is different it will still deliver the goods and those gore hounds that enjoy watching brutal scenes on camera will also get a kick at this devilishly nasty flick. 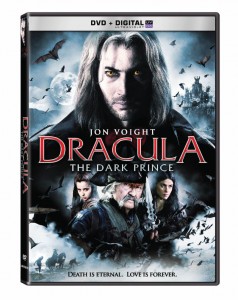 DRACULA: THE DARK PRINCE – Another take on the legend of Dracula this time presuming that he was a descendant of Kane and Able and once was a soldier of the Lord only to turn his back on God once his beloved wife was killed by the priests that were guarding her. Since that time he has been creating a legion of the undead to destroy the countryside. Led by a Van Helsing (played not too shabby by Jon Voight), a group of vampire hunters – one also with ties to Kane and Able – must use an ancient relic to destroy the hordes of undead and defeat The Dark Prince. There’s only one problem, one of the vampire hunters is the reincarnated lover of Dracula that creates all sorts of problems with actually defeating him. Overall this isn’t a bad but it isn’t that good either. The acting is downright awful and the special effects leave a lot to be desired but the costumes are actually really good so that’s a bonus and the storyline while not complicated is enough to keep it going for the length of the film. 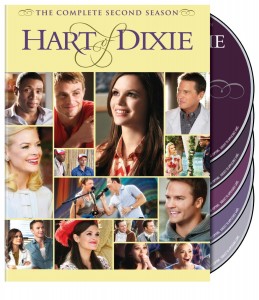 HART OF DIXIE – THE COMPLETE SECOND SEASON – I’ve said it many times but the world needs more Rachel Bilson. Not only is she hot as balls, but she’s a fun and competent actress that can really shine when given the right material. Look at what she did on THE O.C. Unfortunately, HART OF DIXIE is not that show but another medical drama wrapped inside a romantic comedy encased in a drama about a small town and the crazy stuff that goes on in what should be a quaint Southern city. But like I said, Bilson is a good actress and she carries what she is given – which usually involves plenty of romance and moving around multiple suitors and her struggling medical practice – and so there is that but if you are fan of the show or watched the series on DVD during Season 1 this is a good chance to catch up on what you missed and prepare you for the third season which is coming this fall. 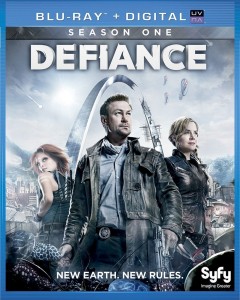 DEFIANCE: SEASON ONE – DEFIANCE has a lot of promise. The idea of a new Earth fashioned after a huge war between a number of alien species now forced to live together in what was once St. Louis now called Defiance. And while the first episode is great and really sets the stage for what the series could have been in Season 1, it faltered big time after that with too many monster of the week episodes and there was far too many political intrigue subplots that never really went anywhere or were too confusing to sort out so it became a jumbled mess. What saves the show is that there is a strong group of characters here. Many of the aliens and human characters have a lot of depth to them, which presents ample opportunities to do a lot with the show. Again, unfortunately, this rarely happened and instead we were given a lot of milquetoast storylines. Still, given the show is coming back for a second season maybe it can be turned around like another science fiction show that faltered in its first season, REVOLUTION. If that is the case, then maybe it can be salvaged. And I hope so given the strong potential of the show. 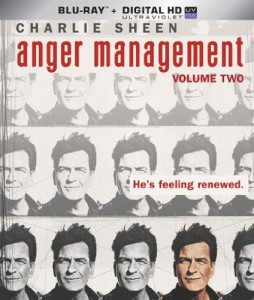 ANGER MANAGEMENT: VOLUME TWO – Charlie Sheen has toned down his behavior and his commentary and has secluded himself away from the limelight as much as possible. Which is pretty impressive given his meltdown that caused CBS to fire him from TWO AND A HALF MEN. What’s maybe more impressive is that Sheen has continued to work with a role in the latest SCARY MOVIE, a role in MACHETE KILLS and his second season of ANGER MANAGEMENT which is making its Blu-ray and DVD debut this week. In the comedy, Sheen plays a therapist (which is comedy right there) that has unique ways to helping his clients while dealing with his frustrating ex-wife and the ups and downs of his own therapist. While this isn’t the best sitcom going, it is amusing and Sheen has always been good at this type of comedy that allows him to play, basically, himself. The third season of the show is gearing up this fall so here is your chance to catch up.