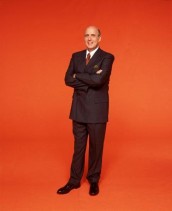 The actor talks the return of the cult favorite TV series 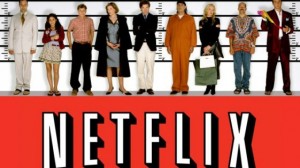 The cast of Arrested Development on Netflix | (c) 2013 Netflix

ARRESTED DEVELOPMENT, the comedy series created by Mitch Hurwitz about the dysfunctional Bluth family, ran on Fox for three seasons, from 2003 through 2006. Contrary to its title, ARRESTED DEVELOPMENT has at last developed further, thanks in large part to nonstop demand from its ardent fans, with a new season of fifteen episodes released simultaneously on Netflix on May 26. The new season shows some incidents from multiple characters’ points of view.

Jeffrey Tambor, who plays unstable patriarch George Bluth Senior, talked briefly after a Q&A event for the Television Critics Association about returning to a beloved role seven years after having to leave it.

JEFFREY TAMBOR: I was pretty confident. I’m a big believer in Mitch, and we love Mitch, so I knew we would all come through, and the timing is perfect, the technical part is perfect. We all love him, it’s great – why wouldn’t we be here? I’m a positivist anyway.

AX: Why do you think it didn’t get a large audience when it was on Fox?

TAMBOR: I don’t know. I have no idea. If I knew that one, I would be dressed better.

AX: How do you like the format of having some incidents shown from several different points of view?

TAMBOR: Oh, I like that very much. And it’s a little different, as you’ll see – I like that. I don’t think anyone had more fun than Mitch. It was so interesting on the set watching him; he was like a kid. I like to work that way. It was very comfortable for me.

AX: How was it when you all got back to work together again

TAMBOR: On the personal side of this, I think we were two weeks in, we all hadn’t seen each other. We had shot in the desert the previous week, and Jason [Bateman, who plays Michael Bluth] and I did our scenes. And the second week was all nine of us on an evening in the living room scene. This isn’t, I would say, a sentimental group, but that was a pretty interesting room, and we all applauded.

AX: With Netflix, if people want, they can watch all thirteen episodes one right after the other. Do you think a lot of viewers will opt to do that?

TAMBOR: One of the things I get a lot from people [is they] come up and ask when we’re coming out and what it’s like, and they express their enthusiasm about it. I [think] more than not it’s a real good sign that they appreciate that we’re coming out on Netflix. I think the technology and the show are sort of in step, and they seem to get that and appreciate that and actually express a lot of admiration for the choice that we made.