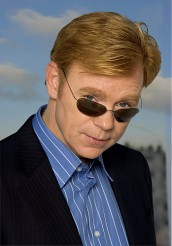 With CSI franchise being a major player on CBS for over a decade, it was inevitable, with three iterations, that one of them would eventually be cancelled.

And this Spring, CBS made the hard decision to cancel CSI: MIAMI. At today’s Summer 2012 CBS Press Tour, CBS Entertainment President Nina Tassler spoke about what led to MIAMI’s fate.

“First of all, saying goodbye to a CSI this year was a very big deal,” says Tassler. “That [franchise] has been extraordinarily successful for us. I have a great deal of affection for the show. What we looked at was Friday night versus Sunday night and the flow on Friday night of [CSI] NY versus Sunday night [with MIAMI]. It was a tough choice, but it was a jump all.”

With CSI: NY moving to the 8:00 pm slot on Fridays, Tassler says there will be a few changes creatively as well in the forthcoming season.