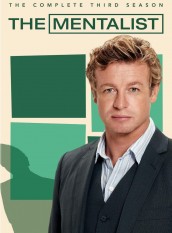 With football continually causing overruns into Sunday night programming for CBS, CBS Entertainment President Nina Tassler addressed some ways they will handle letting fans know when their favorite series 60 MINUTES, THE AMAZING RACE, THE GOOD WIFE and THE MENTALIST.

“What’s most important is making sure the fans understand and we’re sensitive to the overruns on Sundays,” says Tassler. “They’re great for us and our numbers are up the entire night, but we’re continually developing new ways of notifying viewers when the show is going to be premiering later that night. We’re very sensitive of how that impacts the show.”

One of the techniques the network will be experimenting with is texting alerts.

“One of the things we’ve developed is new … texting technology to let our audiences know [a show is] going to be delayed,” says Tassler. “We’re doing everything possible to make sure the audience will know it will be on later as a result of [NFL overruns].”