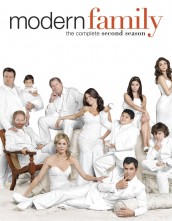 With the cast of MODERN FAMILY trying to hash out new, lucrative contracts for the current season – and potentially delaying the fourth season of the show, ABC Entertainment Group President Paul Lee is confident the dispute will be resolved.

“I expect the season to start on time,” says Lee at the 2012 ABC Summer Press Tour. “We’re in the middle of negotiations at the moment and we’re hopefully optimistic we’ll be able to resolve it.”