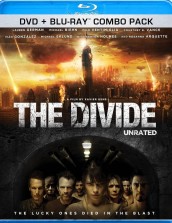 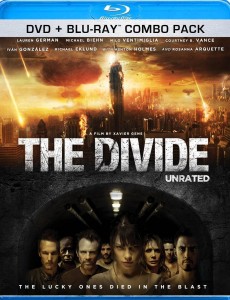 THE DIVIDE – This is not a movie for the faint of heart. It is a nightmare within a nightmare with nowhere to run, nowhere to hide, no hope of relief but where the human survival instincts won’t let go. After a nuclear explosion rocks New York City, a small group of people find shelter in the bomb shelter of an apartment building with a savage and burly superintendent (played by Michael Biehn). Faced with the fact that the entire landscape of their lives has been completely shattered and they can’t venture to the surface given the radiation, plus with attackers from the waste taking provisions and the one child in the shelter, a power struggle quickly erupts. Biehn’s control over the group quickly unravels once one of the occupant’s sees a window of opportunity (played brutally by Milo Ventimiglia in one of his best roles to date) and he establishes a LORD OF THE FLIES type control by hording the provisions and providing to those that are loyal to him while giving the scraps to the rest. In the end, it breaks down completely as radiation sickness and the overall situation leads to some rash and deadly decisions. I would definitely get the Blu-ray version of the set as it includes a DVD version as well. 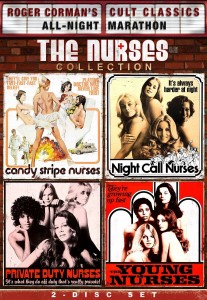 ROGER CORMAN’S CULT CLASSICS: THE NURSES COLLECTION – Among many works of Roger Corman he explored a wide variety of genres. From the cheesy science fiction films, to his love of the exploitation films often centered in prison, to his fondness for nurses he left no stone unturned when it came to showing off a woman’s body and making hilarious (unintentional or not) cinema. This is yet another collection of films that will appeal to those that love nurses with four films from Corman’s catalog including CANDY STRIPE NURSES (a Skimax classic), NIGHT CALL NURSES, PRIVATE DUTY NURSES and THE YOUNG NURSES. Got a thing for a woman in scrubs? This collection has what you need. 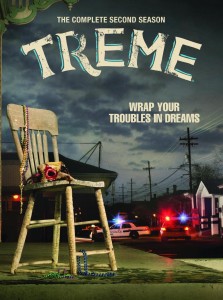 TREME: THE COMPLETE SECOND SEASON – The second season of HBO’s New Orleans’ based series picks up one year after the devastating events of Hurricane Katrina took place and finds nearly all of the inhabitants of the local districts picking up the pieces. Some have gone for good, while others have returned to rebuild their lives or at least try to despite the disorder and violence that is happening. At the center is the music that keeps much of the community still up and running despite all the terrible deeds and things that have happened to them. The numerous characters and plotlines may get a bit confusing at times but this is one unique series that the pay-TV network has among a host of good and interesting shows. 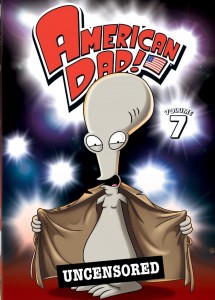 AMERICAN DAD: VOLUME SEVEN – Fox has this weird numbering system with much of Seth MacFarlane’s shows. FAMILY GUY is totally weird in that you don’t know what volume corresponds with what season. At least with AMERICAN DAD they are a bit closer. Volume Seven collects all of the episodes from Season 6 of the show. All of the 19 episodes from the 2010-2011 season are contained within including the very funny “For Whom the Sleigh Bell Tolls” which is a great Christmas episode and “The People vs. Martin Sugar” that has some great references to famous movies. Obviously, this is for the fans who want to have it their collection for all time and you won’t be disappointed.

Article Source: Assignment X
Article: Blu-ray and DVD picks of the week including THE DIVIDE