Home » Blu-ray and DVD picks of the week including MONEYBALL 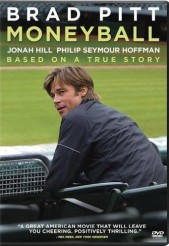 Blu-ray and DVD picks of the week including MONEYBALL

Also worth checking out: BOARDWALK EMPIRE: THE COMPLETE FIRST SEASON, KILLER ELITE, DOCTOR WHO and more 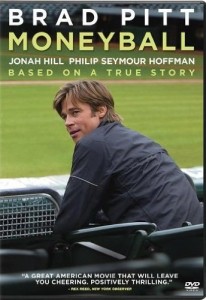 MONEYBALL – Brad Pitt stars in this movie adaptation of the acclaimed book about how Oakland Athletics general manager Billy Beane was able to field a group of relatively unknowns and turn the team around into a winning franchise for a number of years. After taking the advice of Peter Brand (Jonah Hill), Beane garners players that they consider undervalued but statistics reveal hidden strengths. It is funny that a film about sports could be anything but a sports film but that’s what we get here as you can be from any walk of life and care nothing about sports but still get some good entertainment from this film that is destined to probably be in a laundry list of Oscar nominations. It also shows that a team without the deep pockets of the New York Yankees or the Boston Red Sox can still be competitive, which was a formula that has been followed by numerous baseball teams after the A’s run. 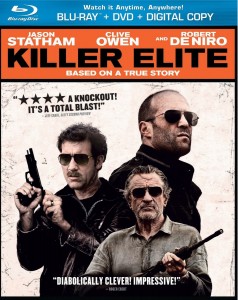 KILLER ELITE – This is pretty much an action fan’s wet dream. Or as close to THE EXPENDABLES as it comes without Sly Stallone and the others. Jason Statham, Clive Owen, Robert De Niro, Dominic Purcell and Yvonne Strahovski (of CHUCK fame) all in one movie set in the early 1980s about a group of mercenaries tracking down a bunch of ex-British SAS special forces to avenge the deaths of the sons of an Arab oil baron. Loads of action, lots of fun and some pretty good twists along the way. Well worth the time to Netflix or own if you are a fan of these types of action ensembles. 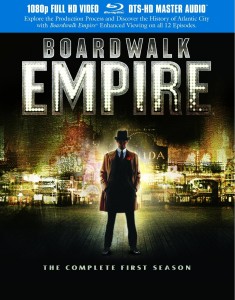 BOARDWALK EMPIRE: THE COMPLETE FIRST SEASON – You gotta hand it to HBO. The pay-cable network continues to develop superb television after all these years that is compelling as it is brutal. Call if THE SOPRANOS of the 1920s Prohibition era, the series focuses on one man’s illegal operations in running alcohol to Atlantic City and the surrounding areas. Much like DEADWOOD, the historical drama takes some of the factual aspects of what went down during the time and crafts a slew of interesting characters around it to give it a fine, and bloody, drama that stands out among a lot of the current crop of dramas on TV. Add to this a dedicated but flawed government agent tasked with tracking down the illegal alcohol activities, Al Capone, Lucky Luciano and more and it is a tension filled mobster power struggle for the ages. The first season includes all 13 episodes from the first season as well as five featurettes and six audio commentaries. 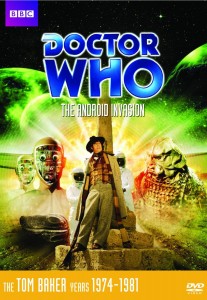 DOCTOR WHO: THE ANDROID INVASION – While the current DOCTOR WHO gets accolades for being inventive and thoroughly enjoyable, the old TV series is still a hoot to watch. Especially when it involved fan-favorite Tom Baker – probably the best Doctor ever. This time the Doctor and his faithful companion Sarah Jane (Elisabeth Sladen) travel to a seemingly innocent English village only to find evil waiting there for them (as always). While this is one of the typical storylines for WHO from the television series of the past, it still is great fun with loads of campy goodness, a creepy storyline and a great setting with some really good cinematic shots. A must-have for any true fan of the old series. 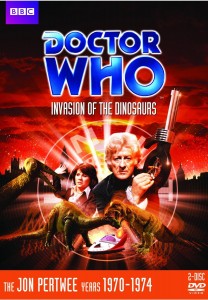 DOCTOR WHO INVASION OF THE DINOSAURS | © 2012 BBC Warner

DOCTOR WHO: INVASION OF THE DINOSAURS – It is invasion month for WHO as this is the second of the two tales being introduced onto DVD for the first time this month. This story features Jon Pertwee as the Doctor along with Sarah Jane (Sladen) that arrive in London during modern times when a slew of prehistoric monsters attack. Now, unlike the previous title that featured some good cinematic views, the puppet dinosaurs are horrifically, laughably bad – but then again it is old school WHO and that is part of the charm. This two-disc set includes a slew of additional material to the episodes including a very good audio commentary, a look at the London locations used, interviews with Sladen, photo galleries and much more. 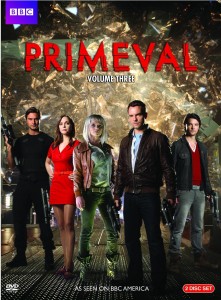 PRIMEVAL: VOLUME THREE – This is one of those shows that has a rabid fanbase even as the show continues to evolve and change out its cast. The third volume contains seasons four and five from the U.K. and picks up 12 months after the events of Volume Two. As always, the show revolves around a group of scientists and adventures that are tasked with rounding up prehistoric beasts and creatures that are flooding into our world. The extras include a new documentary on the making of the show as well as the four episode prequels.