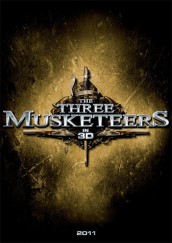 Get ready for gadgets, gizmos, flying vehicles and future weapons in the film 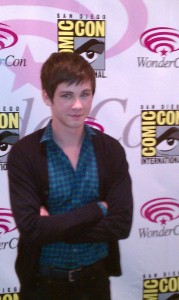 During the press event for THREE MUSKETEERS during WonderCon 2011 in San Francisco, Logan Lerman, who plays D’Artagnan in the film, has been asked numerous times what will differentiate this version from the others that have come out over the years.

“It is more contemporary, it is the untold chapter,” Lerman says. “They are looked at as the navy seals or the James Bond of the time. They have all sorts of gadgets and gizmos that have never been seen before in any version.”

Lerman also notes that in addition to the gadgets and such, a number of futuristic vehicles for the time will be in THREE MUSKETEERS such as flying machines. And the weapons used will be something that also has not been ventured before.

Unlike Lerman’s other big budget action movie, PERCY JACKSON AND THE OLYMPIANS, which utilized bushel loads of CGI, THREE MUSKETEERS is more down to earth, literally.

“We shot on all of these real locations throughout Europe, they are all real castles and real locations,” Lerman says. “We didn’t have to recreate anything.”

WHAT’S UP WITH THE PERCY JACKSON sequel? This is what Logan Lerman had to say …