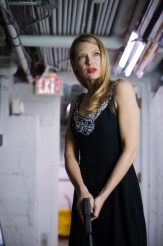 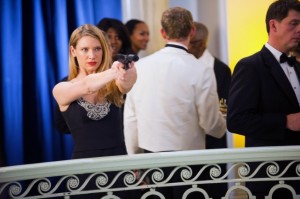 I’m super excited that FRINGE is holding its own on Friday nights and hasn’t lost much of its audience at all during the first few weeks it was switched.

That’s great news in fact because Fox said that as long as the show did as well as it did on Thursdays, they would be happy. I probably don’t think they expected it to be doing as well as it has and perhaps that bodes well for a fourth season. I mean a solid show on Fridays? That’s a golden gem. And given the people who watch this show are pretty hardcore about it – that can be a good thing, look at what SUPERNATURAL and SMALLVILLE have done for The CW’s Friday night lineup.

Of course, I, personally, hope for a fourth season as I don’t think they have done everything they can with the show even if the alternate universe plotline is resolved this season. I think they can take things in all kinds of directions as this show has endless possibilities really from monsters, to mad scientists, to crazy stuff Walter has done. Whatever.

Anyway … “Concentrate and Ask Again” delved away from the core mythology of FRINGE for the first time in a few weeks by delivering a “monster of the week” tale. Of course, there was no real monster here as it was a trio of ex-military officers scorned by the fact that after they were inoculated for a powder that breaks every bone in the body, they couldn’t have children or their children died of the same bone condition the powder caused.

The military men first rid themselves of the men that created the powder by dousing them with the same stuff that made them unable to have kids. They then turn their attention to the military general that put them in that situation to begin with. That’s when things get interesting as we get to see Olivia (Anna Torv) in a simply awesome dress and totally kicking ass with some wicked gun shots.

Now, before this we are introduced to one of Walter’s unfortunate Cortexiphan children that he experimented on in Florida. Because he could read minds, he was cut loose after some testing so as Peter (Joshua Jackson) put it, Walter was afraid he’d find out he took Peter from the alternate universe. I also liked that Peter put a bit of morality in it as well by asking Walter “How many, Walter, how many?”  However, nothing was mentioned or even brought up about Peter deciding to eliminate half a dozen shapeshifters in the episode before this one.

How many indeed though. At the 2010 Comic Con, the producers said they would reveal more about the past of Walter and what he was like prior to when William Bell removed the part of this brain that perhaps made him more like Watler-nate. I can’t wait to see this and find out just what the hell he did and just how cold and cruel he really was.

We find out toward the end of the episode what Peter was hoping to learn about the doomsday machine … that it can be used as a tool of creation or a weapon of destruction. Whatever the machine does depends upon what Peter wants … if he choose Faux-livia, this universes dies, if he chooses our Olivia … well not sure what happens then.

And since Peter still misses and loves Faux-livia, that’s not a good sign. But we have a long way to go before the end of the season.

DID YOU LOVE IT? DID YOU HATE IT? LET US KNOW WHAT YOU THOUGHT ABOUT THE LATEST EPISODE OF “FRINGE”  BY LEAVING A COMMENT BELOW