Home » The X List: PARANORMAL ACTIVITY 2 one of the Highlights to DVD/Blu-ray Releases This Week 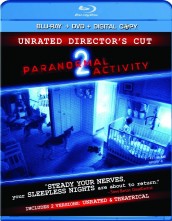 The X List: PARANORMAL ACTIVITY 2 one of the Highlights to DVD/Blu-ray Releases This Week

Also New This Week: I SPIT ON YOUR GRAVE, DOCTOR WHO – THE MOVIE SPECIAL EDITION, MY SOUL TO TAKE, LIFE AS WE KNOW IT and more 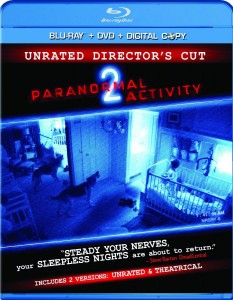 PARANORMAL ACTIVITY 2 – This will probably be the most in-demand film this week – the follow-up to the low budget ghost horror film all caught on tape. While this one also continues to prove that you don’t need high special effects budgets to make a good scary movie, you have seen it before (at least to some extent). I wonder if there will be another one of these will be made or if the public has had its fill of on-camera shenanigans. The unrated director’s cut edition offered up on Blu-ray includes a host of new scenes that were not released in the theatrical cut.

MY SOUL TO TAKE – A true teen horror about a group of High Schoolers that grow up in a town that has a deadly legacy – a serial killer that decided to kill his own family after flipping out. Now on the anniversary of the event, people start getting chopped up yet again but it isn’t the same killer from before but instead some mysterious supernatural force is invading the body of a teen and forcing him to kill people. It gets rather confusing actually as you aren’t sure if someone is actually just killing people because they can or because of this supernatural entity or whatever. Netflix it at best.

LIFE AS WE KNOW IT – Katherine Heigl again puts on her romantic comedy boots in another run-of-the-mill story about two people that hate each other but must come together and be part of each others lives for the betterment of a goddaughter they must raise after her parents are killed. And wouldn’t you know it? They actually begin to like each other and start a romance. Go figure. Never saw that one coming.

I SPIT ON YOUR GRAVE – Meh, I get a little sick of all the lame remakes or reimagining or whatever you call them because they are either a straight remake of the original or they screw it up entirely ruining any legacy the film may have had. The original I SPIT ON YOUR GRAVE was a marvel of shock, grindhouse style and quite frankly like nothing else that had been seen where an innocent woman is abused, raped and left for dead. She takes her revenge on those did the dastardly deeds in the most macabre ways possible. The same thing happens in the remake, but with Sarah Butler starring in the lead role as the shamed woman. 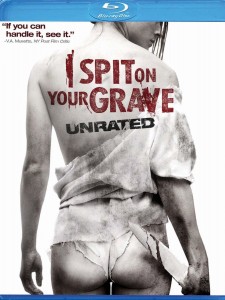 While the special effects, cinematography and high resolution picture all make for a better viewing experience, there is just something missing. Something that the original captured that this doesn’t. Maybe because we are no longer shocked as we could be before after the torture films and endless amounts of brutal horror. Or that rape, while isn’t a common theme, has been done much more brutal – who could ever forget the IRREVERSIBLE scene. That isn’t to say it is ever right and the scene or scenes here is extremely brutal. It just lacks passion and you rarely feel anything for the heroine. The unrated version contains scenes not included in the limited theatrical release along with making ofs and all kinds of other good special features.

I SPIT ON YOUR GRAVE: AKA THE DAY OF THE WOMAN – The original is also being offered this week for the first time on Blu-ray and it really does show why this is the superior version despite having far less pleasing visuals and cinematography. Gritty and brutal, unlike the remake you actually care about the plight of this woman and enjoy watching her do unto others as they did unto her.

THE LAST LOVECRAFT: THE RELIC OF CTHULHU – This is really funny and fun. A take off of the classic creations from the mind of Lovecraft and the ongoing rise in nerd pop culture, it is a buddy comedy of sorts but with lots of laugh-out-loud moments as the last descendent of Lovecraft must pair with his slacker friend and a Lovecraft enthusiast nerd in order to battle hordes of fish people trying to unleash the evil Cthulhu from its prison in the deep ocean. Loads of fish jokes follow as well as just plain stupid behavior but it is wicked fun and well worth your time checking out. 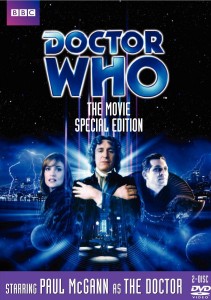 DOCTOR WHO: THE MOVIE SPECIAL EDITION – This is the made-for-television film that was actually made for U.S. audiences in order to restart the franchise for a whole new crop of people who may never have seen the cheesy British television series or the seven other Doctors that came before this film.

The only problem was … it sucked. It had and still has little charm or fun that the original series possess and took itself way too seriously – something totally un-DOCTOR WHO-ish. The plot takes place on New Year’s Eve in 1999 at the dawn of the new millennium (capitalizing on the panic at the time about it) and the Doctor and the Master arrive but the Doctor is critically wounded in a gangland battle (haha which is totally stupid) and he regenerates in a hospital morgue afterwards. While having the Master, regeneration and the TARDIS are all fine and good. The problem is that the film is totally Americanized and loses virtually everything that made the series special (as I said before). Add in Eric Roberts as the Master, this is just a turd.

The funny thing is the DVD is actually pretty damn good. It is loaded with special features including 10 featurettes on anything from fans love for DOCTOR WHO to the Doctor’s relationship with Blue Peter, to a tour of the TARDIS and more. Plus, there is audio commentaries, deleted scenes, photos and more. Great stuff for any WHO fan, but just a really bad movie.

DOCTOR WHO – MUTANTS – Another Jon Pertwee adventure as the Doctor travels to the 30th century on the planet Solos where humans begin to evolve into nasty creatures. While not the best of the bunch when it comes to the Pertwee material still a good classic WHO tale.

Tags: Blu-ray, Comedy, Cthulhu, DVDs, Doctor Who, I Spit on Your Grave, Life as We Know It, Movies, My Soul to Take, Paranormal Activity 2, Reviews, The Last Lovecraft, action, drama, horror, television