Home » TCA 2011: NBC says they are committed to DAYS OF OUR LIVES 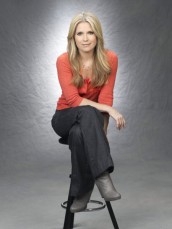 TCA 2011: NBC says they are committed to DAYS OF OUR LIVES

With CBS and ABC shuddering their long-running soaps, NBC is still fully committed to its daytime soap warhorse DAYS OF OUR LIVES.

“It’s the only soap we have and I think it does relatively well for us,” NBC Entertainment Chairman Robert Greenblatt at today’s 2011 Summer TCA press session.

Greenblatt also says the other networks shedding their schedules of soaps could also open up more of an audience for NBC’s DAYS, but Greenblatt cautions that this genre may “sort of be going into the twilight years of its existence with all the other talk shows and syndicated shows that are out there.”

“At the moment, we are really happy with its performance and I think it will be on for awhile,” concludes Greenblatt.