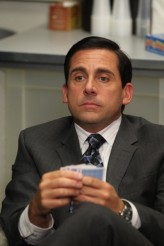 With the success of THE OFFICE and PARKS AND RECREATION on NBC’s Thursday night schedule, NBC announced today they’ve nabbed Greg Daniels(who executive producers those two series) for a new development deal.

“Greg and I had the chance to work together a number of years ago at the Fox network when he was launching KING OF THE HILL, which I think ran 13 years,” says NBC Entertainment Chairman Robert Greenblatt at the today’s NBC TCA press tour. “It’s a new deal to develop all kinds of programming, but we also want to emphasize animation, which is something that Greg is very key on getting back into. I think, aside from Fox having a corner on the animation market, Greg is going to do some really interesting things in that area, as well as live-action programming, scripted and otherwise.”