Home » TCA 2011: ABC’s OFF THE MAP used LOST ending to its advantage 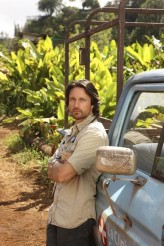 TCA 2011: ABC’s OFF THE MAP used LOST ending to its advantage

What happened when LOST ended its run in Hawaii? ABC utilized the infra-structure to launch its new medical show OFF THE MAP there.

“The genesis for the idea came just as LOST was ending,” explains creator Jenna Bans who executive produces the show with Shondra Rhimes. “So many areas in [Hawaii] could double for South America.”

In terms of how different it will be from ABC’s other medical shows executive produced by Rhimes (GREY’S ANATOMY, PRIVATE PRACTICE) is it’s location.

“What makes this show different from other medical shows on TV – these characters are not at the top of their game personally and professionally,” says Bans. “These characters need to start over and reinvent themselves, so this is a huge difference and the setting allows us to tell stories medically that you haven’t seen on TV. They don’t have the technology and medical supplies as their resources. This allows us to delve into stories no one else can do.”