Home » Exclusive: The scoop on INDEPENDENCE DAY 2 – could it be happening soon? 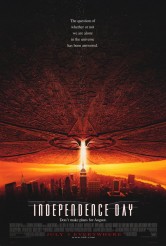 Exclusive: The scoop on INDEPENDENCE DAY 2 – could it be happening soon? 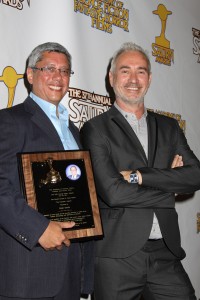 While speaking with writer-director-producer Dean Devlin who was awarded the Dr. Donald A. Reed Award at the 37th Annual Saturn Awards (and presented to him by longtime collaborator Roland Emmerich), ASSIGNMENT X asked Devlin about the long-rumored sequel to INDEPENDENCE DAY which he co-wrote and produced with director Emmerich back in 1996 (so would that make the acronym ID4-2?)

This is what Devlin had to say about INDEPENDENCE DAY 2.

DEAN DEVLIN: Roland and I would like to do sequel to INDEPENDENCE DAY. We’re still trying to make that happen. I don’t know if it will – there are a lot of moving parts, but we would love to do it.

AX: It seems like this would be the right time.

DEVLIN: It feels that way. The story we came up with is worth making and we didn’t have that before. Before it was pressure to do the sequel to something successful for the sake of doing it, and now it’s a story we care about and we want to do it – that changes everything.

AX: How was it having Roland Emmerich present you with the Dr. Donald A. Reed Award?

DEVLIN: Isn’t that wild? It was amazing. Obviously Roland has been my mentor and one of my best friends. He’s one of the most important people in my life, I owe him everything so it’s great to get the award from him. And it’s the Dr. Donald A. Reed award, a man who we all miss – the reason we’re all here.