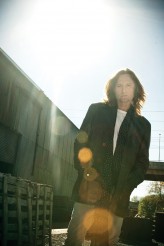 With one of the most unmistakable voices in pop music, John Waite enters his fifth decade in the record business with an excellent new 11-song album ROUGH & TUMBLE (which hits stores today).

The former Babys and Bad English frontman, Waite is perhaps best known for his 1980s solo hit song “Missing You” and the NO BRAKES album from which is came from.

Yet, despite the fame that came with that track, Waite continued to follow his own muse – ignoring trends and fads, and creating a rich body of work including the superb 1990s solo records TEMPLE BAR and FIGURES IN THE LANDSCAPE.

ASSIGNMENT X recently spoke with Waite in an extensive and exclusive interview where he discusses the evolution of his new album, as well as his stellar career. 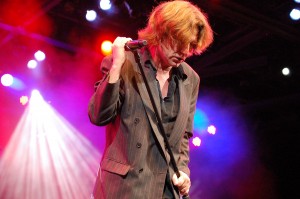 JOHN WAITE: I still smoke about three cigarettes a day and I don’t warm up before a show – I really have no idea where it comes from.  It’s adrenaline. It’s being in the moment, it’s not warming up that makes it believable I suppose. I don’t know how it works, so I don’t really go there. When I start writing songs, I don’t really understand how I do it either. I think once you know, it become hack and predictable, so I’ve always waited to the very last minute to throw myself in and it seems to work. I’m lucky I suppose.

AX: I’m curious how much last year’s live album IN REAL TIME informed ROUGH & TUMBLE? I feel some of that tightness from the live album has bled over into the new album.

WAITE: IN REAL TIME was made during a very dark period for me. My personal life was just dark and I was just finding my feet again. The live album came, and all the energy and angst and musical ambition all crystallized at the same time. The band was really ready to do it. Everybody was ready. I got the production credit, but it was really the band playing live. There’s no overdubs on that record. I was very aware of the arena rock bands making records with synthesizers and edits while coming on stage and playing along to tapes. I was really pissed about it. I could see people being duped, and everybody seemed to be going along with it. That was part of it. I wanted to do something that was raw and true and real like the old ‘60s bands do. I used to go to my local university in Lancaster [England] on Friday nights to watch The Who, Free, Fairport Convention. You name it. Paul McCartney came through there once. They were unbelievable bands and they all played live. Nobody’s doing it anymore. That was why the live album came out the way it did.

When I got into the studio [for ROUGH & TUMBLE], I was insistent on it being simple. I didn’t want it to be dressed up. I thought the songs should have more humanity. That’s what people look at at the end of the day – they look for something that’s speaking to them, not a wall of effects and double tracking.

AX: Why was it such a dark period for you?

WAITE: I lost my dad. Once you deal with grief, you really start to reassess what’s going on – and loss like that. It reminded me that life is short. My own time here is limited and to get on and live while you got it. That really informed the music.

AX: Can you talk about selecting songs, writing songs and deciding what the shape of the album was going to be?

WAITE: I wrote four with [Matchbox 20 guitarist/songwriter] Kyle Cook in Nashville the previous year and I had one in my back pocket called “Peace of Mind.” We cut those five in Nashville. That was it. It was going to be E.P. I split for Europe to start a three-week tour while it was being mixed and when I got back, there was this murmuring in the background of “maybe we need more tracks.” I was trying to ignore that as much as possible, because I was finished with the record. I gave it my best shot. I wandered around for three months thinking, “what am I going to do now?” I couldn’t think of anything to put with those tracks, it was finished for me. I closed the door on that project. I guess I got up one day in August, and thought “if ever I’m going to do it, it’s now,” so I put the Tina Turner’s song “Sweet Rhode Island Red” on a piece of paper and “Hanging Tree” underneath that. I knew those two songs. I thought I would re-record “Mr. Wonderful” [from IGNITION] as a bonus track for Germany and “Shadows of Love” was sitting around that the record company liked a lot.

Me and my guitar player Luis [Maldonado], wrote “Rough and Tumble” before we went into the studio and when I was staring out the window, this guy named Jamie Huston rang up and said, “you remember that song we wrote, somebody wants to do it.” I couldn’t even remember the song, he MP3’d the song, and I put that in there too. That was “Skyward.” Alison Krauss suggested “Further the Sky” which was this incredibly sad, lovely song by Gabe Dixon. There was one more song I couldn’t finish, but everything that was in front of me, I used. I hadn’t a choice. 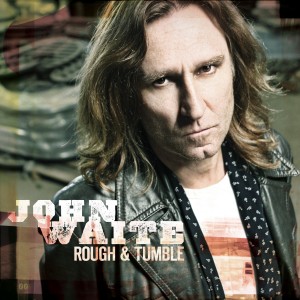 AX: It was that quick?

WAITE: We re-arranged and cut and recut, and just went berserk for three days. It was like a dogfight. It was a funny dogfight. There was a lot of laughing and good times and doing something that was serious. At the end of it, I didn’t know what we got because we worked so quickly. I went back to England to visit my mother, and when I came back I oversaw the mixes and the edits. It all worked out when I put the songs together  and the management and I sequenced it. I thought, “Not bad.” I stood back from it and thought it was pretty great.  It took awhile for it to sink in, but it is perhaps the most full tilt record I’ve made, but I did it like sleep walking. I just made choices very quickly. I had no idea how it happened. I probably couldn’t do it again.

AX: I’m curious about you wanting to redo “Mr. Wonderful” over something else.

WAITE: I had been checking out  iTunes, and you can go on iTunes in Germany and see what’s selling and what people like. I would see that “Mr. Wonderful” was number two. Whenever I went to Germany, it brought the house down. It was a big song in Germany. I was looking for song on any level. I thought, “we play that live, we could cut that between other songs and get one more song for a bonus track, even if it’s for Europe.” That’s how it came into being. We played it as the guitar version, rather than the piano version. It’s even more punk than the original. I just kept it.

AX: “Shadows of Love” was left off the U.S. release. It’s a great song, but why was it put on the European release only and not the U.S.?

WAITE: We thought it was too straight-ahead. Going into the record, the Europeans thought it was the best thing since sliced bread and I couldn’t make my mind up. We thought while we were mastering the record, we have enough songs for a great American record, leave it off and if we change our mind, we’ll stick it back on. Like I said, we worked so quickly, I might have made a mistake of it. I don’t know. Maybe it’s going to on the next pressing of the record. [Editor’s Note: It’s available as a single download through iTunes and other e-tailers]. I’m not making a lot of decisions here. The album seems to have a life of its own. 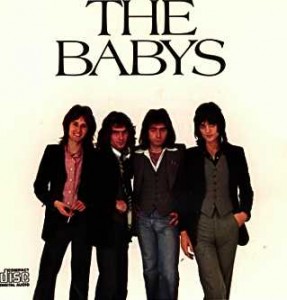 AX: “Sweet Rhode Island Red” sounds as close to the Babys as you can get – and it’s a cover!

WAITE: Thank you. Well, the guy in the Babys who understood black music or listened to black music was me. The other guys didn’t really follow black music and it took me awhile to understand that. When I look back on it thirty years later, I get it. At the time, I didn’t. Blues and country were really instilled in me as a kid. The other guys didn’t have that. They were more into the rock thing or progressive rock or whatever is they liked – [Led] Zeppelin. I was kind of off listening to Hank Williams, Tina Turner, Booker White and Etta James and all those great singer-songwriter people for America. I also had a dash of folk in me as well. I came form a very eclectic place and the others knew maybe one thing which was rock. So whatever I turn my attention to, it’s going to have that touch really.

AX:  Songs like “Better off Gone” and “If You Ever Get Lonely” really come from an honest place.

WAITE: Those are new songs I wrote with Kyle. That was that Nashville, Americana rock stuff. The album is a balance. For all its simplicity, it’s still done with craft. It’s two people thinking it throughout instinctively. Kyle is one musical guy. I fly by the seat of pants, making up everything on the spot and he’s more careful. I think the two things acting together was something neither of us expected.

Tags: Babys, Bad English, Better Off Gone, If You Ever Get Lonely, John Waite, Missing You, No Brakes, Rough & Tumble