Exclusive Interview: Ruben Fleischer on 30 MINUTES OR LESS, ZOMBIELAND 2 and THE GANGSTER SQUAD 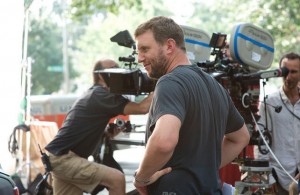 Director Ruben Fleischer may have come from the music video and commercials world, but his directorial debut ZOMBIELAND proved he could handle great storytelling, absurd humor on top of some highly stylized visual filmmaking techniques.

With the critical and commercial success of ZOMBIELAND, Fleischer was looking for something a little more low-key for his follow-up which he discovered with the comedy 30 MINUTES OR LESS.

The story follows a pizza delivery guy (ZOMBIELAND star Jesse Eisenberg) who has a bomb strapped to his body by a couple of thugs who give him a short window to rob a bank or blow up.

The unique aspect about 30 MINUTES OR LESS, is it’s more or less an independent film that was acquired after the fact by a studio.

While at Comic-Con to promote the film (which is now in theaters), Fleischer sat down with ASSIGNMENT X for this exclusive interview as he talked about his new film, THE GANGSTER SQUAD which he films next and the status of ZOMBIELAND 2 (don’t hold your breath).

ASSIGNMENT X: 30 MINUTES OR LESS is definitely a departure from ZOMBIELAND.

RUBEN FLEISCHER: I’m really proud of the movie and I think it’s really funny and I think the Comic-Con audience can appreciate a darker, more challenging comedy that pushes the boundaries and limits.

AX: ZOMBIELAND is such a visually impressive movie, did you bring that same sensibility to 30 MINUTES OR LESS or did you want to try something different?

FLEISCHER: I came from music videos and commercials, which are a really visually driven media and I was really always trying to define a cool style and technique in every project that I did. With ZOMBIELAND I was excited to let loose a flurry of ideas on the rules or the car crash – there were different opportunities to impose a visual style. With 30 MINUTES OR LESS, I made a conscious decision to not let the style overwhelm the substance and let the comedy be the showcase and just have it be the funniest movie. If you notice, our main title sequence is the most basic titles on screen and I almost wanted it by design to be lo-fi and almost ‘80s, because I didn’t want it to distract from the content.

AX: You’ve been offered a lot of high profile stuff after ZOMBIELAND, and you chose almost an indie film in a way, as your follow-up.

FLEISCHER: It’s being distributed by Sony, but it wasn’t a Sony movie, they picked it up. For me, for picking a second film, I wanted to take on a project I could really deliver on and make a movie people would like and hopefully be successful and lead to further opportunities. This movie, when I read it, felt like something I knew how to make. I really connected with the material. I thought the characters were so original. I instantly thought of people I could cast and put in those roles. It was just a great opportunity to make a movie on my terms. We didn’t make it at a studio, we made it independently. I had a lot of creative control. The budget wasn’t so big, so there wasn’t pressure there. We were kind of left to our own devices to make the best version of the film we could.

AX: Can you talk about your action drama THE GANGSTER SQUAD?

FLEISCHER: It’s a big step up. It’s a period movie, so that adds a new level of challenges. Los Angeles in 2011, doesn’t look like it did in 1949, so we have to be very creative in how we shoot and employ a lot of visual effects to turn back the clock. It’s a big action movie. There are tons of set pieces, lots of gunfights and car chases, fistfights, shoot-outs – it’s cool. I’ve done comedy, so stepping into drama is a different world and I have a little less comfort with and it will be a new challenge for me. For me I want to keep growing and evolving as a filmmaker and this seems like it’s going to present a new set of challenges.

AX: It seems like you would be an obvious guy that the studios would be coming after to do a superhero movie – have you been approached?

FLEISCHER: I had a couple of neat opportunities, but it’s challenging. What I want as a director is to be responsible for defining and delivering a movie and what’s cool about THE GANGSTER SQUAD, I got involved before any of the actors and cast it with the people I saw who was best for the roles. I want to do my job as a director and exercise my vision, I’m glad it’s not lost in a bigger sort of franchise. This is a truly original film.

AX: You must have a favorite comic book you’d like to do?

FLEISCHER: I feel right now, with comic book movies, there’s so many, I don’t know how you distinguish them. I think it’s really a challenge. While there are characters I would love to bring to life, I feel like the marketplace is really full. Even if you make the most original movie, it feels like it’s just another superhero movie to a broader audience. 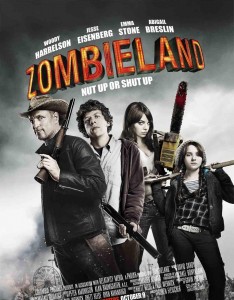 AX: What’s the status of ZOMBIELAND 2? Will the movie go on with or without you?

FLEISCHER: I’ll be honest, there’s a lot of talk about it. I know that the fans would really love it and I would love to provide it for them, I just think the reality of it happening is less and less likely as every day passes. It’s not for lack of any love of the film or my desire to do a sequel or any of the cast’s desire or the script not being good enough or whatever’s been said. We all want to do it. I think at a certain point, we love the characters, we love the original movie, and maybe it’s best that’s what stands.

AX: So a movie wouldn’t happen without your involvement?

FLEISCHER: I can’t say that. I don’t own the property. They can do whatever they want with it. They can make it a franchise where they recast it and it’s an entirely new set of characters in that world. They can do whatever they want to. I don’t possess it. It’s not up to me. The studio holds the cards and the cast could do it without me and I could do it without the cast and vice versa, but in order for the movie to be the true sequel to ZOMBIELAND it would have to be the original cast and with me.