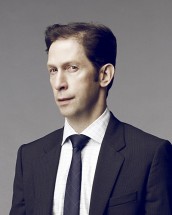 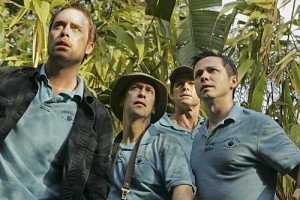 In CBS’s new Friday-night fairly lighthearted action series CHAOS, a team of four CIA agents often buck their bureaucratic bosses in order to cut through the red tape and just save people who need saving. Tim Blake Nelson (O BROTHER WHERE ART THOU?, SYRIANA, THE INCREDIBLE HULK as an actor, THE GREY ZONE as writer/director) plays Casey Malick, the group’s sarcastic “human weapon,” who has the fighting skills of Ethan Hunt, a ninja and River Tam all rolled into one average-looking guy. Nelson talks to ASSIGNMENT X about playing an Agency battler, plus his other current projects.

ASSIGNMENT X: Does the series CHAOS fit your real-world view of the CIA?

TIM BLAKE NELSON: Yeah, I suppose it does to a degree, on a macro level, because it’s examining inter-office politics, and I think those pervade any organization. I think on an ad hoc basis, sometimes it will and sometimes it won’t, but my own character – there’s very little that’s come out of his mouth that we’ve shot so far that feels inauthentic. And ultimately that’s largely what you’re responsible for.

AX: Are you enjoying the “I’m a human weapon” aspect of playing Casey?

NELSON: Yeah, I love that. And the fighting is a lot of fun, because I’ve never done that. My body is changing and my outlook on life is changing to a degree. I train three times a week in Krav Maga. And I’m a little Jewish guy from Oklahoma, and I’m kind of scrawny and so suddenly, I actually, when I walk down the street, in a strange way, although it’s apocryphal, because of course anybody can still beat me up, I feel different. And I think that’s part of what’s exciting about acting – experiencing how these roles can change you on a cellular level.

AX: What’s the most fun physical thing you’ve gotten to do on the show so far?

NELSON: The fighting has been the most fun. There’s a flying spin-kick that I do in the Russia episode, which is our third episode.

AX: You are in a lot of films that just came out or are scheduled to come out this year – FLYPAPER, YELLING TO THE SKY, DETACHMENT, SIN BIN, THE BIG YEAR and EVERYBODY LOVES WHALES. How did you find time to do all of those movie roles, plus CHAOS?

NELSON: I’ve been working a lot this [past] year. FLYPAPER [is] a lot of fun. That premiered at Sundance. Plus the network really did me a favor. I’m sure you guys know that for a moment, we were canceled, or not picked up, and then they decided to pick us up. And so that extended the hiatus I was able to fit two more films in in that time.

AX: Are you playing leads in the films?

AX: When you’re working in that many movies, it seems like some of the shoots must overlap. How do you keep everything straight in your head?

NELSON: You know, the characters I end up getting to play are so distinctive, and the demands are so particular, that that has never been difficult.

NELSON: Yeah. The movies that are on IMDB I’m very excited about, and then I’ve written a new movie that I intend to make that is a larger fantasy movie that is based on a story I told my children, and that’s called THE GYRE and hopefully I’ll be making that whenever I get a break from this.

AX: Besides being an actor, you’re also a writer/director/filmmaker. Did you have any hesitation in taking a role on a series, because obviously that would cut into your filmmaking time?

NELSON: You know, I guess you do have to be somewhat strategic, but for a lot of reasons, almost a constellation of reasons, I took this show. I do love acting and I love the part and so I had to go with my gut. The fact is, I’ll be making films for the next forty years, so – well, that would be [at age] eighty-six – maybe thirty years.

NELSON: I can’t imagine this is going to hurt him. And I also write while I’m working as an actor, because you have downtime, so I’ll come out of this with two new scripts to make as a filmmaker and I’ll be paid [during that time] to write.