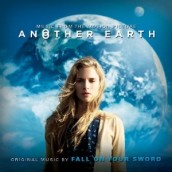 Fall On Your Sword creates a unique sci-fi score doppelganger

Nothing says “sci fi” like the bleeping weirdness of electronics, whether it’s Louis and Bebe Baron’s bizarre, futuristic frequencies in FORBIDDEN PLANET, the pulsing, eerie sterility that Gil Melle brought to THE ANDROMEDA STRAIN, or the sinister, metallically grinding synths that Brad Fiedel constructed THE TERMINATOR’s killer robot with.

With the dance vibes of rave and hip-hop finding their way into film scoring, courtesy of such performers-turned-composers as B.T. (GO) and The Chemical Brothers (HANNA), let alone Trent Reznor and Atticus Ross’ Oscar win for THE SOCIAL NETWORK, electro sci-fi scoring has somehow become a warmer, more energetic place, if no less eerier and artificial.

A great, energetic case in point was how Daft Punk turned the cold game grid of TRON LEGACY into a giant day-glo after-hours club, their catchy beats the real ecstasy on hand in a musical world that was unmistakably created, and populated by fantastical machines.

You’d think that Daft was spinning at the End of Line Club again whilst listening to ANOTHER EARTH, except here it’s Fall On Your Sword that captures that techno genie sound in a bottle. But even if there’s nothing as remotely exciting as a light cycle chase on this EARTH, the tell-tale rave energy delivers while bringing on an entirely different, organically intimate scope- something that’s right in tune with this metaphysical, kitchen-sink sci-fi indie that spends way too much time cleaning the kitchen sink. It’s truly in this entrancing score by the Brooklyn-based team of Will Bates and Phil Mossman that the big counter-earth ideas that ANOTHER EARTH maddeningly flirts with do the dirty deed,

The ever-growing mirror orb of ANOTHER EARTH is introduced through a near Casio sound, which is quickly joined by other old school state-of-the-art keyboards to create a cool, catchy retro groove theme.  Sword steadily reveals their work’s surreal, poignant quality, again apropos for a morose heroine whose life (and many others) is screwed by a quick glance to the sky. Synths seamlessly, and hauntingly merge with the more down to earth elements of a piano and violin. Their themes are caught between solo mourning and an ironic waltz as chattering percussion, sampled voices and alt. pop rhythms threaten to launch into some unheard Eurythmics song. Sword’s eclectic, and constantly intriguing musical vision is caught between the dream of the stars and the gravity of the Earth- work that’s as futuristically offbeat as it is tangibly emotional, even moving in a way that something purely composed of wires and circuit breakers couldn’t be.

With ANOTHER EARTH, Fall On Your Sword makes us hear the bigger cosmic mysteries the film itself neglects to indulge in, all as heard through a haunted, human perspective. Better yet, you still get the electro-groove ear candy that’s been the stuff of space travel since United Planets’ Cruiser C57-D touched down on Altair IV. Here, it’s the score that truly takes off towards tender imagination.

Click on link: To buy the Another Earth soundtrack

Tags: Another Earth, Fall On Your Sword, Movie Soundtracks