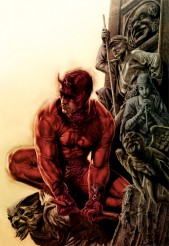 VARIETY is reporting that THE TWILIGHT SAGA: ECLIPSE director David Slade will be directing the new DAREDEVIL reboot for 20th Century Fox.

The previous Marvel Comics film adaptation came out in 2003 and starred Ben Affleck. It didn’t do particularly well at the boxoffice, so a reboot seems perfectly logical.

Stay tuned for the expected parade of actors vying for the role of the blind lawyer turned superhero.