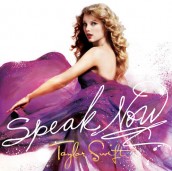 At 20-years-old, Swift chews through boyfriends like nobody’s business, but her art certainly benefits from all that emotional turmoil on her strong third disc

Let’s clear the air about Taylor Swift and who she is, what she is and her legitimacy as a pop music force.

First off, the young singer (now 20, soon to be 21 in December) hit the scene as a country music artist whose popularity grew in a grass roots sort of way. She was the anti-Britney Spears – someone vulnerable, sincere and innocent even if her lyrics proved to be biting and bitter at times.

However, you could always hear Swift’s true voice coming through on her first two discs.

Secondly, she may be categorized as country, but let’s face it, she’s a pop artist. Like Shania Twain and many crossover country acts, her music is way too polished to truly be considered “country.” A little twang, a little slide guitar and she’s in with the country crowd. So be it.

And finally, Swift’s ability to carry a tune. She’s had her fair share of controversy over the last year and she’s struggled at times to stay on key during live performances, but at least she tries. Part of her charm is her warble, and the fact that her albums don’t sound auto-tuned to death like every other pop artist out there, I’ll take rough-around-the-edges versus a robot performance any day.

This brings us to her latest album SPEAK NOW. Frankly, I wanted to hate this. I wanted to spew venom. While I liked tracks off her first two discs, nothing bowled me over, but here, I liked it.

With Swift writing all the songs on this album without co-writers, there’s strength in her experience and now that she’s older that shines through. With her chewing through boyfriends left and right, it’s provided creative fodder for her. And that romantic discourse and bliss is Swift’s strong point.

The album is produced by Nathan Chapman who gives all the tracks a nice spit and polish. Lead off tracks “Mine” and “Sparks Fly” are radio friendly, but it’s the electric nature of the rest of the disc that stands out.

“Better Than Revenge” forgoes the typical icky sweet vocal styling for a revenge laden mantra against an actress who stole her boyfriend. “She’s an actress/she’s better known/for the things she does on the mattress” sings Swift with bite accented by a great guitar hook.

Swift also knows how to roll out the ballads and “Back to the December” speaks about making amends for past mistakes and “Last Kiss” about the end of a relationship.

Swift also tackles critics (perhaps) with “Mean” and the lush orchestra on “Haunted” is haunting indeed.

Pop artists come and go, with most young teen performers having a two or three year shelf life, but after the creative success of SPEAK NOW, Swift is clearly aiming to be a  career performer. Sooner or later she’ll need to grow beyond romantic frustrations and longings, but for the time being she’s retained her voice (warbly or not) and her innocence. It was a gamble to write all the songs on this disc by herself, but it paid off famously resulting in one of the best pure pop records of 2010.