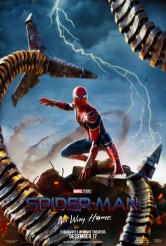 2021 was in many respects a nightmare year in real life, but it managed to deliver some really good movies. Here are my totally unscientific picks for the ten best.

There were lots of other fine films this year, some overall terrific, with standout qualities – THE GREEN KNIGHT’s stunning costume design by Malgosia Turzanska, the gorgeously-executed choreography of Justin Peck for WEST SIDE STORY, based on Jerome Robbins’ original choreography – but these ten are the ones that made the biggest impressions.