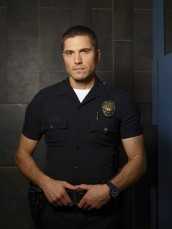 The scoop on the ABC drama series 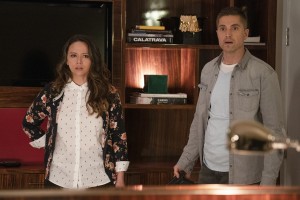 In THE ROOKIE’s second season, Eric Winter’s character, LAPD training officer Tim Bradford, is starting to mellow a little. Sure, in the series created by Alexi Hawley, Bradford still addresses all the new officers as “Boot,” has no patience with slow responses, and generally expects everybody to live up to his standards of perfection. However, Bradford has gotten noticeably gentler with his trainee, Officer Lucy Chen (Melissa O’Neil), ever since she survived being kidnapped by a serial killer. Bradford has even mellowed, a little, toward the department’s oldest rookie, John Nolan, played by Nathan Fillion.

Winter, a native Californian, played Rex on DAYS OF OUR LIVES for 683 episodes. More recently, he’s been a regular on GCB, WITCHES OF EAST END, and SECRETS AND LIES. His feature credits include COMET, FIRE WITH FIRE, THE UGLY TRUTH, and HAROLD & KUMAR ESCAPE FROM GUANTANAMO BAY. Winter’s real-life wife, actress Roselyn Sanchez, recently guest-starred on an episode of THE ROOKIE as a reporter who (no surprise) irritates Bradford.

ERIC WINTER: Wow. Emotionally, I think my character went through a lot in the first season. That was great to play as an actor and emotionally challenging. 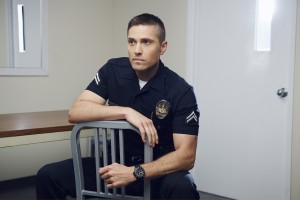 AX: All of the stuff of Bradford dealing with his ex-cop/drug addict/informant ex-wife, who was played by Mircea Monroe?

WINTER: Yes. And I think now, the episode coming back from our winter finale, that episode in particular is a really emotionally and physically challenging episode, for Lucy, and also for Bradford, because it’s very much a staple episode for our relationship. I feel responsible for what we left off with, her getting kidnapped, and I think it’s a very traumatic experience she goes through, and we go through as partners.

AX: Is Bradford any nicer to Lucy afterwards?

WINTER: Yeah, I think I’m nicer in general. I think a lot of that experience, this whole season, I think Bradford is letting down his guard a bit and the walls are coming down. He’s got a relationship with Rachel [played by Jasmine Mathews], which is going really well, and I think he’s finding himself again. 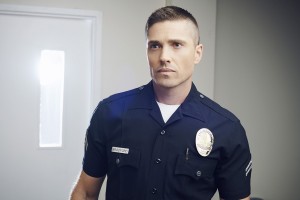 AX: Were you at all concerned with the plotline where Bradford suddenly collapsed as the result of a life-threatening condition?

WINTER: When I first read it, I was concerned. I was like, “What the …?!” [laughs] “Alexi, am I gone? Am I dead?” And he was like, “No, no, no, you’re fine.” But I loved that ending, and I thought that was a really emotionally draining episode as well for my character, the finale of that season. I love that I was able to be that pawned in the finale. But I was definitely nervous at first.

AX: Now that Bradford has gotten more conscious of how he behaves toward Chen, there’s a fair amount of humor in their relationship.

WINTER: A lot of it is from the great mind of Alexi and what he writes for us. But what he does really well, too, is he taps into our – the way Melissa and I are in person, Alexei, I think, finds these ways of tying in a lot of our strengths, within our personalities, and bleeding that into our characters. So even though it’s a different tone – I’m not as serious as Bradford is – a lot of that humor comes from a natural place, and a fun place. So the fact that he found that and tapped into it and gives us such great dialogue and puts us in such great situations, it makes it so fun to play. 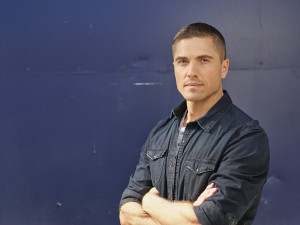 AX: Obviously, THE ROOKIE has some police consultants. What’s the most valuable thing you’ve learned from them?

WINTER: Our consultants are amazing. Chick Daniel and Bob Wu, these guys are two rock stars with LAPD. Chick has since retired, but amazing guys. And they’ve taught us, first of all, just the foundation of how to look, act, behave like a real LAPD officer. We always try to hold true to that, so anybody watching the show can’t really question what we’re doing or how we’re acting. But just the stories that they bring to us from their everyday experiences, and how that helps us shape our characters, is amazing. I mean, these guys live the full live within the LAPD and are some standup individuals. They’ve seen it all.

AX: Had you played cops before playing Bradford on THE ROOKIE?

WINTER: I had played detectives before and things like that, but never an LAPD, never a cop-cop. And one thing I always say is that this is one of those roles where the uniform, the wardrobe really plays a role in how you behave. So it’s incredible. It’s a nice tool. 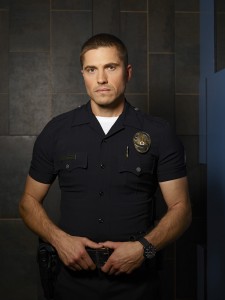 WINTER: I’m doing a podcast right now with my wife, Roselyn Sanchez, called HE SAID ELLA DIJO, with iHeart Media, and that’s currently running, and that’s been a fun side project we’re doing.

AX: And what would you most like people to know about the rest of THE ROOKIE Season 2?

WINTER: You don’t want to miss it. I think this season, again, we push the envelope even more, the character development is off the chart, you’re learning more and more about who we are and how we tick as people, when we’re on duty and off-duty, and the relationships with each other, it’s just getting better and better.