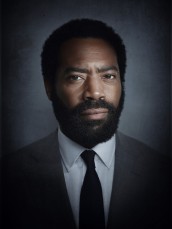 FOR LIFE: Nicholas Pinnock on playing a lawyer who is also an inmate – Exclusive Interview

The actor talks about Season 1 of the ABC drama 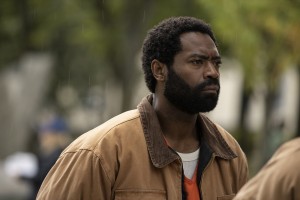 In ABC’s new Tuesday-night drama FOR LIFE, Nicholas Pinnock plays New Yorker Aaron Wallace. Wrongly sentenced to life in prison for a crime he did not commit, Aaron is a self-taught attorney, serving as a lawyer for his fellow inmates while trying to win his freedom and rejoin his wife Marie (Joy Bryant) and daughter Jasmine (Tyla Harris).

Pinnock, originally from London, England, played Nelson Mandela in the telefilm MANDELA: THE PRISON YEARS. Other credits include the films CAPTAIN AMERICA: THE FIRST AVENGER, MONSTERS: DARK CONTINENT, VS, THE LAST TREE, and DARK ENCOUNTER, and the TV series CRIMINAL: UK, COUNTERPART, MIDWINTER OF THE SPIRIT, and FORTITUDE.

Aaron and FOR LIFE are both loosely based on the life and experiences of Isaac Wright Jr., who serves as consultant and as one of the show’s executive producers.

At a FOR LIFE Q&A session, Pinnock talks about what he learned from Wright. “Isaac and I spent quite a lot of time together. And for me, it was important to grab an essence of who he was, to add that to who we made Aaron. We’ve talked extensively [about] the way that he deals with things. The way he deals with his composure, his level-headedness, his steady demeanor, was something that I felt was important to capture for the role.”

Is there any room for comedy in FOR LIFE’s serious subject matter? “There is levity,” Pinnock says. “There has to be. And we found some really key moments to be able to pepper those in without it being outwardly comedic. There are some really lovely moments.” 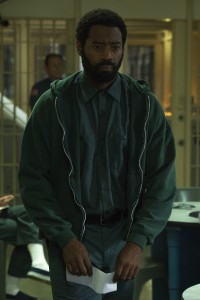 ASSIGNMENT X: Do you prefer working in the U.S. to working in England, or is this just where the part was?

NICHOLAS PINNOCK: It’s just where the part was. I prefer working [laughs].

AX: Had you done research into American prisons before FOR LIFE?

PINNOCK: Not before this show, no. I haven’t needed to, because I’ve not really played any characters that were involved in that environment. [The political prison environment of MANDELA was very different.] I enjoyed doing the research for this show and spending time with Isaac, and understanding a bit more about prison reform, and how certain aspects of the community are overcharged more than others, and how people who are wrongly convicted can stay in jail for years and years and years before they’re proven innocent.

PINNOCK: Absolutely. I think you’ve got those three elements where he has to, to a degree, code-switch. You see three or more different aspects of Aaron Wallace. He’s a different person with the prisoners than he is in the courtroom than he is with Marie and Jasmine, and when we see him with the relationship he has with the warden. 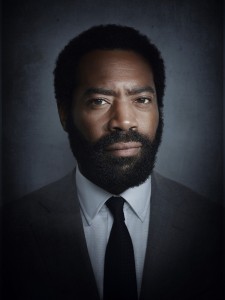 PINNOCK: No, this way is far more interesting, because there’s a subtext there that will run with everything, that has subtle differences that the audience will really have to dig deep to uncover.

AX: What would you most like people to know about FOR LIFE?

PINNOCK: That it’s a show that covers socially conscious elements, as well as being something that’s entertaining.