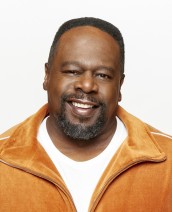 THE NEIGHBORHOOD: Cedric the Entertainer chats about his new CBS comedy series – Interview

The actor and executive producer talks about his new series 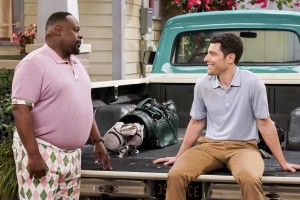 The title of CBS’s half-hour comedy THE NEIGHBORHOOD, now in its first season on Monday nights and renewed for a second, refers to a historic African-American enclave in Los Angeles. Cedric the Entertainer, one of THE NEIGHBORHOOD’s executive producers, plays Calvin, a patriarch who takes pride in his family (wife Tina is played by Tichina Arnold, their sons are played by Sheaun McKinney and Marcel Spears), his neighborhood, and his social standing. When a white family (played by Max Greenfield, Beth Behrs, and Hank Greenspan) moves in next door, Calvin is taken aback by this change in the population. He eventually mellows somewhat in the face of the new neighbors’ invariably well-intentioned but sometimes awkward efforts to make friends.

“The show was developed and created by Jim [Reynolds], and he had this concept loosely based off his own experiences. So early on, when I started to get involved, I thought that the main thing that was missing was the actual point of view of the black guy [Calvin]. So [Reynolds] had a point of view of how he felt [as a white man] moving into a black neighborhood, and I was like, ‘Well, you don’t really have that true counter side.’ So that’s where we actually started to get real with each other. We started laughing. We started to really talk about the experiences, not in the sense that it was a negative thing, just the fact that when people get displaced, you’ve got to think that this guy had a neighbor he was friends with already, or built up years of, even if it was somebody that was an antagonist, it was years of that particular person that I know how to get along with, and now I’ve got something totally new here. So if you get that point of view, you start to get more into the human side, the relationship side of what it takes to live in harmony with someone next door to you, white, black, or otherwise. So that’s when we started to figure out we actually had a show that we can have fun with. And once we get beyond the premise, which is, we all have seen the gentrification here in East Los Angeles, and even South Central Los Angeles, and then, of course, Brooklyn, these kinds of areas where you start to see it become the kind of poster child of these neighborhoods being taken over, and now it’s yogurt shops and juice bars. And everybody’s like, ‘What happened to the bodega?’ That’s the kind of space that we thought would open up the conversation, and then it just takes you to, how do you get along with people that you have to live next door to?”

ASSIGNMENT X: Do you share any of Calvin’s views, or do you see Calvin as just a larger than life person overall?

CEDRIC THE ENTERTAINER: I do [understand] Calvin in the sense that it is about having kind of a cultural pride, and cultural pride in first, actually. So I don’t necessarily see it as a negative, and I would identify with that as Cedric. I recognize that we had to do that very early on in my comedy career. In the emergence of DEF JAM, there was this instant divide. It was black comedians and white comedians. It used to be that everybody had to get on Johnny Carson, or everybody had to get on EVENING AT THE IMPROV. But then, right around when television started to expand, HBO and all of that, then it became these very monolithic groups. And so even becoming friends with George Lopez – he became known as a Latino comedian. Comedy is very universal, and it should be. But people have this idea for taste. And so I think I identify with that about Calvin. Calvin is a guy who is kind of prideful about his heritage, his neighborhood, who he is, and he believes that he has the right to be that. And that’s something that Cedric identifies with, for sure.

CEDRIC THE ENTERTAINER: You know, the way that I try to go into the character, it’s both. We talk about it often. You’ll see, in episode where I talk about how my grandparents lived here, I also have a business there, where I have my auto shop, and we raised the kids, and so it’s the idea that putting in the work is who I am. The longevity of standing and honoring past traditions is who Calvin is, and therefore, once you kind of become the patriarch of that neighborhood, then yeah, it’s a lot of self-pride that shows up. Because if you see changes, you start to give yourself credit for, “Yeah, I remember that was a pothole there, and I went down there, and I talked to the people, and now we don’t have that anymore.” 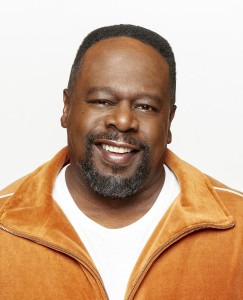 AX: So he sort of identifies with the neighborhood as a part of himself?

CEDRIC THE ENTERTAINER: Yes, exactly. How do you keep your yard? If you have a neighborhood, you know people like that. They want you to know, “Your grass is getting a little tall, sir.”

AX: What was your neighborhood like when you were growing up?

CEDRIC THE ENTERTAINER: I had a great neighborhood. I spent my [first] ten in a small town, but as I got to about ten years old, we moved to St. Louis. into a neighborhood that was being gentrified the other way. It was predominantly white, and our families started to move in. There were enough black families there, there was a swimming pool down the street, and it was a very community atmosphere, one that, in the day of video games, I don’t know how kids do that. But for us, all the kids go outside, we started to meet people down the street, up the street, and it was a real community of people that lived together. Now, I don’t know who lives next door to me, because nobody really sees each other like that, except for to wave and say hello, but it’s very rare in this community, in the way that we live now, that people actually spend time saying hello, talking. It’s rare. Maybe we’re all out getting exercise walks, but that’s it.

AX: Inglewood, California is getting gentrified. Do you think there’s a solution so that the residents and businesses that have been there for generations can stay without getting priced out? Is there a cap on how high the rents can go?

CEDRIC THE ENTERTAINER: There should be a cap. This is something we talked about in our executive producer meetings, about how to really attack this, and it may be something we plan on venturing into in the second season a lot more, is the true positive effects and the adverse effects of gentrification. And we do feel like, in most city developments, that there has to be rules and guidelines to keep a certain level of authenticity there, that you can’t just do it so that you economically push people out that made it the core of what it is. And so I think that that is a must. So when you have staples, when you have people who’ve built family businesses, and they’ve been there, but not as big as WalMart, but something like M&M Soul Food [an Inglewood fixture], when you can justify, “This company, this business has been here for many years, let’s not marginalize them and put the margins on it so big that they can’t sustain.” You have to go, there is some value to showing love to people who’ve kept the tax base up when no other tax base was there, right? And so I think that is important, and those are the kinds of things that Calvin thinks about. I would be like, “I would fight for that.” Not in the sense that I don’t want fresh produce. So sure, I’m cool with getting a Whole Foods – but not at the expense of everything that’s authentic being gone, and by you pricing them out. But the real estate is the issue. Some of my friends, we were talking about some different programs, how we can go in and help some of these communities, because when the real estate moguls come in, they’re just buying property, and they don’t really care.

AX: You are dressed comfortably but very stylishly today. Is style something that’s important to you?

CEDRIC THE ENTERTAINER: It goes way back. We were living in a small town in Missouri, and my mother, she had traveled around, and I guess she was one of the first people to really take advantage of the catalog. So the J.C. Penney’s, the Sears catalog, and she would order all these clothes. So me and my sister, that was our nature. We would always have nice little outfits, and people would know us by that. And I kind of grew up being the same way. I got lucky – I married a stylist [Lorna Wells]. I met my wife on my first movie, RIDE. She was the set costumer, but we dated and dated. She’s a stylist, so she put this on me today. So, swagger.

AX: What would you most like people to know about the rest of Season 1 of THE NEIGHBORHOOD?

CEDRIC THE ENTERTAINER: The rest of this season, you’ll see the other characters growing together, and we will also have the opportunity to show that, again, everything doesn’t turn out automatically right, even though you have the right heart, and you have the right spirit. There are still potholes and things that can trip you up that cause frictions between people, and people who actually have an understanding with each other, but it’s okay to kind of reset and start over again, and that’s what we plan to get to in this season, to show it’s all, we settled it, and then we have to do a reset.