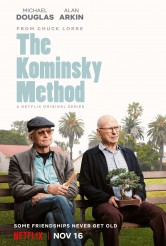 THE KOMINSKY METHOD: Creator Chuck Lorre on Season 1 and the end of THE BIG BANG THEORY – Interview 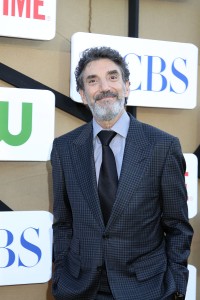 THE KOMINSKY METHOD is an uncharacteristic creation for writer/executive producer Chuck Lorre. Lorre is known for the CBS comedy hits he created or co-created, including the long-running TWO AND A HALF MEN, MIKE & MOLLY, the continuing MOM, the just-concluded twelve seasons of THE BIG BANG THEORY and that show’s prequel spinoff, the renewed YOUNG SHELDON.

THE KOMINSKY METHOD, now in its first season on Netflix and in production on its second, has its share of humor. However, it deals seriously with issues of aging, failing health and death. Michael Douglas (who won a Golden Globe for his work in the role) and Alan Arkin (who was nominated for a Golden Globe) star as, respectively, former actor turned acting teacher Sandy Kominsky and his agent/best friend Norman Newlander.

ASSIGNMENT X: Do you think you’re going to miss THE BIG BANG THEORY more than you’ve missed some of the other shows that you’ve done?

CHUCK LORRE: Yeah. The grief about letting go of BIG BANG is going to roll for a long time. I think most of us on the show have managed to compartmentalize that for the time being, so we can work. But it’s going to be difficult. I got to watch the cast grow up on BIG BANG. Twelve years is a big part of their lives. There’s been a really warm environment for a long time. It’s fun to be on that stage. It’s a healthy stage. You’re free to communicate, and talk, and try different things. And the cast has been impeccably professional all through it, and that’s sometimes hard to do when success hits like it hit for these guys. Success can really throw people for a loop, and I’ve seen that – not with the BIG BANG cast. They’ve handled it with such dignity and grace.

AX: Going from THE BIG BANG THEORY, where the cast started very young, to THE KOMINSKY METHOD, how is it working on a show where all the actors are older than you?

LORRE: [laughs] I’m the kid on this show. I love it. “Here comes the kid, with the notes.”

AX: Can you talk about Jacqueline Bisset, Jane Seymour and Paul Reiser coming on as guest stars for the second season of THE KOMINSKY METHOD?

LORRE: Jackie plays [Sandy’s] ex-wife. The back story on Jane is, she plays a woman that Norman had a wonderful, romantic affair with during the Lyndon Johnson administration, before he met his wife. And she married another man, and he married his wife, and they both had long, long marriages, they’re both widowed, and they meet again. That happens in life. So it’s a wonderful journey for both of them. 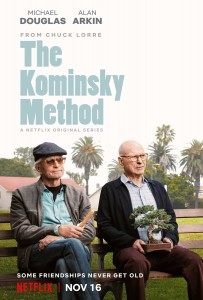 AX: Can you give any hints as to what will happen in Season 2 for Sandy’s daughter Mindy, played by Sarah Baker, and Norm’s daughter Phoebe, played by Lisa Edelstein?

LORRE: Well, at some point, Norman’s daughter comes out of rehab, and so that’s going to be exciting, and I think there are ways to do that in real but unanticipated ways. And Sandy’s daughter gets into a serious relationship that causes Sandy some difficulties.

AX: Is that relationship with the Paul Reiser character, who is older than she is?

AX: Had you worked with Jacqueline Bisset before this, or some of your other recurring actors?

AX: Were these people you’d always wanted to work with?

LORRE: Oh, yeah. One of the great benefits of working with people like Alan and Michael is, they’re magnets for great talent. Great talent wants to work with great talent, and they know if they’re going to be in a scene with Michael Douglas and Alan Arkin, that’s going to be a good scene.

AX: Well, presumably, working with you is sort of a magnet, too …

LORRE: I hope so. But I know I’m standing on the shoulders of some giants here. It would be silly not to recognize that.

AX: In first season, there were a lot of elements that involved Norman being Jewish. What’s coming up in Season 2?

LORRE: Regarding the Hebraic nature of the show? I can’t think of anything offhand. We invoke it, but I’m not sure there’s a story involved.

AX: Do you feel like it’s easier now to have characters who are specifically Jewish? On earlier shows, there were characters like the Buchmans in MAD ABOUT YOU who seemed to be Jewish, but never talked about it …

LORRE: I think it’s a different era. I don’t know that it informs [the characters]. Norman’s character is very much a secular Jew. And that’s a character. That’s a character who has abandoned some aspects of it, but there are traditions that are just wired into your genes. There are attitudes and modes of behavior that are just hard-wired, regardless of whether you choose to be a faith-based Jewish person or a secular person. 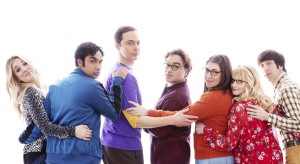 AX: There are so many shows now, new and old. How did you feel when THE KOMINSKY METHOD won a Golden Globe?

LORRE: That’s been really meaningful. The Golden Globes gave us the greatest gift you can imagine, in that they said [to audiences], “Look into this. Give this a chance.” And in a world of five hundred shows, that’s astonishing, to get that kind of a leg up. So the gratitude for that, that will be forever. I’m still gobsmacked. I think it was when Carol Burnett said the word “gobsmacked” that night, I thought, “That’s the perfect word, gobsmacked.”

AX: What would you most like people to know about Season 2 of THE KOMINSKY METHOD?

LORRE: It’s still very much a show about two men dealing with the vagaries of getting older, and a friendship that supports them both. That’s the love affair in this show, is these two men for each other. And it still is really important to me that this show allows for laughter, that it remains a comedy, despite whatever dark paths we might go down, that it stays a comedy. That’s meaningful to me.