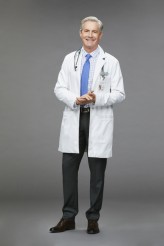 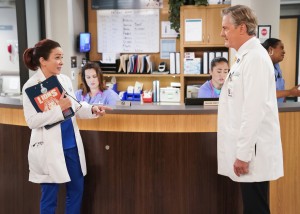 MacLachlan, a native of Washington State, originally became famous for his work with filmmaker David Lynch, starring in the ’80s movies DUNE and BLUE VELVET, and then in Lynch’s ‘90s TV series TWIN PEAKS as Dale Cooper. MacLachlan won a Golden Globe and was twice nominated for Emmys for his performance, then reprised the part in Showtime’s 2017 TWIN PEAKS revival. Other notable work has included SEX AND THE CITY, DESPERATE HOUSEWIVES, PORTLANDIA, HOW I MET YOUR MOTHER, THE GOOD WIFE, and AGENTS OF SHIELD.

Speaking on a Q&A panel for CAROL’S SECOND ACT, MacLachlan says, “I have not had many experiences with four-camera [TV comedy], apart from a short arc on HOW I MET YOUR MOTHER, which was a lot of fun. I worked there with Pam Fryman [who directed the pilots for both CAROL’S SECOND ACT and HOW I MET YOUR MOTHER, as well as 196 episodes of the latter], who I think is an absolute genius. But that wasn’t a live audience. [On CAROL’S SECOND ACT], we did our live pilot, and I’ve got to say, I was really nervous. I was sweating. And I’ve been onstage and in front of an audience, but the dynamic, the precision of this kind of show is daunting. And I’m so grateful that I’ve got pros all around me that will carry me through. But I’m very excited. This is a different world for me, and I’m very excited to be in it.”

After the panel, MacLachlan makes himself available for a one-on-one follow-up discussion.

ASSIGNMENT X: Why do you think it made you nervous to go in front of an audience for CAROL’S SECOND ACT, when you’d done it before in theatre?

KYLE MacLACHLAN: I don’t know. It was so strange. I haven’t done theatre for awhile, but I don’t think that was an excuse. I’m very comfortable in front of people. I think there is the idea that these lines are meant to be funny, so I feel a responsibility [laughs]. I think I’m going to get over that. So it might have been that.

AX: You mean doing comedy in front of people and feeling responsible because you know that you’re supposed to hear a particular response at a particular time?

MacLACHLAN: Yes. I feel that kind of pressure. Someone told me that’s not really my responsibility, it’s the writers’ responsibility [laughs]. So if I can get that in my head, I’ll be okay.

AX: Were you looking to do a comedy at this time?

MacLACHLAN: No, I was just looking for good material. And I read this. I’m open to anything, and most of my career has been that way, where I try to follow something interesting or unusual or, let’s say, “important,” although that’s kind of a big word. And I read this, and I really liked it. I had had a wonderful experience on HOW I MET YOUR MOTHER, which was also a four-camera, also with Pam Fryman as a director. Not with an audience, however. So there was something new on this.

AX: You had an arc on AGENTS OF SHIELD a couple of years back as Calvin Zabo, aka Mr. Hyde, a schizophrenic character who gave himself super-powers that came with super-rage and super-protective parental feelings. Was that fun, playing this outrageous guy?

MacLACHLAN: Yes, it really was. They let me really chew the scenery on that, which I was very happy to do. And again, I had a wonderful experience – really a nice creative team on that. And then all the actors were really lovely. 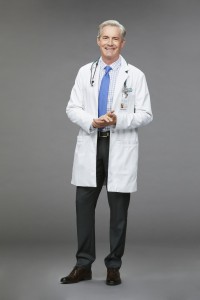 AX: On CAROL’S SECOND ACT, what is your character’s opinion of all the newbie doctors?

MacLACHLAN: He’s the senior attending, and I’m basing it on a very good childhood friend, Dr. Jim Lundblad, PhD, MD, works in Portland at the VA at the Oregon Health Services University there. And he said, these guys are helpful. They can skewer the interns very easily, it’s almost like shooting fish in a barrel, but they’re basically there to help and encourage. The job of the resident is to hold them to task, but as the senior attending, I kind of get to be the benevolent overseer.

MacLACHLAN: Apart from my wine, this is it. [Note: after this interview was conducted, it was announced that MacLachlan will play Franklin D. Roosevelt in the Norwegian-made series ATLANTIC CROSSING.]

AX: You have a winery?

MacLACHLAN: I have a winery called Pursued by Bear, and I work on that constantly. It’s a lot of fun.

AX: Excellent. And what would you most like people to know about CAROL’S SECOND ACT?

MacLACHLAN: That you’ve got an extraordinarily high level of talented people working on something that is going to be, I think, very funny and very satisfying.