Dancing With The Stars Season 27 Disney Night No Eliminations 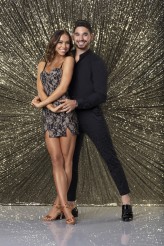 DWTS: Week Five kicks off with fantasies, fairy tales and Disney but no elimination 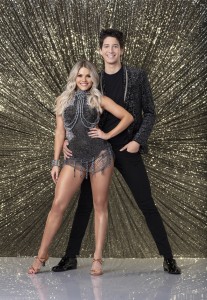 In a cruel ironic moment DANCING WITH THE STARS host Tom Bergeron called out two couples for being the lowest scoring duos, which meant one was to be eliminated and then … ha ha! He burst out with that since it’s Disney night no one would be going home. Funny, not so much for couples Alexis Ren & Alan Bernsten and DeMarcus Ware & Lindsey Arnold who were the guineas in Bergeron’s jollity. And yet how appropriate on Disney night to have heart break before recovery, as nearly every Disney feature has a big loss in the beginning of the film then a healing moment by movie’s end. In this case it didn’t take two hours, just two minutes, actually maybe less than that. Still, the night was full of wonderful performances and a tie for the top spot between Juan Pablo Di Pace & Cheryl Burke and Alexis Ren & Alan Bersten, both scoring 29 points tonight, Len Goodman, as usual, was the holdout for both of the couples not receiving a perfect score. On the bottom was, also as usual, Joe Amiable & Jenna Johnson with just 17 points. Stay tuned!

Milo Manheim (actor) and Witney Carson
Action packed. Inaba called his Quickstep fabulous. Goodman thought there was too much gaping between them. Tonioli said it was a blockbuster.
Scores: Inaba – 9, Tonioli – 10, Goodman – 8, Harland – 9

John Schneider (actor/singer) and Emma Slater
His best! Inaba said he was so agile in his Quickstep. Goodman thought it was full of content. Tonioli said it was proper.
Scores: Inaba – 8, Tonioli – 8, Goodman – 8, Harland – 8

Who Went Home: No One! It’s Disney Night!
Who Has Legs to Take Home the Mirror Ball: Juan Pablo has sex appeal, Alexis is burning up the stage and Milo wants it badly!