THE AMERICANS: Holly Taylor on the sixth and final season – Exclusive Interview

The actor talks her favorite moments on the acclaimed series 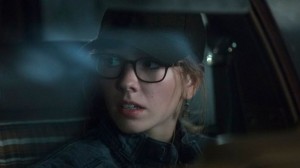 After six seasons, FX Networks’s potent drama THE AMERICANS is coming to a close. The story of two undercover Soviet spies in the 1980s posing as an ordinary American couple, Philip (Matthew Rhys) and Elizabeth Jennings (Keri Russell), creates as much suspense with family issues as it does with lethal espionage. From the outset, Holly Taylor has played Elizabeth and Philip’s daughter Paige, who has grown up over the course of the series, going from total innocence to being taken under Elizabeth’s wing and tutored in the art of spycraft.

Originally from Nova Scotia, Canada, Taylor joined the Broadway cast of the musical BILLY ELLIOTT when she was eleven years old, staying with the show for two years. Taylor talks about her feelings on saying goodbye to her character, her cast mates, and THE AMERICANS as a whole.

ASSIGNMENT X: Are you sad THE AMERICANS is ending, do you feel like you’ve learned a lot and can move on now, or …?

HOLLY TAYLOR: Yeah, it’s bittersweet. It’s sad that the show is ending, because I’ve gotten so comfortable going back to it in the fall to shoot, and it’s like a family there, but at the same time, I’m excited for any new opportunities that are going to come, and I have learned a lot.

AX: There’s a three-year time jump in the story between the end of Season 5 and the start of Season 6. Did you have any questions as an actor about jumping three years, and how to make Paige seem three years older without being overt?

TAYLOR: Yeah. It was challenging, and I also am Paige’s age now in real life, so it was weird. Nobody knew that I was actually twenty years old, so I had to prove to everyone that’s how old I really am, so it’s not like it’s something farfetched, I’m just playing myself. So it’s been interesting to see that transition and to be able to show it to the audience, but not throw it in your face and be like, “Oh, Paige is going to college,” or “She’s wearing less clothes,” something like that [laughs], to make it so blatant.

AX: So far, Paige has pretty much subscribed to her mother’s positive view of the Soviet Union. Do you think Paige would still be rooting for Russia if the story was set today instead of in the ‘80s?

TAYLOR: I don’t know. I think that if Paige found out the extent that her parents go to – killing people and the honey traps – in the period that the show is set in, I don’t know if she would be rooting for Russia. But at the same time, America was doing [unpleasant] things of their own. So there are two sides of the story. I think if Paige found out about that stuff, she might be a little more skeptical [about] what her parents do.

AX: What’s been the most exciting thing for you about playing Paige?

TAYLOR: The most exciting thing for me is playing such a non-stereotypical teenager. Every show you see, the teenager, their main plotline has to do with what boy they’re dating, or something like that. Paige had a little bit of that, but it was more relevant to her family life. And I think that she has so many bigger issues, and things that regular teenagers deal with, just hers are on a larger scale, and I like playing that role and showing the depth of a teenager, instead of just portraying them as this yappy, annoying thing [laughs]. So it’s cool to play a character with depth.

AX: Paige has very strong convictions about trying to make the world a better place, even though she’s not always sure how to do that …

TAYLOR: Exactly. Paige doesn’t care about being popular, or getting someone’s attention. She’s comfortable within herself, and she cares more about social justice and fighting for the well-being of the world, and I think that that’s so remarkable and great, to show that there are teenagers like that. Because there are so many of them, it’s just none of them get shown on television.

AX: There’s a scene at the beginning of THE AMERICANS Season 6 where Paige and Elizabeth and their Soviet handler Claudia, played by Margo Martindale, are all together, watching a Russian comedy on television. Is that just to show bonding, or is that so that Paige can learn Russian, or …?

TAYLOR: Yeah, it’s a bit of both. I don’t know if she’s learning the language, but it’s just to learn about Russian history, and where her parents are coming from, and their cause, and the history of this country. If she’s going to be passionate about it, if she’s going to be working for her mom, she has to know the history of how they got here, and what’s happening. But also, Paige has never had a grandmother [as a major figure in her life]. And now, to be with Claudia and have this weird kind of family member, it’s nice for her. 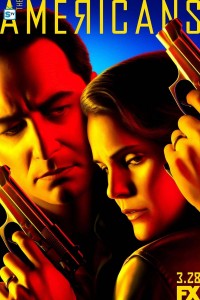 AX: What’s the most interesting thing you’ve learned working on THE AMERICANS?

TAYLOR: The most interesting thing I’ve learned is just how to be a good person. I’ve learned so much from Keri and Matthew about respecting every single person on the set, and be so hard-working and prepared and humble, and just there are so many qualities the drive the acting technique that I can take away from them, and bring with me to any project I go to next. They’ve been a great example.

AX: Not asking for spoilers, but in what we’ve seen so far, do you have a favorite scene or a favorite episode?

TAYLOR: My favorite episode was probably when Paige found out [that her parents are KGB agents]. I felt like that was such a turning point. I know it was Season 3, but it really changed the whole show and how it was going to play out. I loved doing that scene. I think it was really important.

TAYLOR: How amazing the cast is, and how awesome everyone is, and everyone enjoys watching it, and we enjoy making it, so it’s so nice to be a show that’s well-received, for all the hard work we put in. 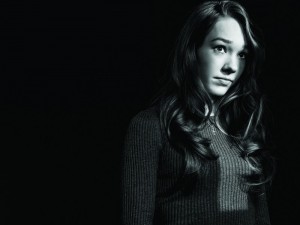