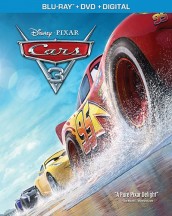 Reviewed: CARS 3, THE GLASS CASTLE and THE LIMEHOUSE GOLEM 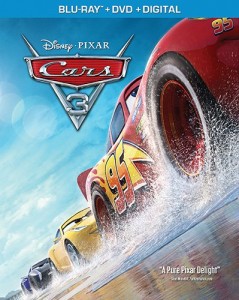 When the trailer came out for CARS 3 it wasn’t sure if this was going to be a kids movie or if it was targeted at adults because of its serious tone. Luckily, the full feature isn’t at all like this and in fact, serves more as a true sequel to the original than CARS 2 ever does. Sure it is impossible to capture that original flare and imagination from the first film, but it does a pretty good job of matching the charm. Here Lightning McQueen is sidelined after a bad crash and he watches as a young racer quickly takes his place. Now McQueen must fight his way through a variety of adventures to get back to racing and face his destiny. A fun ride that kids won’t need to see the other movies in order to enjoy, but it helps. Loads of stuff on the extras including a couple of mini movies, a host of featurettes, commentaries, deleted scenes and much more behind-the-scenes. 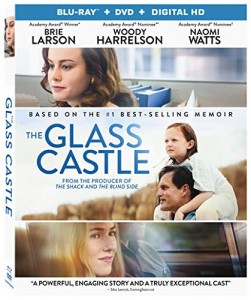 This is based on the best-selling novel of the same name starring Brie Larson, Woody Harrelson and Naomi Watts. It is the story of a turbulent childhood where Brie Larson’s character as a child was carted off across the country by her dysfunctional parents before settling into a town in West Virginia. As the film switches between her modern life and her tumultuous past, we learn more about how her childhood shaped her current relationship and career. However, as bad as it got and how wild her parents were, it was critical in creating a woman that is resilient and head-strong able to carve her own path. The Blu-ray extras includes nine deleted scenes, a making of the movie featurette, a conversation with the author Jeannette walls and other featurettes. 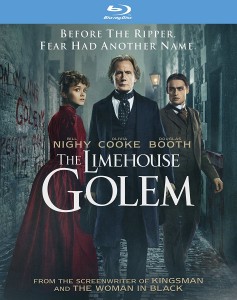 An interesting horror flick here that centers on a serial killer in London that has Scotland Yard sending investigators to dig up anything they can in order to stop the killings. It is one part mystery, one part grisly horror flick as there are plenty of graphic murders and gore involved. It is an interesting mystery because the detective that is tasked with the case while being able to narrow down the suspects, isn’t particularly the best at his job, which leads to some bumbling about missing out on some important clues to the case. This leads to an abrupt twist ending that works in some regard but in other matters misses some of the gritty nature of the overall film that takes place in 19th century London. Extras include behind-the-scenes featurettes on the making of the film. Worth checking out if you want a gritty mystery.