Pirates of the Caribbean

Also reviewed: PIRATES OF THE CARIBBEAN: DEAD MEN TELL NO TALES, CULT OF CHUCKY, A GHOST STORY and more

PIRATES OF THE CARIBBEAN: DEAD MEN TELL NO TALES 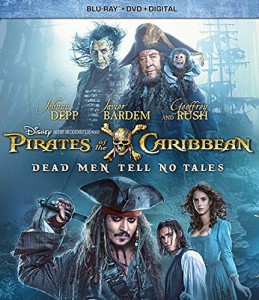 Supposedly this is the last film in the franchise, the fifth film based on a freaking amusement park ride in Disneyland. Don’t get me wrong, these films have been fun from the get-go but after five of them, it has become a little long-in-the-tooth to see Captain Jack Sparrow continually get into trouble, fumble his way through problems for two hours only to have it all work out in the end. This time Sparrow must once again deal with a deadly ghost pirate that wants to kill him and every other pirate on the sea. So in order to stop him, he has to hunt down another ancient artifact in order to defeat him. Sound familiar? It is the same plotline as probably the last two movies at the very least except with different players and special effect moments. Some real cool stuff in the bonus features includes six featurettes, deleted scenes, bloopers and more. 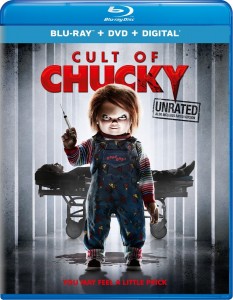 I really do like it when they try different things with franchises that have been around for a bit of time. They did this with Jason and Freddie a few times with different stories that kind of brought back the franchise to at least a semblance of relevance. CURSE OF CHUCKY came out four years ago (after an absence of nine years) and it was sort of a throwback to its roots with a self-contained story about the evil doll terrorizing a family. In CULT OF CHUCKY, the doll tries to get revenge on the main protagonist from CURSE as well as take out those that have wronged him. He accomplishes this by possessing several people and convincing them to join a cult. There are some really good connections to past movies including Chucky’s wife and Andy Barclay. So if you have enjoyed the previous movies, you’ll enjoy this one. There are three featurettes, an audio commentary and deleted scenes on the Blu-ray extras. 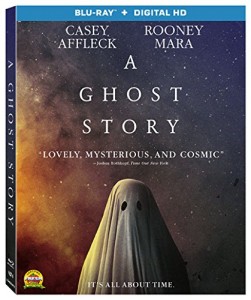 This is an interesting drama in that there isn’t a lot of dialogue at all throughout the movie. A GHOST STORY stars Casey Affleck and Rooney Mara as a young couple that buy a house and plan to begin a life together but when the man dies unexpectedly, she is left all alone. However, he begins to haunt the home in white sheet and all continuing to witness his past love move on with her life. It isn’t so much about the afterlife here but more about the emotional ties that bind us together and the torment of not having control over anything. While I wouldn’t call this a horror movie at any regard there are indeed horror elements here. It is more of a character study on the human condition and maybe the haunt of life itself. An interesting drama indeed. 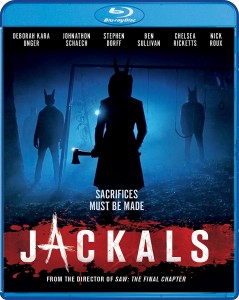 If you missed JACKALS when it had a limited theatrical run or when it came out on VOD it is now out in DVD and Blu-ray. It is a pretty good horror flick about a family that tries to convince their son that he has lost his mind and has taken an unhealthy interest in a death cult. The problem, naturally, is the death cult isn’t really ready to let him go and they proceed to lay siege to the family’s home trapping them inside and begin a campaign of terror. As far as home invasion horror flicks go this one isn’t too shabby and worth a rental at the least. 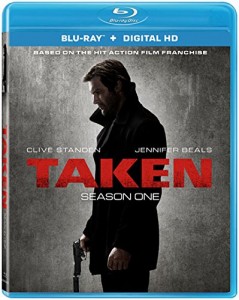 It isn’t a surprise to take a successful franchise and turn it around into a television show but making it good is a different story. Luckily, TAKEN the series isn’t half bad taking a similar premise to the movies in following former Green Beret Bryan Mills as he must extract revenge for a personal tragedy while at the same time taking a job as a covert CIA operative that, naturally, fits his particular set of skills. The series begins with a lot of action then slowly becomes more of a conspiracy uncovering series which is interesting considering the movies never really dealt with this aspect. But I guess to make things different they needed to go in a bit of a new direction, which isn’t necessarily a bad thing. 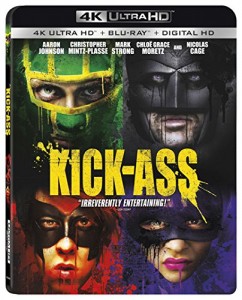 KICK-ASS is one of those cool graphic novels that actually turns into a very cool movie. Something that doesn’t always work. Often times we are left with something that is a shell of the comic that came before it and fans get super angry. KICK-ASS is the anomaly here in that it does a great job of portraying the brutality of the series along with the awesome comedy. Now it is available in 4K ultra-HD making it look simply amazing to watch in every glorious detail. And because there is enough cool special effects and action sequences this is the type of content that this format was made for. 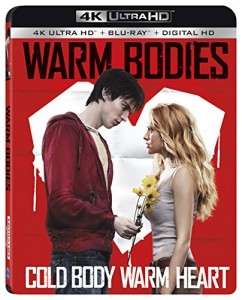 Now unlike KICK-ASS, WARM BODIES doesn’t necessarily have the special effects that the former did but it has some decent enough action flicks with zombie hordes and decent chase scenes. Because the zombie genre is pretty much been done a million times over, it is hard to come up with something new although they keep trying. This is a zombie romance which just writing it is a weird thing. A hot chick falls for an adapted zombie that has some sort of knowledge of his past life but still craves human flesh in some ways. It isn’t bad but if you expect gnarly horror find something else. Still it looks pretty damn good in 4K.