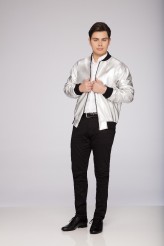 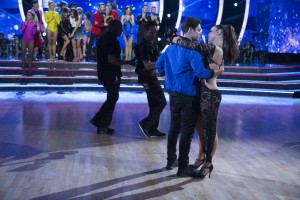 DANCING WITH THE STARS : Season 23 – The Results was a welcome addition to our Tuesday night line-up again but what was missing were the couple confessionals. Candid, quirky and off-the-cuff, the confessionals showed a playful and comical side to the celebrities after they completed their dances. You would think in a two-hour results show they would have plenty of time for confessionals. Are you listening DWTS producers? However, more importantly is who was voted off first on DWTS: S23, and that was Jake T. Austin and his partner Jenna Johnson. Sadly, the DIEGO star was told to go Diego go!

What was possibly more newsworthy is that Olympian Ryan Lochte and his partner Cheryl Burke survived the first week’s elimination. Although DWTS producers did have Lochte and Burke in jeopardy standing up against Austin and Johnson in the last few seconds with the heavy pounding theatrical music dun dun dunning throughout the studio in perhaps a calculated attempt at intense drama before booting Austin off the dance floor. Nice play guys! Stay tuned for next week!