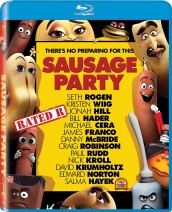 Also reviewed: THE HUNGER GAMES in 4K, INTO THE BADLANDS: SEASON 1 and more 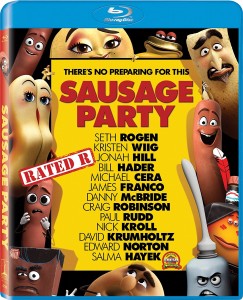 SAUSAGE PARTY – The whole idea behind SAUSAGE PARTY is a bit disturbing, that food is actually conscious and reacts to how we, well, devour them. Like I don’t want to know about my bread loving getting spread with mustard and then at the same time get eaten in extreme pain. Luckily, it is all in good, filthy and dirty-talking fun with a host of funny people including Seth Rogen, Jonah Hill, Kristen Wiig, Bill Hader, James Franco, Danny McBride and more. Obviously this is a very adult animated title so do not let your children watch as there is plenty of sex comedy, language and more. So if crude and lude comedy is your forte and don’t mind mildly OK animation, this will amuse you to no end. There is also some good stuff in the extras including a gag reel, a featurette on how something like this is made and a host of other featurettes on the making of the film. 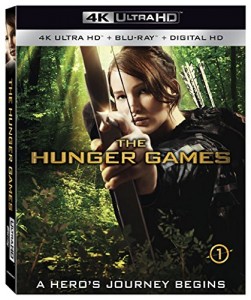 THE HUNGER GAMES FRANCHISE IN 4K – The advent of 4K resolution to the home video market is a cool thing because it doubles how good something looks over Blu-ray format as long as you have a device (TV, PC monitor) that allows you view it in 4K resolution. Much like what happened with Blu-ray, titles are slowly being rolled out. Today, Blu-ray is a very established format and equally as popular (if not more) than DVD. 4K is in its infancy and already we are having titles come out each and every week. This week, it is the entire THE HUNGER GAMES franchise with all four movies being released in 4K. Now if you thought it looked good in the theater or even on Blu-ray, it looks that much better in 4K, especially the latter two movies that have quite a bit of CGI. Definitely recommended for fans. 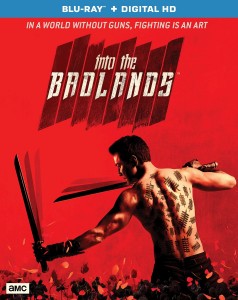 INTO THE BADLANDS: SEASON 1 – This is one of those interesting cases where an idea that seems completely off the rails actually works in a television series. One part feudal Japan, one part dystopian society, one part kung fu, INTO THE BADLANDS is set a long way into the future where some cataclysm happened and killed off much of the world’s population. What emerged was a feudal society divided into several different areas all run by Barons that control the population. Each with their own army of assassins they fight for power among each other trying to gain even more power. Much like many shows on AMC, the production is top notch with lush environments and plenty of good action. The special features include a number of featurettes that include a breakdown of the fight scenes, a making of, a look at the characters and much more. If you don’t get AMC and heard about this series, a good time to catch up with the second season slated to come sometime next year. 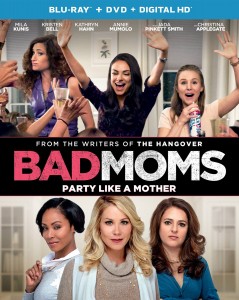 BAD MOMS – This technically came out last week but I missed it so here we go. A group of moms decided to get together and go see this in my neighborhood posting about it on Facebook and other social media regarding their journey. They loved it. Couldn’t stop laughing. I found it very funny in a lot of parts and could definitely relate to most of the jokes going on involving. That said, there are some things that only women will be able to relate to such a the overall competition between women that seems to happen regardless of like minds. Still Mila Kunis, Kristen Bell and more do an excellent job in portraying loving mothers that still want to have some fun but have to deal with brats running around trying to ruin their good time. So bottom line, everyone will enjoy it, moms will probably get a kick out it more than others.