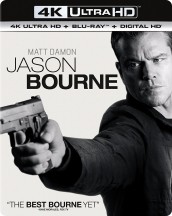 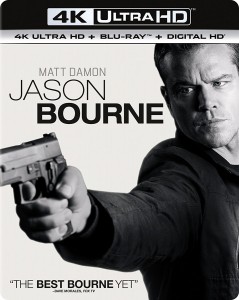 JASON BOURNE in 4K– So here’s the thing about this installment of JASON BOURNE, it isn’t the best of the franchise for sure. But definitely beats the pants of the previous movie that did not feature Matt Damon. Luckily, the action and thrill of the previous movies are still here but what’s missing is the espionage factor as there are only so many secrets that are left to reveal. Pretty much everything has been revealed (and revealed again) in all the other movies. Still, there is a strong cast here in addition to Damon including Tommy Lee Jones, Alicia Vikander, Vincent Cassel and more. The cool thing here is also that there is a good lack of CGI and we get real stunts, real car chases and real action. Which all comes across extremely awesome in 4K resolution. If you thought, Blu-ray was good, 4K is that much better and it shows especially in an action flick like this. 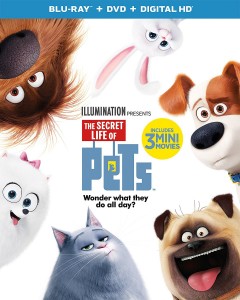 THE SECRET LIFE OF PETS – This is just a fun movie. While it doesn’t pack the impressive visuals of a Disney or Pixar animated flick, what is here is pretty damn good and is a lot of fun for kids, especially those with pets of their own that are curious just what they do when you leave. Gotta be honest, I’m kinda curious what they do as well. While this isn’t reality, the interactions of the pets are pretty spot on from dogs waiting for their masters to come home, cats getting into crazy situations, birds dreaming of flying free and more. The plot is rather simple in the main pets get lost from home and have to find their way back meeting a clan of discarded pets that live in the sewer to fight against humans. But the delivery is fun and your kid’s will love it. 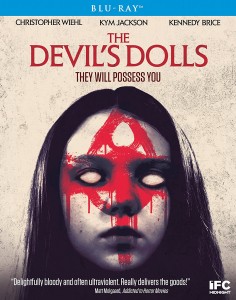 THE DEVIL’S DOLLS – An interesting take on the voodoo and zombie craze about a voodoo priestess that takes dolls that make people lose their minds and kill people in fits of gnarly rage. While over-the-top in that there is just so much blood being split in this movie that it rivals the EVIL DEAD when there is really no way for this to be happening, it still has some decent ideas about how evil can travel from person to person. While the plot isn’t all that sophisticated or clever, the kills are good (despite the blood) and the ideas are interesting and the fact it comes from Scream Factory and IFC is a notch in its favor. 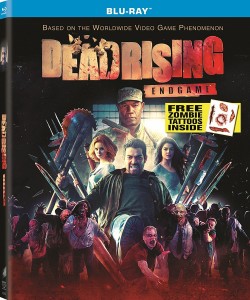 DEAD RISING: ENDGAME – Originally airing on the Crackle channel, this is the second film based on the popular video game franchise. Now, video game movies have long been the bad joke of the entertainment world in that they just suck. From everything Uwe Boll put out to DOOM, to TOMB RAIDER, to STREET FIGHTER, to HITMAN and more, they are all pretty terrible. Now you could make a case that RESIDENT EVIL is alright. Luckily, they did right by this and the previous movie by keeping what makes these games fun in the humor, the wild characters, the amazing creations of weapons and most importantly not taking itself too seriously. The zombies and horror are pretty tame here as like I said it doesn’t take itself too seriously but still fun times and worth checking out. 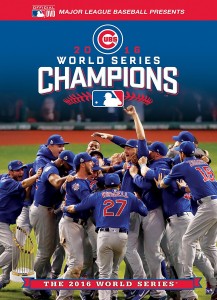 2016 WORLD SERIES CHAMPIONS: CHICAGO CUBS – It took more than 100 years but they finally did and in dramatic fashion in the World Series that saw the Chicago Cubs victorious. Now relive the entire series on spinning plates with the movie based on the team’s success from the regular season that saw the team win their division, through the playoffs and then rallying to come back in the World Series to beat the Cleveland Indians. While it does not have the full games, there are still plenty of highlights as well as footage of the parade that was held in Chicago. A must have for fans. 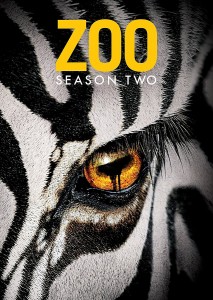 ZOO: SEASON TWO – The best wild animals gain intelligence in order to put the human race in extinction mode series ever. When we left off, the world had erupted in chaos as the animals who were one step below the top of the food chain rallied together in the ultimate team-up to put man out to pasture (so to speak). Season Two is more of the same as it is all out war in animals versus humans and humans have a plan to wipe out all animal life on the planet. But some tree huggers think that’s a bad idea and try to learn a plan to stop the governments of the world and the animals at the same time. More animal mauling, more human mauling, more dramatic music, more preposterous exposition but all-in-all kinda enjoyable on a leave-your-brain-at-the-door level. 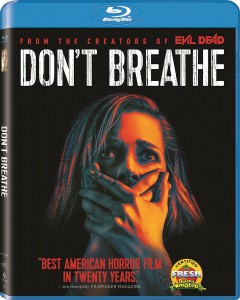 DON’T BREATHE – Sometimes you don’t need a lot to make a good horror flick. DON’T BREATHE is one of these as it takes place almost entirely in a beaten up old house where a trio of thieves look to make a quick score on a blind guy. But they get more than they bargained for as the blind guy is an ex badass soldier and his house is not just full of traps but he knows it like no other because of the whole blind thing. So it becomes a game of cat and mouse as the thieves try to remain silent while looking for ways to escape. But the blind guy (played excellently by AVATAR’s Stephen Lang) isn’t just a kind good hearted guy looking to protect his stuff as he also has a pretty evil agenda. Very intense and a film that is pretty different from other flicks out there. Worth checking out indeed.