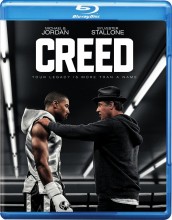 Also reviewed: THE NIGHT BEFORE, NARCOPOLIS, THE BOY and more

This week there are some really good films out including THE DANISH GIRL and ROOM that took home Oscars at the recent Academy Awards but also others that didn’t make the cut at the awards show. This week also marks the debut of many 4K titles being released. For those that don’t know, 4K is the ultra HD version of movies that looks even that much better than Blu-ray, bringing an even better experience to home video. 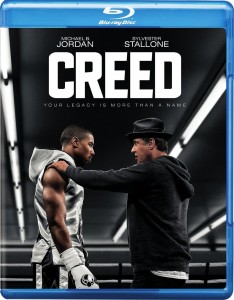 CREED – Call it ROCKY VII, call it a reboot, call it a re-imagining, call it late for dinner, there is one thing that CREED is: very good. It also brings the entire franchise full circle with the once prince of boxing teaching a new up-and-comer (who happens to be the son of his greatest rival) the literal ropes of the ring. But first Rocky (Sylvester Stallone) must teach him that it takes more than just talent to win a championship and heart is just as important as skills. Michael B. Jordan, who was robbed by the Academy Awards in at the very least a nomination, does an amazing job as the young fighter looking to match his father’s path to glory. Jordan has come a long way from his time in FRIDAY NIGHT LIGHTS and proves he is one of the best young actors going in Hollywood and will have a bright path ahead of him. While the boxing aspects of the movie may not be as great as some of the older Rocky movies, the drama and storyline are top notch and should be considered as one of the better movies from last year. It is a must see for fans of the other movies and the full circle treatment of Rocky and what he goes through in the film while trying to help this young man is just good entertainment and worth seeing. 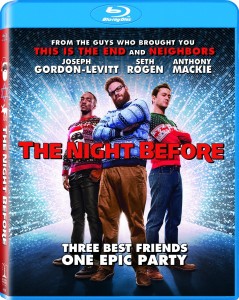 THE NIGHT BEFORE – There seems to be a theme when it comes to Seth Rogen movies: Rogen gets a woman pregnant, hilarity ensues; Rogen faces the end of the world, hilarity ensues; Rogen moves next door to a frat house, hilarity ensues. Onward it goes until we have THE NIGHT BEFORE, which is Rogen comes into adulthood, hilarity ensues. On Christmas Eve, Rogen and his best pals (including Joseph Gordon-Levitt and Anthony Mackie) get together for their annual night of fun but when they come to realization they are too old for this sh**, they make it a goal to find the Holy Grail of Christmas parties. Now, unlike most Rogen flicks, having such a strong supporting cast allows whatever he does be balanced by the funny stuff that the others do. Rogen is Rogen and seems to always be no matter what scenario he is placed in but Mackie proves he can do more than slap on artificial wings and Gordon-Levitt is always good. So when it comes to Rogen flicks, you could do a lot worse and there is some decent comedy here, so it is worthwhile watching. 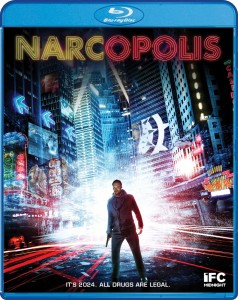 NARCOPOLIS – Those against the legalization of drugs area going to hate NARCOPOLIS, a film that takes the idea that by 2024 all drugs have been legalized and now big corporations, not the black market, are the ones making money hand over fist. With some states in the union and other countries already legalizing some drugs, it is an interesting idea and one that may not be far off from reality in the future. Here the storyline gets bogged down in a crime where a detective must clear his name after being framed in typical fashion. The good news is that the overall plotline is not something that has been done numerous times over, the production is well done and it has Gaius Balter (James Callis) as one of the leads for any big BATTLESTAR GALACTICA fans. The trouble is that there isn’t a lot of action here and more time is spent building the characters rather than exploring more of the consequences of big corporations running the drug trade. Still, science fiction fans will get a kick out of the flick. 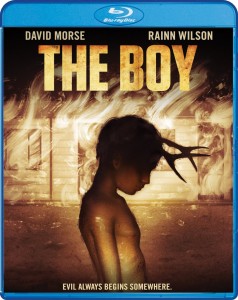 THE BOY – THE BOY is a decent enough horror with some interesting ideas about the idea of evil and how it is born within people. Ted (the boy in question) lives with his father in a dilapidated motel and becomes obsessed with death first with animals that he collects along the road for small change. He learns his estranged mother is in Florida and wants to go there but his father forbids it. But when a stranger arrives at the motel, he and the boy bond and the man reveals he may have a way for Ted to get to Florida. But with this bonding, the man opens up new possibilities for Ted to get closer to his love – his fascination with death. The birth of a serial killer is an interesting aspect in any film and here we get a real glimpse of how someone that does terrible deeds may begin their career as a killer. Not very scary or terrifying at all, but the psychological aspects and interesting ideas about how evil begins is worth checking out. 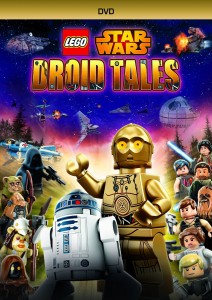 LEGO STAR WARS: DROID TALES – They have done a great job with these LEGO movies with the focus on anything from superheroes to popular films and most recently a host of STAR WARS films that amusing bridge the gaps between the films. This time, the focus is on R2-D2 and C-3PO that begin to reminisce about the good ole times of being kidnapped, torn apart, left for dead and more during the original trilogy. However, during recollection someone is accidentally kidnapped and a whole new adventure begins for the infamous droids. The good thing about these movies is that they are good for everyone, because STAR WARS is universally loved by most people, even adults can get a kick out of the craziness that happens in DROID TALES. It is a fun ride with some of your favorite characters that you have grown to love in adorable Lego form.

4K releases this week: As stated before the birth of 4K titles is here after a long wait and those with a compatible 4K television and Blu-ray player can enjoy. The titles out this week include MAD MAX: FURY ROAD, THE LAST WITCH HUNTER, THE EXPENDABLES 3, SAN ANDREAS, PAN (lol) and ENDER’S GAME.