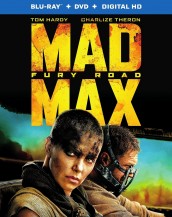 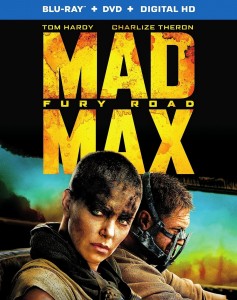 MAD MAX: FURY ROAD – There have been a host of big budget blockbusters in 2015 from THE AVENGERS: AGE OF ULTRON, to FAST & FURIOUS 7, to JURASSIC WORLD and more. But for my money, the best of them all is MAD MAX: FURY ROAD. Amazing wasteland environments, non-stop action sequences, crazy characters and an awesome world make it one of the best action films to come along in quite some time. This is even with Max (Tom Hardy) being what could certainly be called a secondary character in film named after him. Max is the same Max we have seen in all the other movies but harkens more to THE ROAD WARRIOR (someone only looking out for himself) compared to the Max is in BEYOND THUNDERDOME where he talks more, cares more. In FURY ROAD, Max grunts more than he speaks and he lets his actions dictate what he does. Of course, he finds himself in a situation once again where he must help others in this case the tortured “wives” of a wasteland zealot that controls all the water and food given to what remains of humanity. These wives escape by hitching a ride with driver Furiosa (Charlize Theron) and begins a movie-long car chase through the desert. Furiosa becomes the centerpiece of the movie and Max learns she is key to this whole endeavor and goes out of his way to protect her. It is an interesting dynamic for one that begins so at odds at the beginning of the movie. While not a lot of this relationship is grown via dialogue it is more through their bonds of survival and hatred of those seeking their deaths or capture. It has taken many years, decades even, to make another MAX film but it was worth it rivals anything that has come before it. Highly recommended. 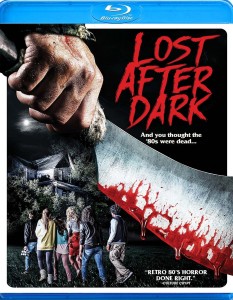 LOST AFTER DARK – I wish I could really like LOST AFTER DARK because it is an interesting slasher flick. Set in 1984, the film takes all the cheesy, over-the-top pop culture icons of the time along with built-in film distortions characteristic of the VHS format of the era. It also harkens back to the salad days of the slasher where you could get away with a simple story of brainless teens getting stranded in the middle of nowhere and taking residence in an eerie-looking house. The problem is that it doesn’t have the fun that many of similar films going for the old school feel have by not poking fun at itself. It is a straight slasher with the hook being that it should have been made in 1984. It’s interesting because even the title gives a feeling that what you will see is going to be a horror comedy. Even the title, LOST AFTER DARK, is one of those general settings that every 80s slasher flick had. Every movie featured idiot teens lost after dark and you’d think they would use this as a basis for what comes in the movie. But that never happens. And while seeing all the retro technology, hairdos and outfits is fun, because there is no other hook, it becomes a garden-variety slasher flick that could have been made in any decade if you didn’t have the old school environment. That said, there is some decent deaths and gore and just for nostalgia alone might be worth checking out. 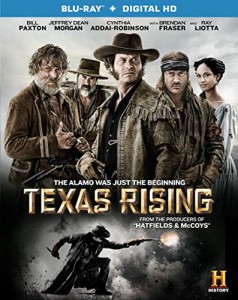 TEXAS RISING – History did a great job of bringing a classic tale to a fictional drama in the HATFIELDS AND MCCOYS, with a tale of revenge, vengeance and bad blood. They capitalized on that mini-series to bring TEXAS RISING to air featuring a similar Wild West theme this time focusing on the true story of Texas fighting for its freedom against Mexico. Bill Paxton, who was also in HATFIELDS, stars as Sam Houston a ranger who gathers a group of men including outlaws, criminals and a Comanche to fight against an enemy that far outnumbers them. This is the story of how the Texas Rangers were formed and relies on real events to tell the story. The cool thing is that not only is Paxton in it but other well-known stars such as Jeffrey Dean Morgan, Ray Liotta, Brendan Fraser, Thomas Janes and more. If you are into history and Wild West tales, this is one you will enjoy this new mini-series from History channel. 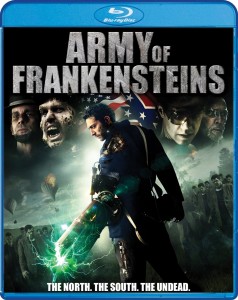 ARMY OF FRANKENSTEINS – It is interesting that a cottage industry has been created in the horror genre centering on Frankenstein’s monster. Over the last few years there have been a whole slew of movies that takes the original premise of a mad doctor piecing together body parts to form a super monster and putting a new twist on it. This time, we are in the late 19th century during the American Civil War where a mad scientist accidently opens a ripple in time and space pulling numerous Frankensteins from across different parallel universes creating an ARMY OF FRANKENSTEINS. But what will he do with them now and how will impact a fictional Civil War landscape? It is an interesting movie that pulls no punches in how outrageous the idea is and never really takes itself seriously, which is good because there is nothing here to take seriously just crazy carnage. Worth checking out. 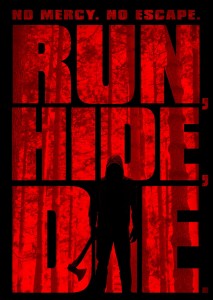 RUN, HIDE, DIE – The first half of RUN, HIDE, DIE is an interesting look into a group of female friends dealing with a variety of issues including the death of one of the woman’s husbands. The interactions between the women are genuine and well-written. Unfortunately, it doesn’t last and we soon get a pretty standard super-low budget revenge flick that tries to have elements of torture porn. Apparently, the parents of the dead husband didn’t believe it was a simple breaking-and-entering that killed their poor boy and something more nefarious happened. So instead of, you know, hiring an investigator or consulting the legal system, they decide to round up the wife’s friends and torture them because, well, why not. It is fairly hard to believe that a woman in her late 50s or early 60s would be able to overpower a group of twentysomethings but then we never really deal with reality in many of these horror flicks. So if you have an itch for a horror murder flick this might do the trick but there is nothing out of the ordinary here. 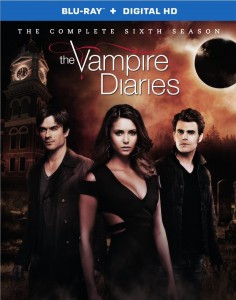 THE VAMPIRE DIARIES: THE COMPLETE SIXTH SEASON – It will be interesting to see how THE VAMPIRE DIARIES goes forward without its main character in Nina Dobrev as Elena Gilbert. Apparently, the show will shuffle things up by moving the entire plotline forward in time to give the characters a whole new starting point. Smart move. Season six deals with the after-effects of the previous season with the characters returning from the Other Side and exploring the duality of good and evil in them. We see old characters return and have a major impact on the entire cast and, of course, all leading to the moment where Elena departs leaving the entire show battered and broken in the process. Given all this, a reset of the timeline is a good idea and will set up the show to push forward in new directions. So if you missed out on what happened in Season 6 and you probably need to be considering the major events that unfolded, then this is your chance to catch up. 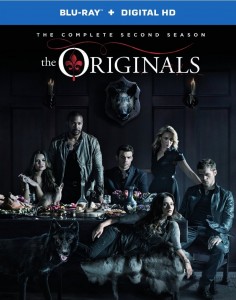 THE ORIGINALS: THE COMPLETE SECOND SEASON – The third season of THE ORIGINALS is coming soon and the plan is to focus on the Mikaelson family, naturally, but also on other characters on the show that have not had as much focus such as the witch Vincent Griffith. In Season 2, Vincent turned down the responsibility to lead the New Orleans Witch Community instead convincing Davina to take the job. Season 2 also saw Klaus Mikaelson return to New Orleans to find Hayley pregnant with his child and his protégé Marcel running the French Quarter. We see a bloody war between vamps and witches take place and a struggle for power within the werewolf community. With Season 3 rapidly approaching, now is a good time to catch up on what you missed and get ready for the new season. 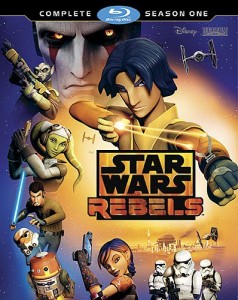 STAR WARS: REBELS – COMPLETE SEASON ONE – The Disney XD channel series STAR WARS: REBELS takes place 14 years after REVENGE OF THE SITH and 5 years prior to STAR WARS: A NEW HOPE. With the Empire in full control of a galaxy far, far away, those fighting against the Emperor and Darth Vader are hunted. But with the help of Jedi Master Yoda and other characters you will definitely recognize, a small band of rebels go on daring adventures to fight against them. The second season of the animated STAR WARS series is gearing up and if you missed the first season, now is your chance to check it out. The first season consists of 15 episodes, a full movie and four animated shorts all contained within this DVD. The show focuses on six main characters: teenage con artist Erza, former Jedi Kanan, tough guy Zeb, astromech droid C1-10P, explosive expert Sabine Wren and a Twi’lek pilot named Hera. The REBELS fight the Imperial forces in a starship called Ghost, an old cargo ship that has been transformed into a vessel that can dogfight with the Empire with plenty of firepower. Sound familiar? The series will appeal to your kids but you will also get a kick out of it if you enjoy anything STAR WARS.