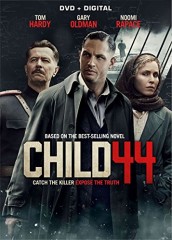 Reviewed this week: CHILD 44, WYRMWOOD, BURYING THE EX and more 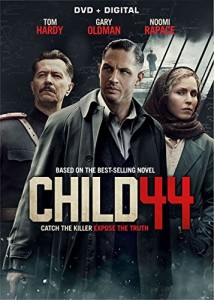 CHILD 44 – This is an interesting thriller about Russia at the beginning of the Cold War and the years following World War II. Because Stalin believes that Russia is superior to other countries it is not susceptible to things such as homicide and evil doers. But when a former soldier turned investigator finds a young boy dead and naked, he believes it is the work of someone in the country that murdered him. Soon he pieces together there are more than just one child dead. However, the Russian government continues to believe that the killings of these children were due to accidents and looks to squelch the investigation in the most extreme measures – killing the investigator and his wife. Soon he finds an ally in a general with young children of his own and they seek to track down the killer to expose that Russia has evil people just like other nations. It is an interesting look at the country especially during the time frame where there just aren’t a lot of stories told. And CHILD 44 has a strong cast with MAD MAX’s Tom Hardy, Gary Oldman and Noomi Rapace. 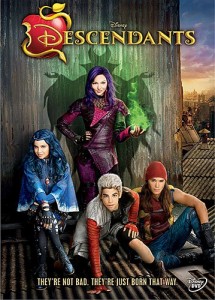 DESCENDANTS – When it comes to the mythology of Disney characters, there isn’t a lot of new takes you can establish with the characters that have been around for ages. That’s why Disney creates new characters to tell new stories. But what if those classic characters had children? What would their stories be and how would the act in the same mythical land where Snow White, Aurora, Jasmine and others reside? Well, that’s where DESCENDANTS comes in. When the next generation from the Isle of the Lost get invited to attend the same prep school alongside the children of Disney’s heroes, will they follow the same path as their parents? Or will they become good guys? What’s cool about DESCENDANTS is that it takes the music teens and tweens enjoy and mixes it with the mythology they know all-to-well creating a HIGH SCHOOL MUSICAL meets Disneyland vibe. Your kids will love it. You, however, should probably start drinking. 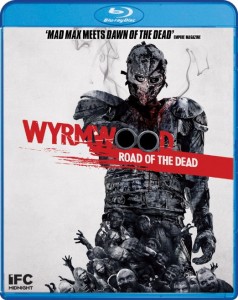 WYRMWOOD: ROAD OF THE DEAD – This is what zombie movies need to do to keep fresh. Not just give it a whole new spin but offer up a story that is serious and hilarious in one fell swoop. WYRMWOOD takes place Australia where after a meteor shower the dead come back to life but this time instead of just being fast or being slow, they are fast at night and slow during the day. The film explains this through the gas the zombies emit. Gas that later becomes a fuel source for the survivors. “This truck runs on zombies.” During the day, the zombies don’t use the gas so they move slowly but in the night they use it to move faster. All the while there’s a very MAD MAX vibe going on with the struggle for fuel and traveling along long distance roads to really nowhere. Also there is a pretty cool hook where due to a crazy experiment one of the survivors has the ability to control zombies in a certain way. It really is a pretty good wrinkle on what has become a very tired genre in horror. While there are still some good stuff out there such as THE WALKING DEAD, good zombie movies are few and far between and this one is definitely one of the good ones. 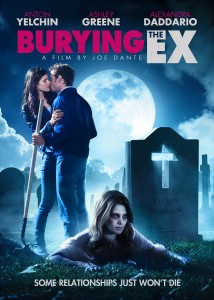 BURYING THE EX – Speaking of a change of pace in the horror genre, Joe Dante’s latest take on the romance gone wrong is a hilarious one. When a Max (Anton Yelchin) moves with his girlfriend Evelyn (Ashley Greene) it seems like a good deal. But when she throws out his horror merchandise and redecorates their apartment he begins to wonder what he got himself into. But when an accident takes her life, he’s sad about it but in some ways not so sad. He meets his dream girl Olivia (the amazing Alexandra Daddario) and things go well until Evelyn returns from the dead determined to make their relationship work. What follows is a zombie-filled romp through the tribulations of budding romance and trying to bury the past – literally. BURYING THE EX does a great job of being a comedy and not taking the horror aspect too seriously but while offering up a story that hasn’t been done in this way before. Definitely worth checking out. 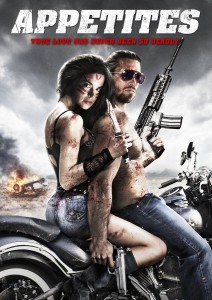 APPETITES – Call it a twisted BONNIE & CLYDE or ROMEO & JULIET. One is a hunter but not of the conventional kind. Instead she hunts people in a remote area for the thrill of the kill and for something else. She just happens to be a cannibal that needs the meat to feed her crazy brother that has a taste for human flesh. She also dabbles a bit with cannibalism herself. When she runs into a handsome wanderer she is drawn to him. But he holds his own secret. He hates tattoos on women. In fact, he hates tattoos on chicks so much that he kills them because of it. When they get together, the chemistry is there but the trust isn’t and with a detective investigating the wanderer things quickly become complicated. APPETITES isn’t bad in that it keeps your interest going and there are some decent amounts of blood, deaths and boobs but it certainly is a B movie so don’t expect much. 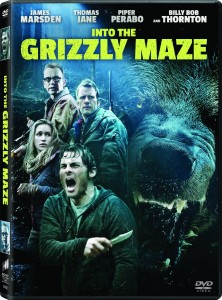 INTO THE GRIZZLY MAZE – It is quite shocking when a direct-to-video title has so many known actors in it that you wonder how they all signed on to a project that wasn’t likely going to garner the attention of mainstream consumers. INTO THE GRIZZLY MAZE is filled with actors that you recognize such as Billy Bob Thornton, Scott Glenn, James Marsden, Thomas Jane and Piper Perabo. Now as Hollywood changes and younger, fresher stars become the focal point it is not surprising when an actor decides to take what they can. And it has been happening rapidly with Thomas Jane (who has become a new king of direct-to-video), Bruce Willis, John Cusack and others. But for all of them to be in one movie it must be at the very least a decent project. Well … maybe not so much. INTO THE GRIZZLY MAZE is like a high profile SyFy Channel giant beast movie. After a group of hunters poach one-too-many bears, a pissed off momma bear comes a calling, calling for blood! So a group consisting of the sheriff, his brother and two tree huggers set off to put an end to its mauling and eating of people. The good news is that this is a high production value SyFy film and the location is very nice and pretty. So there’s that. 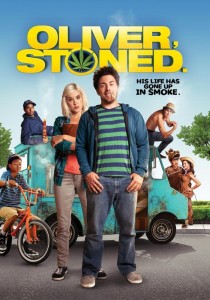 OLIVER, STONED – When it comes to pot movies, OLIVER, STONED is not going to rank anywhere in the Top 10. The story revolves around a lazy twentysomething that spends all of his days getting high instead of helping out the family business at a car detail shop. When one of the car he takes for detailing gets stolen, he goes on an adventure trying to track it down but keeps getting derailed because of his addiction to marijuana. Along the way he finds a cool chick that tags along, sells ice cream out of a truck, gets involved in a fight between drug dealers and learns the meaning of life. OK, that last one isn’t even close to what happens. As far as comedies go it has some amusing moments but again when talking about the laugh out loud funny pot movies that have come along, this one lacks in the laugh department. But if you have nothing left in your queue to watch, it might be worth checking out.